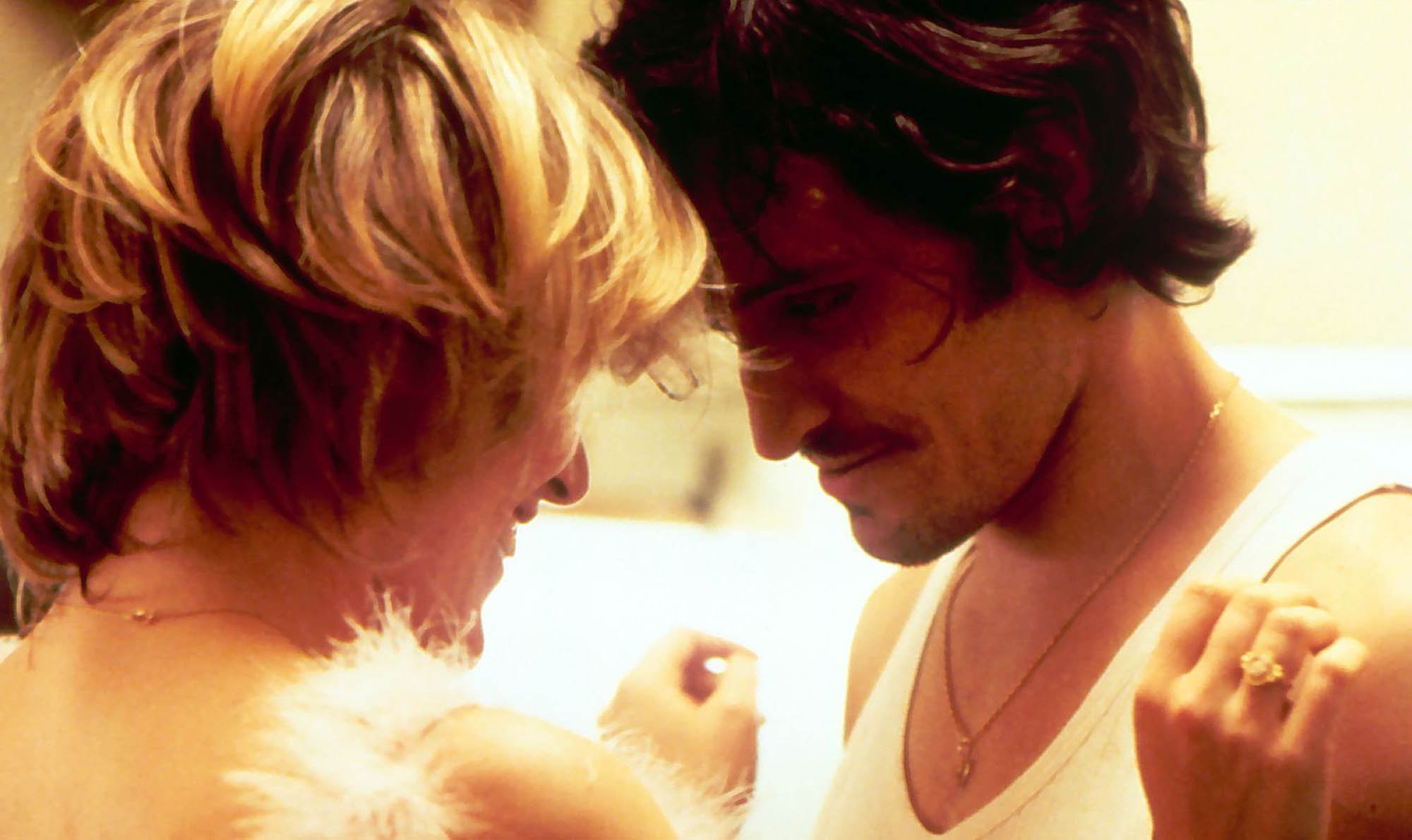 A sibling drama of unsentimental urban grit and swooning lyricism, Nénette and Boni meditates on the myriad permutations of love and sensuality, from familial longings to food fetishes. Of the title’s brother and sister raised by different parents who reconnect after slap-fights and mutual invasions of privacy, Claire Denis and her invaluable cinematographer Agnès Godard lavish most of their fascinated gaze on Marseilles pizza van operator Boni (Denis regular Grégoire Colin), a beautiful 20-year-old brute somewhat in the mold of young Brando or Belmondo. Boni lusts for a giggly neighborhood baker’s wife (Valeria Bruni-Tedeschi) about whom he pens masturbatory odes and rape fantasies; yet the characterization isn’t creepy, because this big-nosed hunkling is a self-described “wimp” who is too abashed to do more than order a “hot French stick” from his lust object at the bakery counter. Denis and Godard suffer from no similar reticence; aside from doting on his pet rabbit and pounding the heavy bag in a boxing-gym frenzy, Boni’s passion is expressed through masturbation, and the camera caresses Colin’s muscled torso from neck to groin, his back arching as he pleasures himself (the audience gets to know nearly every pore of him). Leading a solipsistic existence in his dead mother’s house, this lost boy gives a sleepy morning grin as he reaches across his bed to caress…his new black-market Italian coffeemaker.

First seen rising like a 15-year-old Athena from the swimming pool of the boarding school she’s about to flee, tight-curled Nénette (Alice Houri) presents her pregnant, fugitive self to her hostile brother as he’s mid-jerkoff. As sullen as Boni but seemingly drained of all brio by life with their father (Jacques Nolot), a mobster-indebted retailer of electric lamps, Nénette slowly usurps the maternal role in her sib’s daily world—“Who told you to do the dishes? This isn’t your house!” is his first impotent protest—until she’s spoon-feeding him dinner as he lies, pliant and childlike, beneath a blanket. When the film’s last act turns to the resolution of the girl’s advanced pregnancy, Denis pulls out a couple of melodramatic tropes, but pulls back from any sort of operatic conclusion. Amid the port-city hustles and phone-card scams of Marseilles street life, Boni’s capacity to nurture has been improbably reanimated, and quizzical Nénette, casting an askew look from a bench swing, has delivered him from a dead end of anomic fantasy.

Denis’s elliptical narrative style has seldom been this graceful; while certain plot points (like the source of Nénette’s wad of cash) are left somewhat open, the film is a model of clarity next to her forbidding The Intruder. The director is most impressionistic in sequences of Boni’s erotic reveries, employing frame-skipping and prismatic opticals. But perhaps the bedrock of Nénette and Boni’s fluid structure is the recurring counterpoint of unironic domestic joy embodied by Boni’s idolized neighbor and her dough-stained, moonstruck husband (Vincent Gallo, in what must be the most benign role of his career). The flashback where barmaid Bruni-Tedeschi twirls and laughs in embarrassed delight as her future husband eyeballs her as “God Only Knows” peals out is one of the giddiest musical moments in recent decades of cinema, and nearly matched by their bakery kitchen dance to “Tiny Tears” by the British band Tindersticks, who authored and performed the score. Boni’s instinctive lust for the bun-serving wife is no threat to this bond; when he unexpectedly meets the dream woman out shopping, and she can only babble uncomfortably how mating is just at the mercy of “pheronomes,” Colin’s overwhelmed silence is eloquently telling.