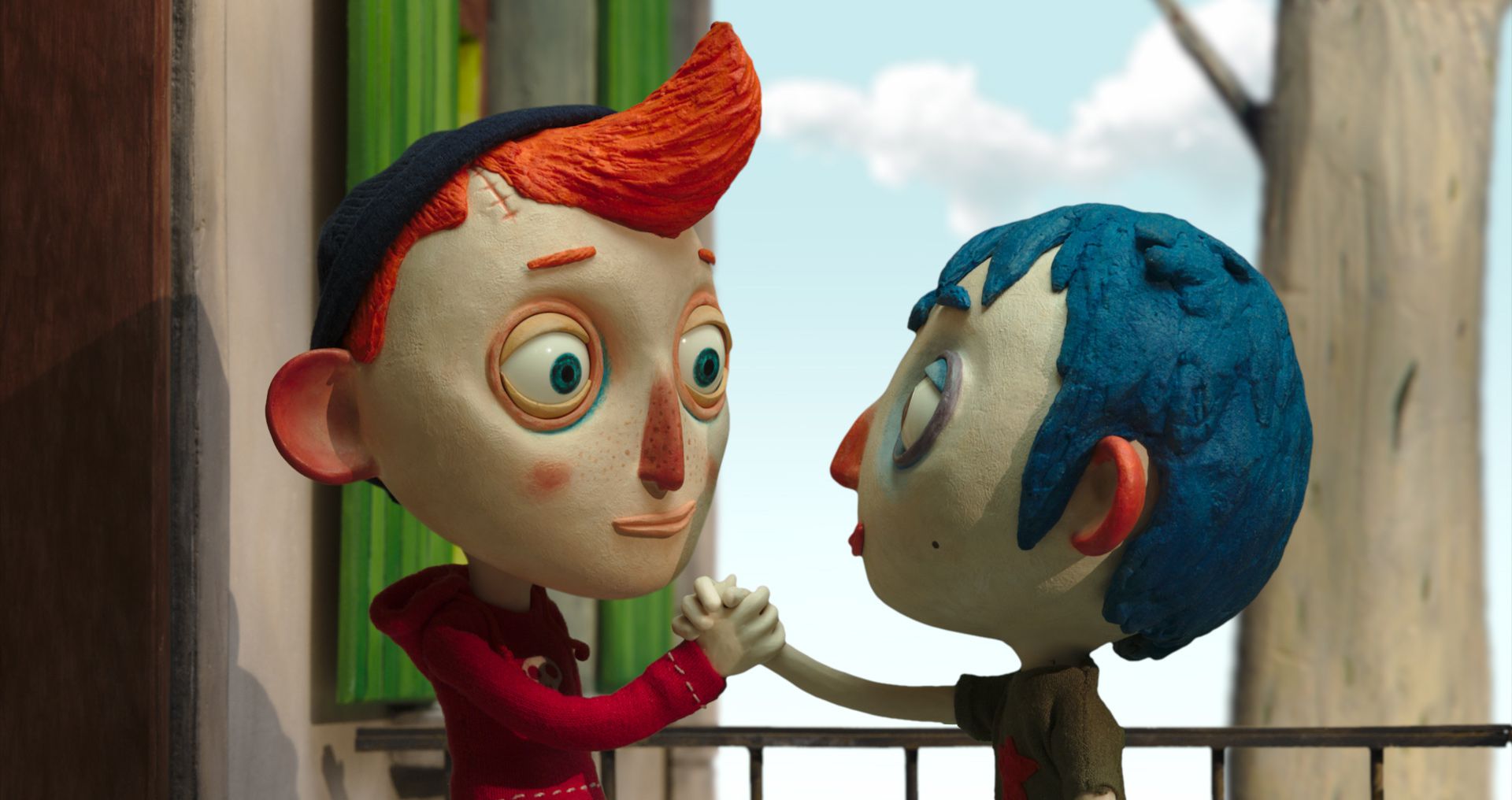 The pre-teen orphans that populate the stop-motion animated film My Life As a Zucchini look strung out, like outcasts from the Island of Misfit Toys. They’ve got overlong limbs and oblong, pasty heads, and their eyes have weary rings of red, orange, blue, or whatever their hair color happens to be. The children, who live in a quaint foster home, have backstories to match their haunted eyes: They’re innocent victims of or bystanders to abuse, alcoholism, murder, and deportation. In the early scenes of Claude Barras’s Oscar-nominated film, these faces seem defined by sorrow and worry, but the marvel of My Life As a Zucchini is how it conveys trauma with an understatement that never feels oblique.

Céline Sciamma (Girlhood, Tomboy), who deftly adapted the screenplay from Gilles Paris’s 2002 YA novel Autobiographie d’une Courgette, has a keen sense for how children process events beyond their full comprehension. Blue-haired Icare, the film’s main character, is introduced in an attic bedroom littered with beer cans, and where he draws a superhero on a kite, ties it to a chair, and flies it out of his window. As scenes go by, each of these details gets a gradual, incomplete shading, suggesting—but not fully explaining—the circumstances of his upbringing. Icare’s father is absent, and his mother, who perhaps not lovingly calls him Courgette (French for zucchini), dies within minutes of the film’s opening. When a kindly police officer ushers him to an orphanage, it seems like Courgette’s childhood has ended abruptly.

The film’s rudimentary script and barebones mise-en-scène imbue the proceedings with absence and melancholy, but despite its familiar storylines of abandonment and rebellion, every scene plays out with equal measures of restraint and tenderness. Simon, an alpha dog with a shock of red hair, bullies Courgette until he realizes he’d rather have a friend. (“There’s nobody left to love us,” Simon says in one of the film’s many moments of casual devastation.) Camille, a new girl who catches Courgette’s eye, hides in a closet whenever her aunt comes to pick her up for a weekend of release from the home. Bea, whose mother was deported by French authorities, squeals and runs to the front door whenever a car pulls up to the home, assuming her mom has been readmitted into the country. Most of the adults in the film feel seem guided by a compassion that stems from an ill-defined but potent loss.

Pervaded by tragedy but full of little charms and modest whimsy, My Life As a Zucchini is indebted to the work of Charles Schultz. The script and unobtrusive direction foster the episodic vibe of a televised Peanuts special, arriving at an ineffable sense of redemption just by depicting kids being kids despite the horrors they’ve witnessed. The film runs a scant 66 minutes and never seems to be in any particular rush, allowing for quick, charming moments like a trip to a ski chalet and an adorable post-punk dance party. In its rigorous modesty, My Life As a Zucchini avoids being overburdened by the literal and psychic scars of its melancholy characters. The film circumvents bleakness with a thoroughgoing commitment to understanding and intimacy.