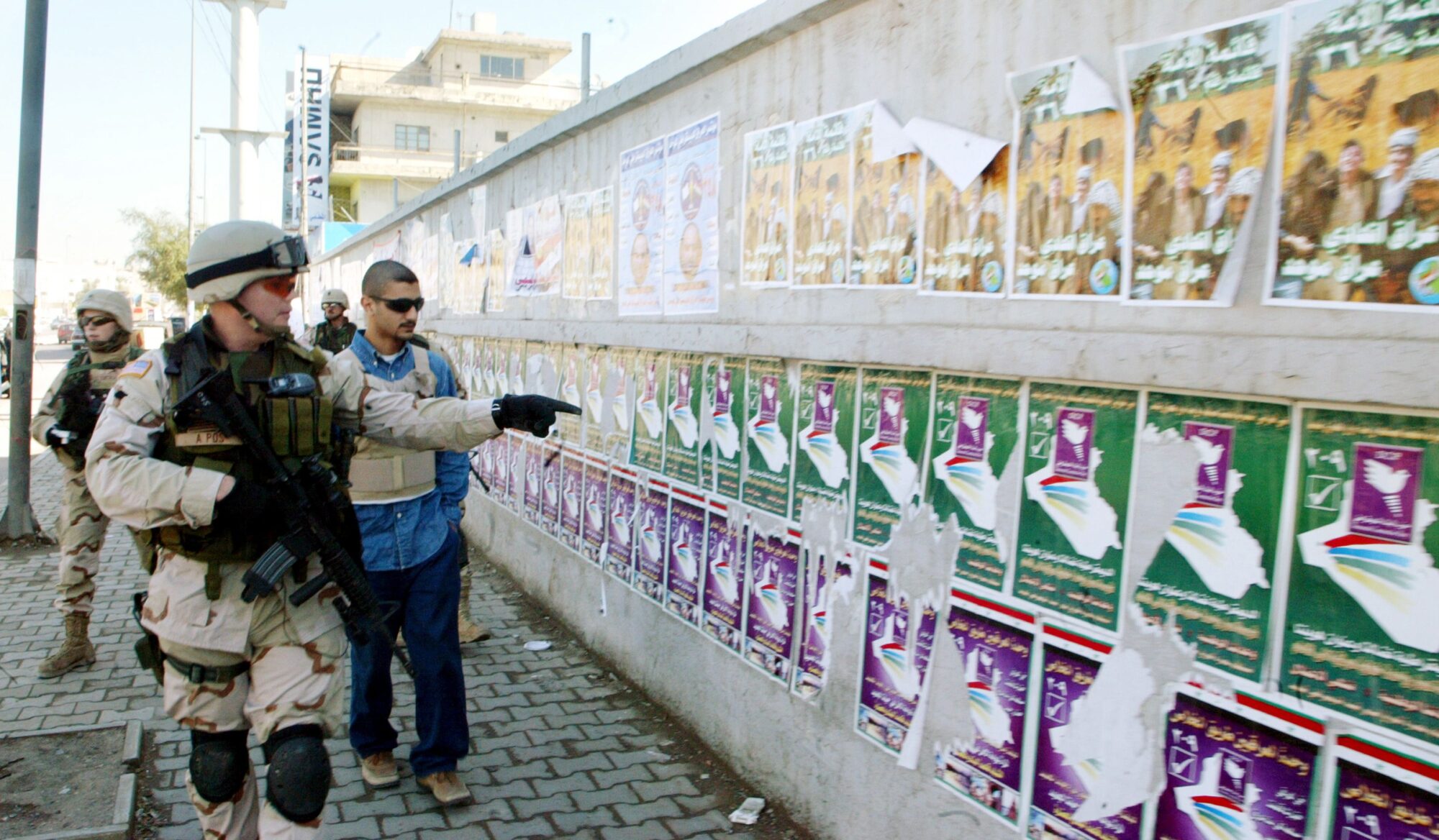 Partially observing the six-month run-up to Iraq’s 2005 parliamentary elections through the bifocaled eyes of Baghdad physician, family man, and Sunni party candidate Dr. Riyadh, Laura Poitras’s My Country, My Country depicts the way in which managing perception of the ongoing war is as vital as any battlefield success or failure. From an American security briefing speaker explaining to his staff that their most crucial goal is making sure “Joe Iraqi” believes the upcoming events have been carried out fairly, to an Australian defense contractor hired to oversee voting areas and ballot transport because, unlike uniformed coalition soldiers, his plainclothes employees look more impartial, the film deftly elucidates the importance of creating an appearance of legitimacy.

While such appearances may serve the interests of the United States—eager to put a happy face on problematic circumstances—as much as those of Iraq, Poitras never spins the composed (if at this point mildly outdated) My Country, My Country into a heavy-handed polemic. Instead, instances of depressing absurdity (an official vainly psyching up a newly trained militia by describing the elections as a historical “show”) and sincere altruism (U.N officials struggling to install safe and efficient voting procedures and infrastructure) coalesce to form a more troubling, conflicted perspective on the current campaign.

Embodying many of the situation’s dichotomies, Dr. Riyadh voices regular objections to the occupation and its “democratic” elections—sentiments that differ from the pro-American feelings of Iraq’s Saddam-loathing Kurdish population. Nevertheless, the man endeavors to keep his minority political party from abandoning the process, a decision which he believes will lead to only further disenfranchisement for his Sunni brethren, including his wife and six children, who must be forced to participate by their patriarch.

That on the momentous morning of January 30, 2005, Riyadh must concern himself with not only election results but also the vile abduction and subsequent ransoming of a friend’s young son by mujahideen kidnappers merely further complicates Poitras’s eyewitness portrait—one in which both personal and political attempts to maintain a semblance of order and stability frequently, and horrifically, clash against Iraqi society’s escalating chaos.