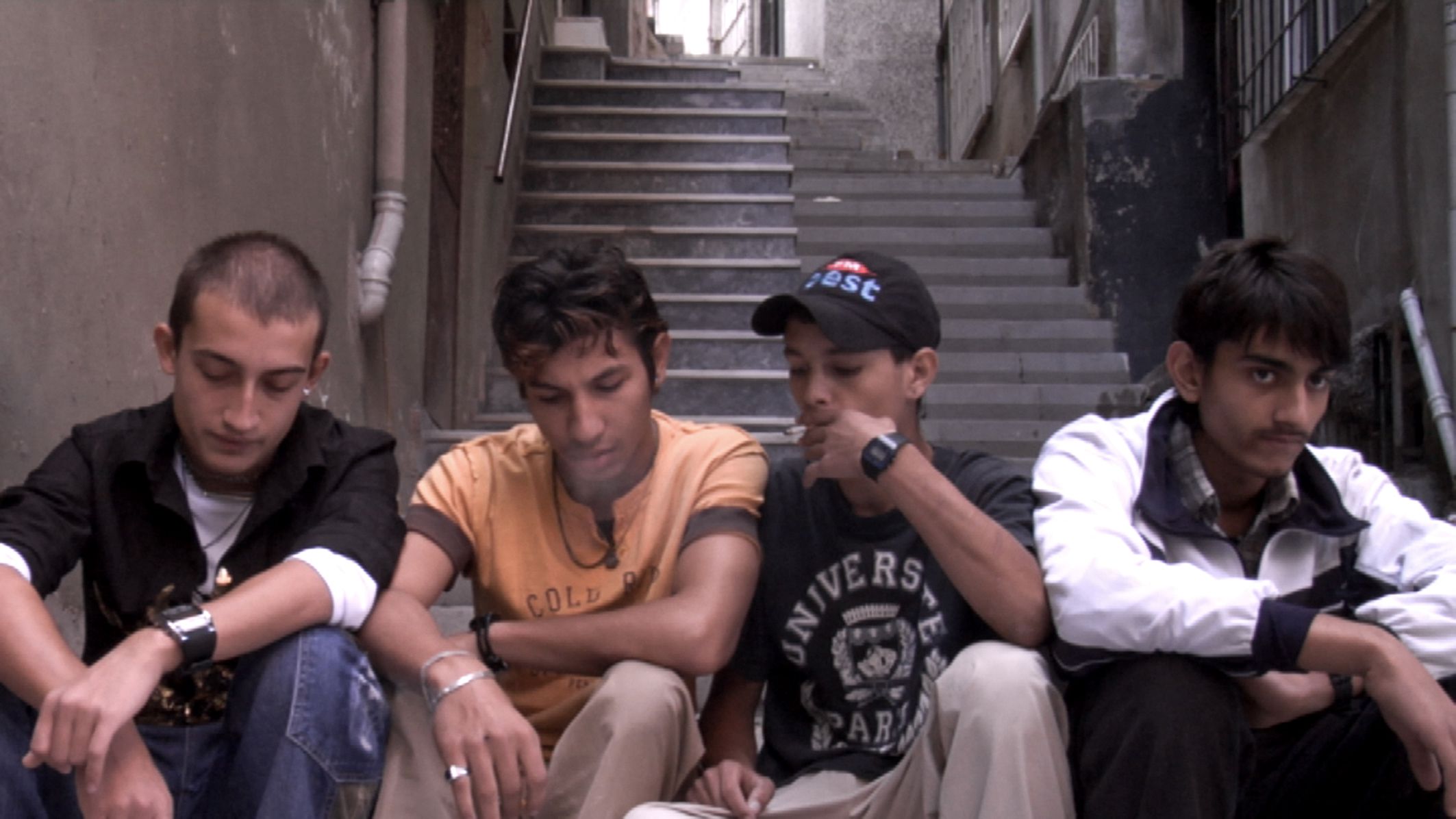 The three main characters in Men on the Bridge don’t really know each other, and their stories only intersect casually, if at all, on Istanbul’s Bosphorus Bridge, where they all sometimes find themselves working. Fikret is a struggling youth who sells roses to people stuck in traffic; Murat is a single police officer who kicks kids like Fikret off the bridge; and Umut is a taxi driver who traverses the bridge to earn an income his wife is unsatisfied with. There’s a bulky metaphor at work here regarding the overcrowded state of this bridge that links Europe to Asia and the characters’ stymied lives. If director Asli Özge has said something about modern-day Istanbul, she’s done it in fairly broad strokes that may be too far apart for the sake of a discernible narrative; if she’s captured a worthwhile social portrait of a metropolis’s underclass, it’s in small moments of desperation and vulnerability, and, perhaps, her loose narrative strands that suggest the characters’ larger isolation.

Özge originally wanted to make a documentary about people she’d met on the bridge, but because Istanbul prohibits real police officers from appearing in movies, she had to fictionalize parts of her film and hire an actor to play Murat (Fikret and Umut are played by themselves). Özge’s choice to keep her characters’ mostly separated feels like a desire to keep her film rooted in its original inspiration, and that’ll likely bother some viewers who seem to expect disparate stories to intersect in meaningful or sensational ways, as in Amores Perros. But not going this route is surely Özge’s point, and while the film’s disjointedness may not be meaningful, it’s not meaningless; it shows how, without giving Men on the Bridge too much credit, the characters exist in a kind of orbit, their jobs providing their livelihoods as well as depriving them from achieving societal benchmarks (Murat from finding a girlfriend; Umut from moving into a bigger apartment, and thus keeping his wife; and Fikrit from securing a real job).

Beneath the quiet sadness of these characters’ lives are spikes of national sentiment: the celebration of Republic Day and a news clip of anti-PKK (Kurdistan Worker’s Party) political demonstrations. These, too, are largely unintegrated into other parts of the film, save for a brief discussion between Murat and his buddy on how it’s frustrating that one can’t punch a PKK member and get away with it. Perhaps it’s irony that Özge is hinting at when, for instance, we see Fikret, the poorest of the three, show his national support during a fireworks display. More likely, it just is what it is.