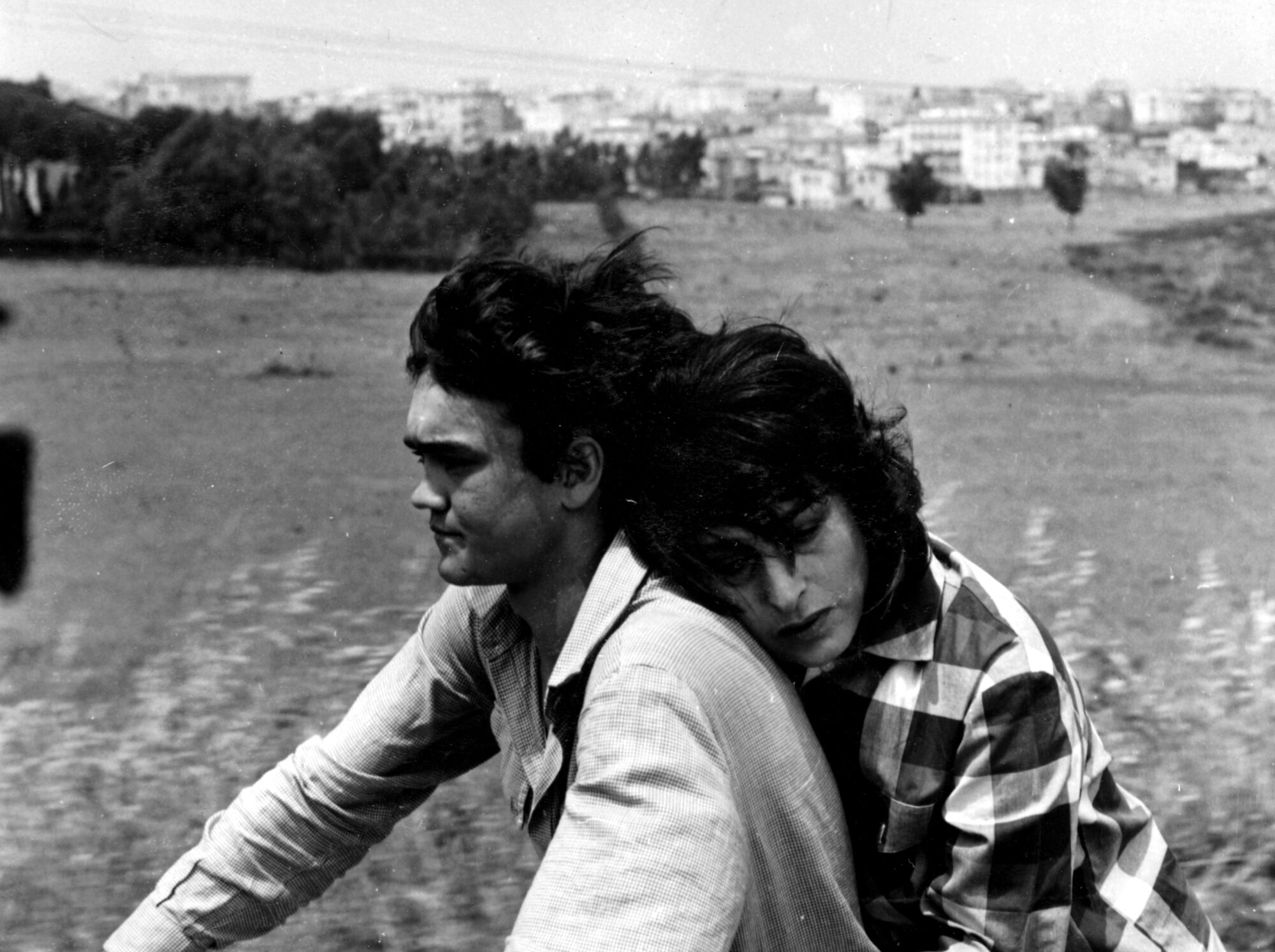 As the titular, tragic prostitute, Anna Magnani executed one of the great roles of her career in Mamma Roma, a variation on the passionate, larger-than-life earth-mother persona with which she shook the screen in Roberto Rossellini’s Open City 17 years earlier. Separated by her work with Jean Renoir, Luchino Visconti, and American luminaries like Marlon Brando and Tennessee Williams, the two portrayals are also set apart by the filmmaking sensibilities and cultural moments that yielded them. Unlike the martyred, anti-fascist Pina, Mamma Roma, as conceived by writer-director Pier Paolo Pasolini, discovers that her ideals—centered around “respectability” and an ascent into bourgeois life for her loafing, diffident teenage son Ettore (Ettore Garofolo)—are built on the weak foundations of her true nature and inescapable identity as a streetwalker. For all the energy of Magnani’s performance and the plot’s climactic turn into operatic sorrow, Pasolini’s camera often observes mother and son coolly, from medium-long distance, lost or shrunken in a hardscrabble, unforgiving city that’s a mirror image of Rossellini’s ennobling moral tableau.

Entering in the first scene by shooing pigs into the wedding reception of her pimp and onetime lover, Carmine (a sneering Franco Citti), Mamma Roma proceeds to drunkenly engage in a call-and-response song battle with the bride and groom, hoarsely laughing on the edge of a cackle, serenading her lumpishly plain rival with “O flower of shit…” before swiping her veil. (Mamma’s two marriages, to an elderly fascist and Ettore’s criminal father, unfold later in Magnani’s expansive, chatty dialogue.) The wedding is her last rural hurrah before returning to Rome with Ettore, first to a slum where the boy eyes the juvenile cardplayers on their stairs with fellowship, and then to a middle-class apartment (facing a cemetery) provided by her new vocation running a produce stall in the marketplace. But there is no release from the past. Carmine’s entreaty for money after his marital life founders spurs Mamma’s return to whoring, but her moaned reluctance is unconvincing. In the first of two long single-shot scenes tracking her strut down a nocturnal road, Magnani yelps merrily with her colleagues and solicits johns with brio. Despite her disgust at the prospect of Ettore becoming a laborer (she weeps when he takes a waiter job), Mamma’s sex work seems what truly makes her blood race, only faintly echoed by her sales cry at the vegetable stand.

Pasolini paints Ettore as an unextraordinary thief of limited brains and uncomplicated lust for promiscuous young mother Bruna (Silvana Corsini), who seems like a Mamma Roma-in-the-making. Young Garofolo’s callow lankiness, wrapped in a jacket and tie for the film’s first half, gives him the bearing of a feeble misfit who gets little but mistrust and the occasional beating even from his posse of delinquent hoods. Not a misunderstood, sensitive punk in the James Dean mold, Ettore knows the calls of different birds from his pastime of killing them with his slingshot. Though Magnani’s not-quite-protective Mamma trails his gang’s wanderings with wounded misgiving in her eyes, she at least knows him well enough to try to fix him up with a practical harlot, fearing the conceivably more damaging long-term grip of Bruna.

If there’s a major misstep in Mamma Roma, only Pasolini’s second film after establishing himself as a poet and novelist, it’s some heavy-handed and portentous symbolism in the service of Ettore’s ruin and Mamma’s final heartbreak. This somber climax, signaled by the mournful, nearly constant presence of the ballad “Violino Tzigano” on the soundtrack, finds the boy damned to a prison hospital (where a chorus of patients quote Dante) and is centered on his body pinioned to a solitary slab in mimicry of a Christ-in-death painting by Mantegna. If that’s too weighty a burden for a naïve hick to bear in this narrative, Pasolini crisply triumphs with Mamma’s second long streetwalking scene, where she is distraught, bitter, and fatalistic. “How you end up is your own fault,” Magnani opines, and is brusquely told by a younger whore, “Everybody knows that.”