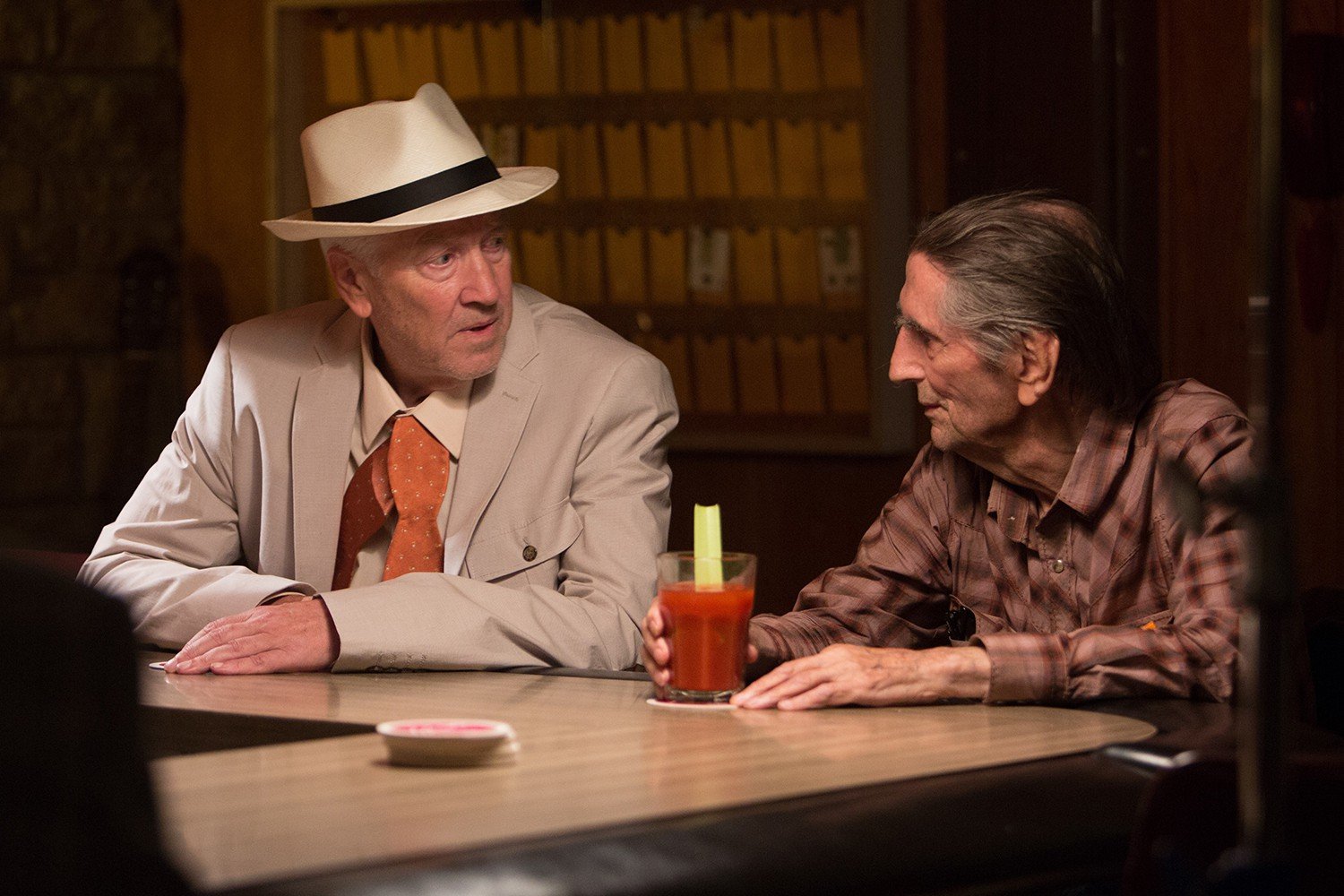 John Caroll Lynch’s Lucky is centered on an idea that would fit on a cocktail napkin, a small joke with absurdist existential connotations that’s stated plainly in the opening credits: “Harry Dean Stanton is Lucky.” It’s a throwaway bit that encapsulates the film’s theme, which persuasively insists that Stanton—a perennial supporting actor throughout his career who became an icon through steadfast work and the acidly unpretentious force of his personality—is, well, damn lucky. Stanton was an unapologetic chain smoker who saw an age where such an indulgence was no longer a chic sign of rebelliousness, and his relevancy as an artist has grown as a testament to the social and emotional uncertainties of a displaced and nearly lost generation.

As the opening credits of the film suggest, Lynch and screenwriters Logan Sparks and Drago Sumonja make little pretense that Stanton is playing anything other than a variation of his own iconography. An extraordinary character actor in his own right, Lynch understands that he’s in a tricky spot with this pairing of project and actor, recognizing that one of Stanton’s great accomplishments is his refusal to indulge the sort of sentimental codger-ism that often grips actors late in their careers. But Lynch also wants to present his star with the figurative gold watch, and so the result is an impeccably acted yet sentimental film that’s bashful about said sentimentality—a dynamic that informs Lucky with an unresolvedly sweet-and-sour tonality.

The film’s benign plotless-ness is its chief asset as well as a liability. No, Lucky doesn’t befriend, say, a cutely troubled child or a struggling and comely young widow and reconnect with society. Lucky’s mawkishness is subtler than that, manifested in how all the supporting characters adore Lucky without question, and in how Lucky is allowed to “win” almost every conversation. Lynch, though, is shrewd enough to complicate these tributary textures with a crucial nuance: Sometimes, we wonder if the other characters are indulging Lucky out of pity because he’s old and profoundly lonely. Stanton may be a legend, and he may have been lucky, but he’s still mortal.

Disappointingly, though, Lucky isn’t truly interested in examining the terrors of advanced age, allowing Stanton to viscerally rage against our fates. Stanton’s inescapably similar supporting role in Twin Peaks: The Return was invested with more vinegar and grace, and with a more pressing understanding of life’s fragility. This film is more concerned with comfort and affirmation, cozily reveling in the privilege of older characters who have carved out stable homes and businesses for themselves in refutations of common American elderly anxiety. Yet a starring role for Stanton at the end of his life can’t be taken for granted either, and startling moments suggest a tough and free-associative rumination on the comforts and costs of prolonged aloneness.

In Lucky, Stanton is often paired with men and women of varying ages and races, as the protagonist wanders his western town enjoying a routine that’s gradually informed by death. Lucky starts the day with light yoga and coffee, proceeding to a diner owned by Joe (Barry Shabaka Henley), where he does his daily crossword puzzle. Such a scene reminds one of the sheer magnificence of Stanton’s presence, as the sight of Lucky working a crossword is more cinematically stimulating than many filmmakers’ action sequences, physicalizing Lucky’s simultaneously open and defensive relationship with the world. Later, Lucky winds up at a bar run by Elaine (Beth Grant), who suggests a retired saloon singer who’s managed to upset patriarchy, giving nightly speeches while her longtime boyfriend, Paulie (James Darren), gazes upon her with adoration. Lynch and Stanton allow us to enjoy the predictability of Lucky’s routine, which merges with the pleasure of Stanton’s curtly comic under-acting; they understand how we prize our daily roleplays as affirmations of our respective places in society.

A few scenes threaten to take Lucky into greater and more dangerous territory. At Joe’s diner, Lucky meets Fred (Tom Skerritt), who served in the marines during World War II. Speaking of the war, which Lucky experienced as a cook in the navy, Fred remembers a Japanese girl who smiled at the brink of death as her society was destroyed. Fred’s soliloquy is theoretically obvious, meant to parallel Lucky’s own deathly quandaries, but Skerritt’s delivery of it is so powerfully plainspoken that the moment attains a hushed and poetic quality, elaborating on the guilt haunting the greatest generation.

David Lynch also appears a few times as Howard, a friend of Lucky’s who’s lost his tortoise, President Roosevelt. This subplot begins as a self-consciously Lynchian bit of ridiculousness only to grow heartbreaking, culminating in a speech that Lynch delivers with an earnestness that circumvents preciousness and achieves profundity. Lynch, who has evolved into a magnificent actor himself, plays Howard as a man who’s funneled all of his purpose into a pet that he regards as a peer and mentor, and the stature of Howard’s commitment is understood as its own reward—the sort of reward which Lucky has denied himself. Which is to say that the film once again straddles the line between the preachy and the revelatory, though John Caroll Lynch has the humanity and the patience to allow his actors to find emotional textures that distinguish an intriguingly uneven character study from impersonal pap.