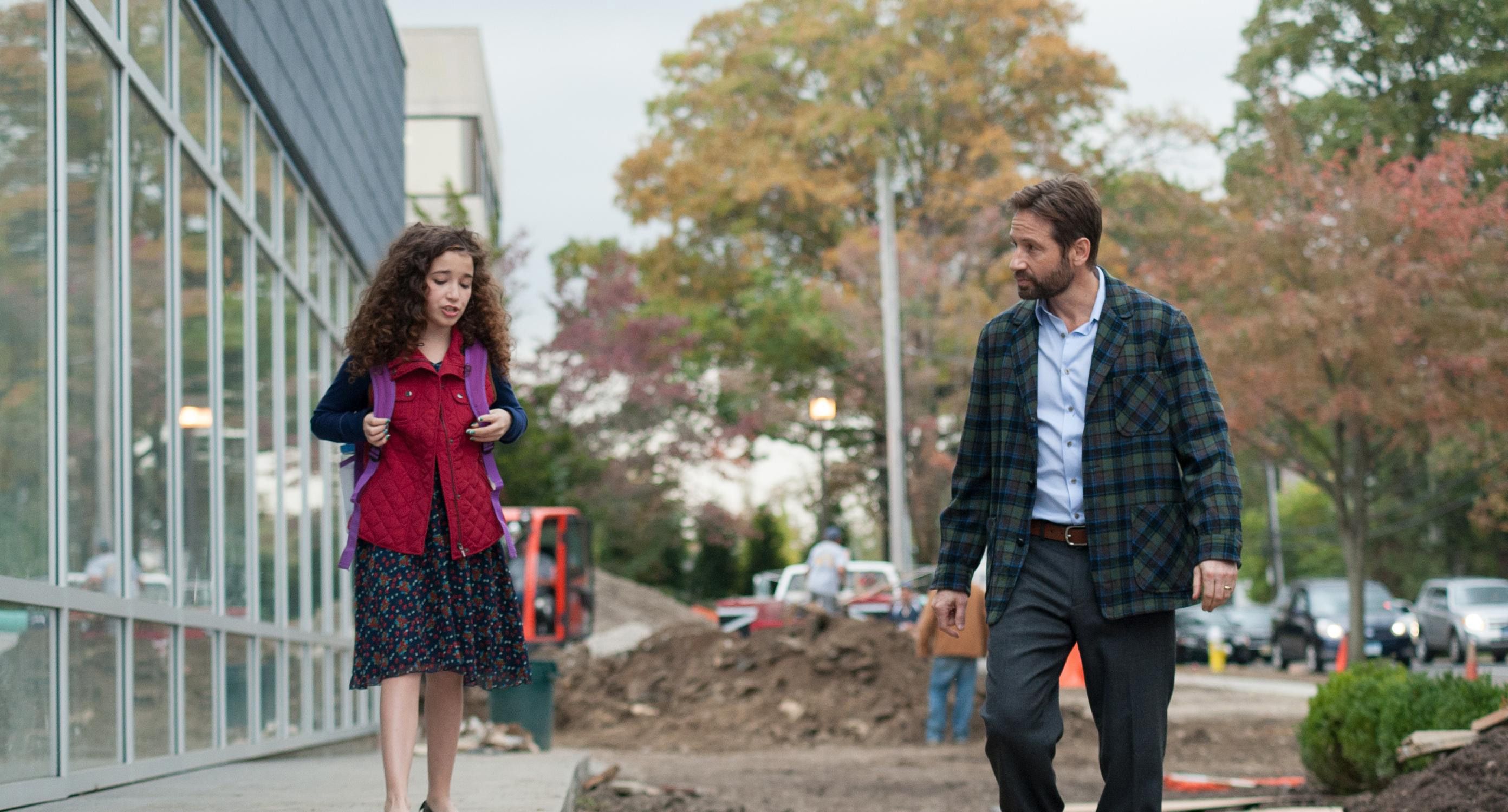 “I let her tweeze my eyebrows. It was like her dream come true.” That’s Julie Fareri (Morgan Griffin) fondly recalling her recently deceased younger sister, Maria (Olivia Steele-Falconer), in Louder Than Words, a true-life tragedy-cum-inspirational yarn dramatizing the Fareri family’s unexpected loss of their youngest to rabies and subsequent entrepreneurial effort to build a children’s hospital in her honor. That such a borderline-absurd line actually holds unironic weight in this incompetently made family drama provides one key to clarifying the film’s failure: Never once does it project an intuitive understanding of how humans would behave or react in the midst of such a shattering misfortune. The “Inspired by a True Story” credit slapped over the opening images would suggest that writer Benjamin Chapin and director Anthony Fabian intend this as a respectful account, but the 1995 tragedy that claimed Maria Fareri’s life could do far better than this tepid, confusing, and sometimes downright bizarre retelling.

Louder Than Words’s first 30 minutes lay on thick a grating narration from Maria that sits awkwardly between overly earnest (not to mention vaguely incestuous whenever she professes her affection for her family members) and tongue in cheek (though never very funny). When, in a rushed stretch of screen time, Maria slides from diagnosis to rigor mortis, her voiceover continues for a few reflective beyond-the-grave pronouncements before fading away entirely. Here, the film appears lost and uncertain, with nothing to offer but mopey montages of drooping autumn leaves and shell-shocked family members (David Duchovny, playing Maria’s father, works up quite a reel of staring-off-into-space shots). Nonetheless, if one’s attention were to momentarily drift during this aimless dramatic nadir, it would be possible to miss the stray lines of dialogue that set off the plot—and yet, before you know it, Maria’s mother (Hope Davis) is chucking plates around her kitchen, frustrated over her husband’s ineffectual attempts to sell the new hospital proposal.

The film’s second half is consumed by the stop-and-start negotiations of the imminent Maria Fareri Children’s Hospital, a dull cycle of business dealings spiced up by unconvincing and ultimately underdeveloped threads of family tension, such as moody daughter Stephanie (Adelaide Kane) going missing halfway through the story, stirring up panic only to be seemingly forgotten about before finally returning, and to little fanfare. But while the film lacks narrative coherence, it only further announces its incompetence with an abundance of careless production choices seemingly called upon to inject urgency, flair, and significance into this drama: random Steadicam experimentation, rack focuses straight out of a freshman film class, arbitrary Dutch tilts, excessive circular dolly shots and enough close-ups of Duchovny’s eyes in his car’s rearview mirror to account for three or four paranoid thrillers. Unfortunately, the result is quite the contrary. Louder Than Words’s clueless, schizoid aesthetic decisions betray and even obscure the dynamics of its narrative every step of the way so that while paying tribute to one family’s creative act, it’s actually defiling another: the art of filmmaking.