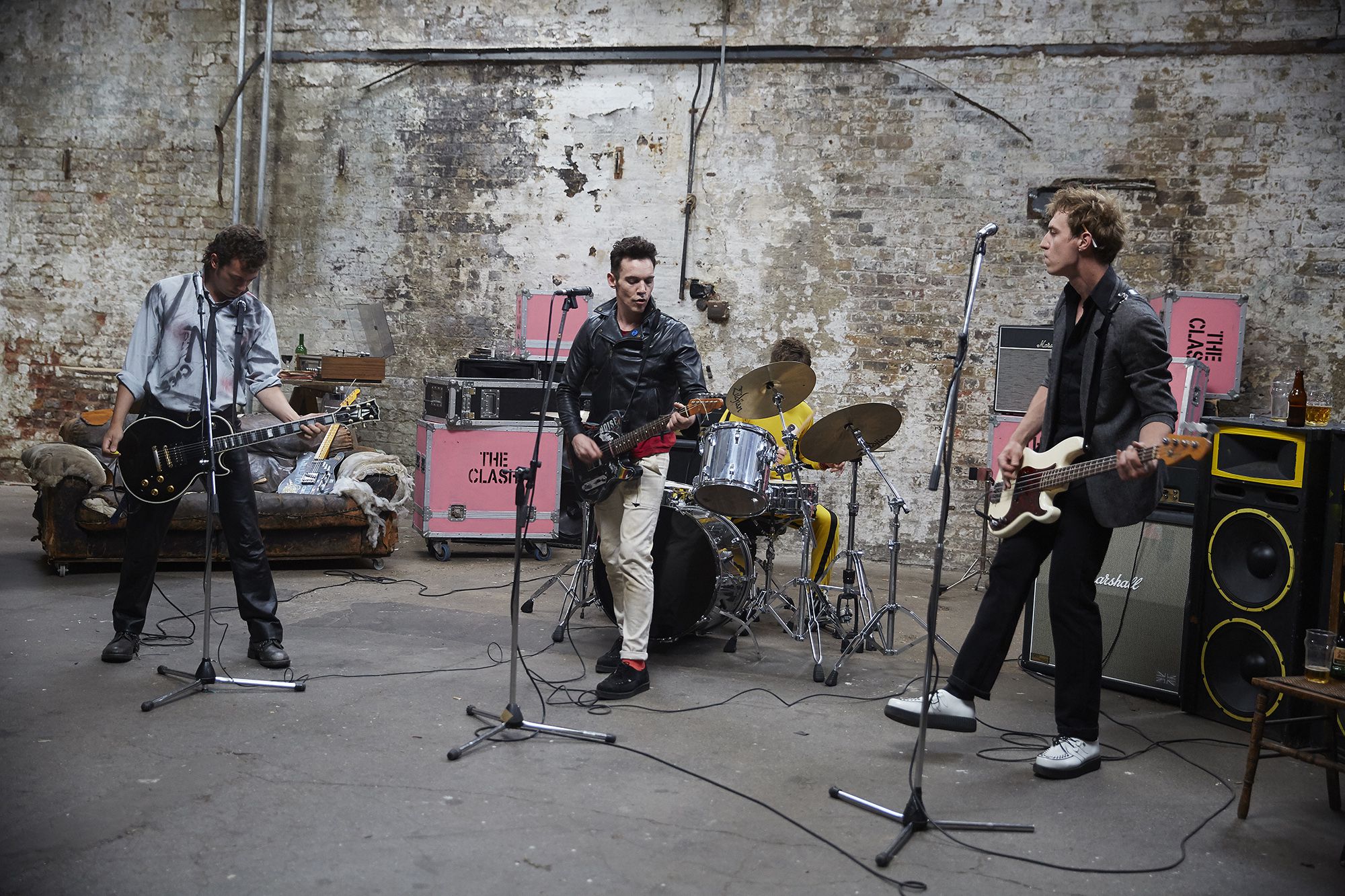 The word “revolution” appears twice in Derrick Borte’s London Town—once in a question posed by an interviewer to the Clash’s Joe Strummer (Jonathan Rhys Meyers) asking if he’s calling for a revolution (“Yeah, a musical one,” Strummer replies), the other in a speech by a Tory politician praising Margaret Thatcher as “the voice of a new conservative revolution.” As portrayed here, the Britain of the late 1970s, riven by economic uncertainty and distrust of government, seemed poised on the cusp of two potential revolutions, a progressive, youth-led revolt against the ruling class or an ascendant right-wing neoliberalism propelled by the naked racism of the National Front. One can hardly miss the parallels to the U.K.’s present, in which the fallout from the financial crisis has spurred both the resurgence of left-wing populism within the Labour Party and the rise of the anti-immigrant UKIP.

Against a contentious political backdrop, Shay (Daniel Huttlestone)—in a joke on London Town’s revolutionary ferment, his name is repeatedly mistaken for “Che”—is simply struggling to survive. After his father, Nick (Dougray Scott), is laid up by an accident, Shay is elevated to man of the house, caring for his little sister, running Nick’s struggling piano store, as well as driving the older man’s cab, all while balancing these responsibilities with his newfound love for the Clash and his budding romance with Vivian (Nell Williams), who serves as his entre into London’s punk underground. Shay’s mother, Sandrine (Natascha McElhone), meanwhile, is living in a derelict squat straight out of The Young Ones, still pursuing her dream of a music career, an ambition Nick gave up years ago to care for Shay and his sister.

For Shay, the Clash represents a cultural and political awakening, opening his eyes to Britain’s class divisions and thereby placing his family’s own precarity into broader social context. He encounters Strummer several times during the film, most extensively when they share a jail cell after getting arrested after the Clash’s headlining performance at a massive open-air Rock Against Racism concert. Played with workmanlike charm by Meyers, who effectively mimics the rocker’s energetic but unshowy stage presence, Strummer acts as a kind of guardian angel to Shay, lighting his path forward while intervening only once, to play a show at the reopening of Nick’s piano store.

Strummer ultimately teaches Shay to better understand his parents, an unusual lesson from a punk perhaps, but then London Town is less about rebellion than responsibility. Borte and screenwriter Matthew Brown evince an obvious affection for the cultural milieu of late-‘70s punk, but the nostalgia of the film is tempered by its social realism, such as the clear-eyed sense of the limits that a capitalistic society places on its working class. While the story follows an overly familiar coming-of-age trajectory and the filmmakers make a few cartoonish missteps (including an eye-roll-inducing moment that coyly suggests Shay inspired the title “London Calling”), London Town is ultimately a winning and sensitively wrought evocation of a time when music provided a vital bulwark against an increasingly reactionary culture.

If the punks couldn’t stop the rise of Thatcherism, at least they could help a few working-class kids like Shay to take their lives into their own hands. As Strummer sang in “Clampdown,” a performance of which is prominently featured in London Town, “Stop wasting your time, there’s nothing coming. Only a fool would think someone could save you.”