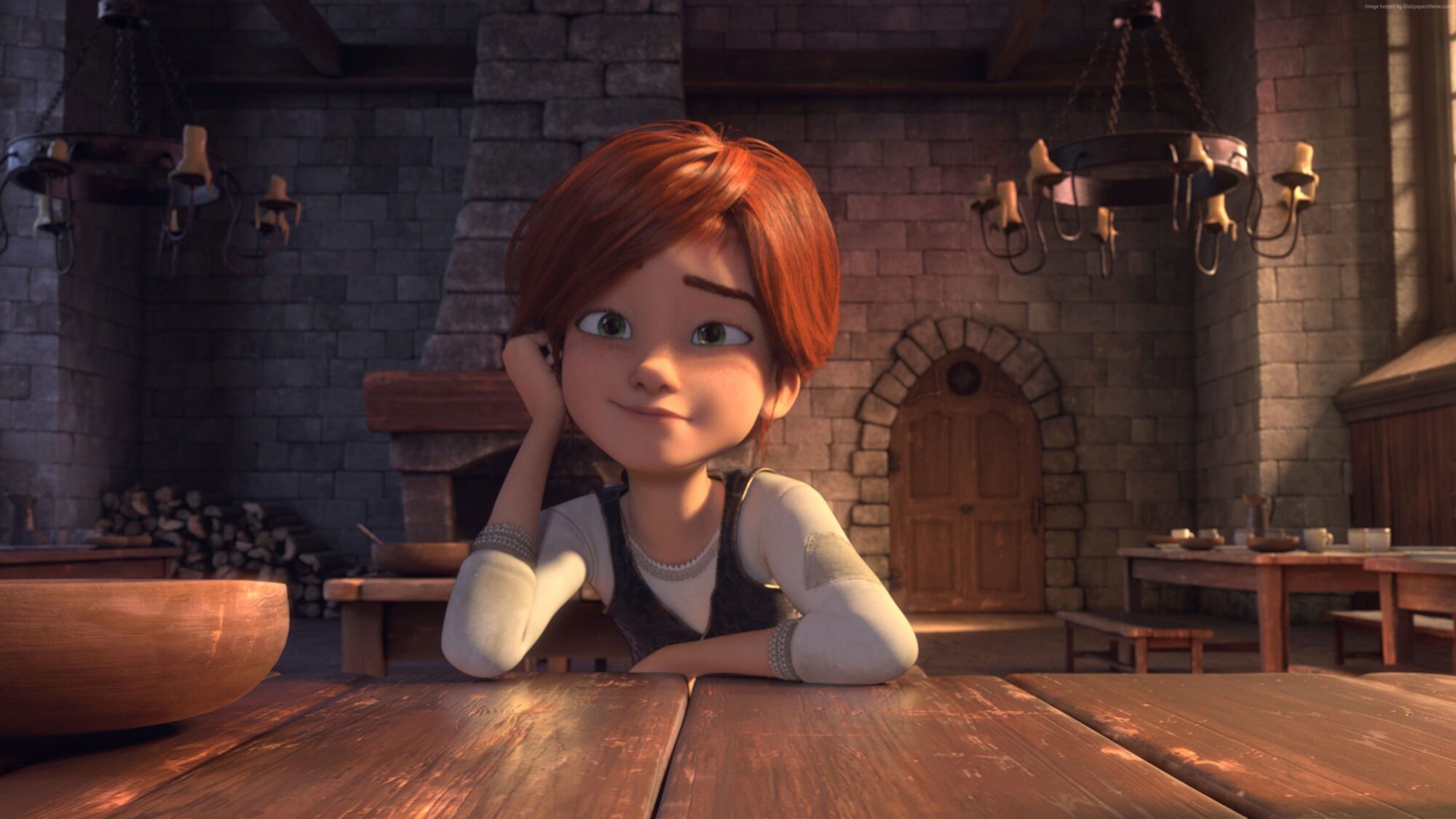 With no talking animals or characters breaking into song, Leap! is the rare children’s animated film that’s grounded in realism. Working with a relatively paltry $30 million budget, the filmmakers manage to paint a lovingly detailed backdrop of 1880s Paris centered on the magnificent Palais Garnier. With a half-constructed Eiffel Tower looming over the skyline, Leap!’s sweeping, luminescent vistas evoke the beauty and vibrancy of the city, while its fluidly rendered ballet choreography—closely inspired by the movements of real-life dancer Aurélie Dupont, though often bigger and broader than the laws of physics would strictly allow—captures the grace and majesty of the art form.

Sadly, the film’s careful attention to detail in the animation is continuously undermined by a formulaic plot and anxious pandering to contemporary sensibilities. A hodgepodge of gratingly manic comedy and Rocky-esque training montages, Leap! pits Felicie (Elle Fanning)—a restless young orphan who escapes a stifling Britanny orphanage to pursue her dream of dancing in Paris—against the wealthy Camille (Maddie Ziegler) in a battle to find the next Clara for the Paris Opera Ballet’s production of The Nutcracker. With the help of Odette (Carly Rae Jepsen), a brilliant dancer now reduced to sweeping the steps of the opera house, Felicie trains night and day to prove herself to the company’s mercilessly demanding director, Mérante (Terrence Scammell).

With characters decked out in jean shorts and leg warmers, Leap! never fully commits to its period milieu, even setting its ballet sequences not to classical music, but anthemic pop bangers by the likes Sia and Jepsen. Replacing Tchaikovsky with Demi Lovato may help to underscore the film’s theme of self-empowerment, but it provides a discordant and distractingly anachronistic accompaniment to the flowing elegance of the dancing. Despite a few colorful detours to a raucous pub and Pierre Eiffel’s workshop, where the Statue of Liberty sits half-built in the background, Leap! feels boxed in by the Karate Kid clichés of its sports-movie template, too fixated on its narrative of competition and self-mastery to simply sit back, relax, and enjoy the scenery.

Review: Whitney: Can I Be Me