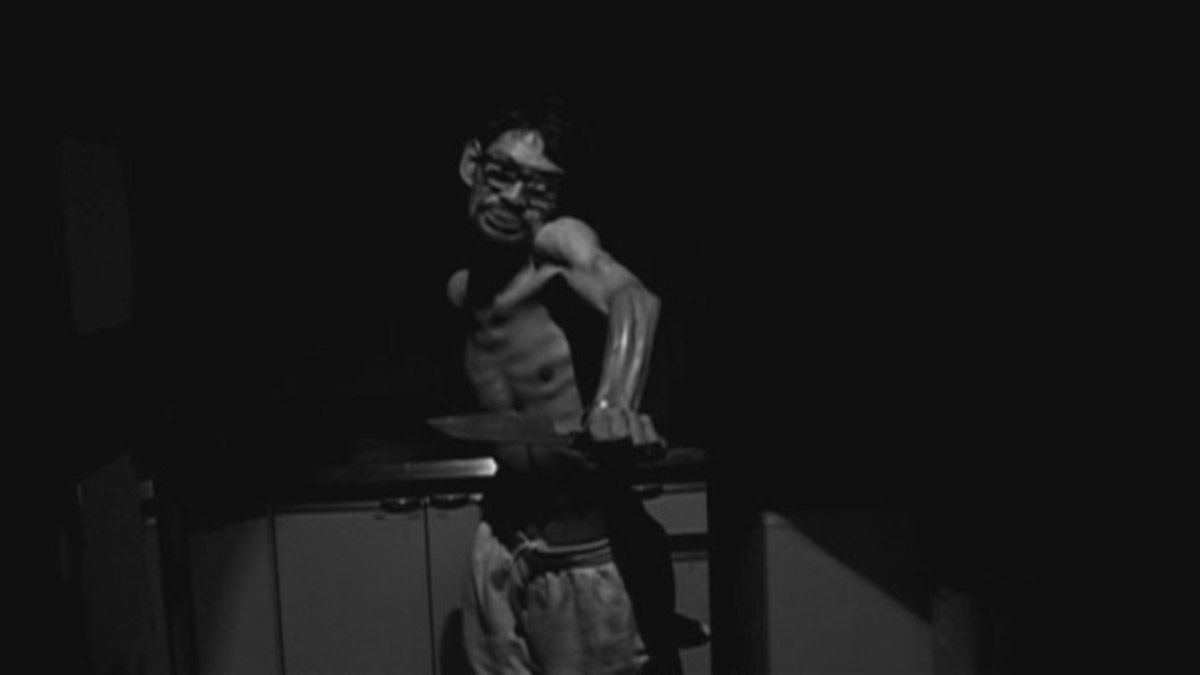 The late bloomer here is not the guy with the fewest pubes but a mentally handicapped man who turns to murder after perceiving to have been slighted by one of his caregivers. Though less posh than The Diving Bell and the Butterfly, the film similarly keys its aesthetic mode to the harried mental state of its main character—a psychological study conducted in crummy black-and-white video and scored to what sounds like an ungodly gene splice of Super Mario Bros. and American Life. More Tetsuo than Jean-Dominque Bauby, Sumida (Masakiyo Sumida) watches porn and drinks like a pro, communicating with everyone via a text-to-speech device through which he begins to express an interest in killing those around him, but because of his handicap (maybe even his WALL-E eyes), no one pays him any mind, understanding him as someone who wouldn’t hurt a fly. Director Go Shibata’s coup is never sentimentalizing Sumida’s condition, instead inviting our identification with him as someone just as capable of slipping into a moral abyss, but the director’s style can be dumb: When Sumida kills, the video footage is subjected to headachy genre workouts—all forms of frenzied slow-mo and fast-forward flashes—that, while frequently unnerving, are rarely illuminating. If Shibata means to evoke a stunted state through the video, he succeeds, but the visual correlation to Sumida’s condition veers toward the condescending. Much cannier is the final shot of film, which shows people locked in a state of rewind, with only the handicapped individuals in the frame moving forward.

Review: Back to Normandy