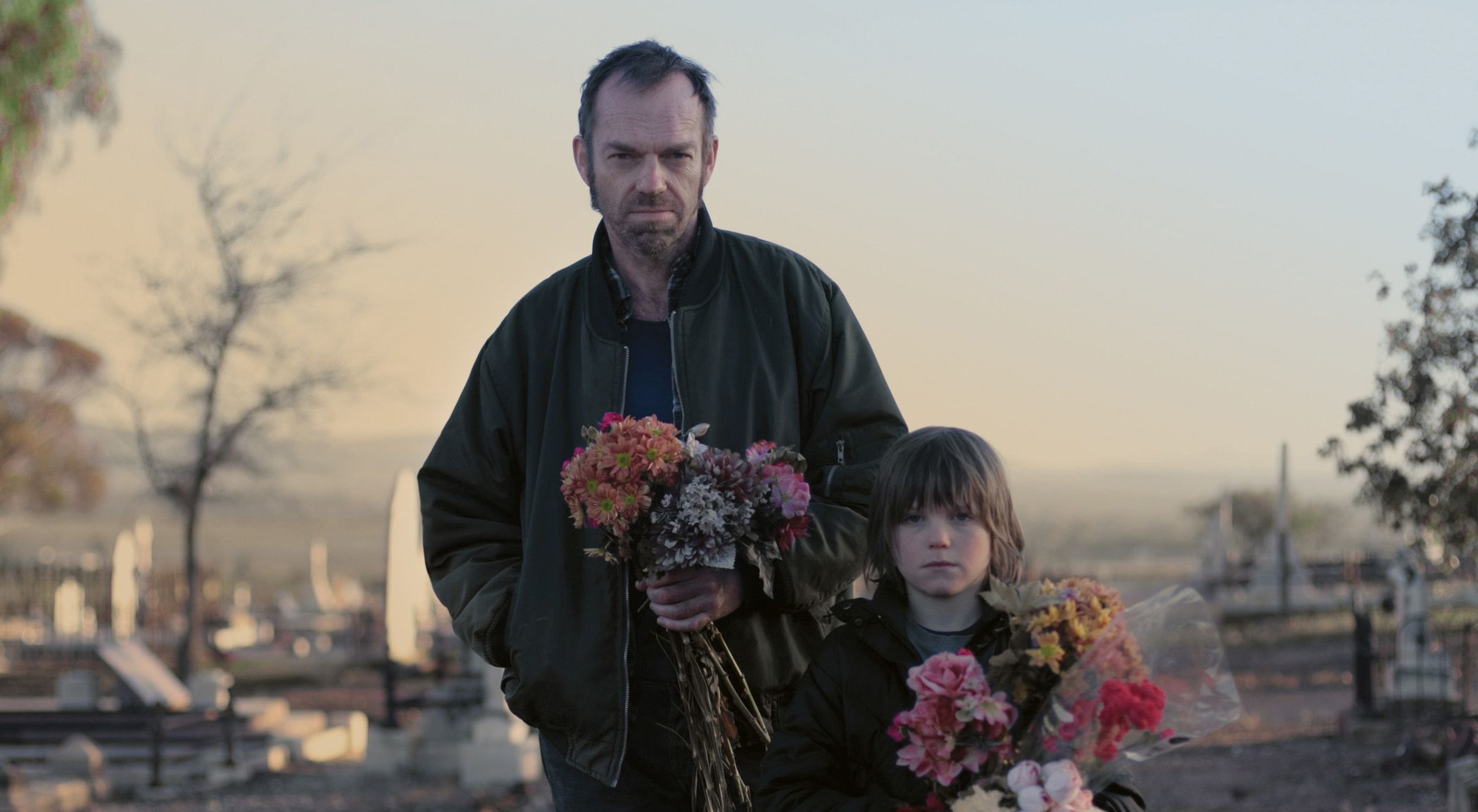 In the annals of father-son coming-of-age films, Glendyn Ivin’s Outback-set Last Ride doesn’t exactly break the mold. All of the typical dramatic beats are struck by this character-driven story about an abusive father, Kev (Hugo Weaving), who drags his young son, Chook (Tom Russell), across the Australian countryside for nefariously ambiguous reasons. There’s the heated generational tension and plethora of unspoken trauma, but also the blips of mutual understanding that ultimately connect two very disparate souls tied by blood. But unlike most films of this ilk that lather such material with gross sentimentality, Last Ride gets the small moments right, building deeply felt emotions from the bits of silence after key lines of sobering dialogue.

Striking guitar chords, reminiscent of Neil Young’s masterful score for Dead Man, fill the opening scene of Chook wandering through a desolate burial ground for discarded automobiles, a prologue that expresses the film’s fixation with the duality of childlike curiosity set adrift in an adult world plagued by emptiness. Sudden bursts of music like these juxtapose with expansive wide-angle compositions that chart the characters’ movements through desolate spaces; throughout, Ivin rhymes the artistry of the film with the cyclical patterns of miscommunication and resentment that plague Kev and Chook’s volatile father-son relationship.

After the pair visits an ex-girlfriend of Kev’s, during a sequence that establishes the grizzled ex-con’s charm and selfishness, father and son push deeper into the Outback. While Ivin doesn’t keep the circumstances of their journey completely hidden, he weaves key expository flashback scenes organically into the story. The past and present become intrinsically linked, often through the use of either sound bridges or visual motifs, like water or fire. These aesthetic connections mesh beautifully with the strong performances by both Weaving and Russell, whose chemistry is at once subtle and dynamic.

Identity is also a key to unlocking what differentiates Last Ride from the likes of Road to Perdition or A Perfect World, two superior, similarly themed American films. Multiple times, Kev and Chook discuss their aboriginal heritage, most notably during a fireside chat with two park rangers. During this intimate sequence, the first time the film broaches issues of identity, father and son seem genuinely interested in exploring their family tree and express a mutual interest in generational lineage.

There’s a stunning seamlessness to the way Kev and tells Chook about their complicated past: “We’re mongrels us. We’re whatever we want to be.”

Last Ride often connects location and character in fascinating ways. One sequence where Kev abandons Chook in a vast desert region covered by a thin layer of water is a stunner, momentarily binding a child’s disillusionment with his father and extreme physical emptiness. Here, in the middle of nowhere, Chook is forced to address his father’s anger and absence, which turns into a hallucinatory experience for this young boy forcibly thrust into an adult world he doesn’t completely understand.

Despite its strong visual sensibility and performances, Last Ride gives into contrivance in its final act, when Chook must take a more active role against his father’s self-destructive actions. There’s a lack of aesthetic verve throughout this section, especially during what’s supposed to be a tense and impacting denouement. Ironically, this failure only highlights the potency of what feels like the film’s secondary concern: the tenderness of a father and son simply trying to reconnect with their past and overcome their own doubts about family.