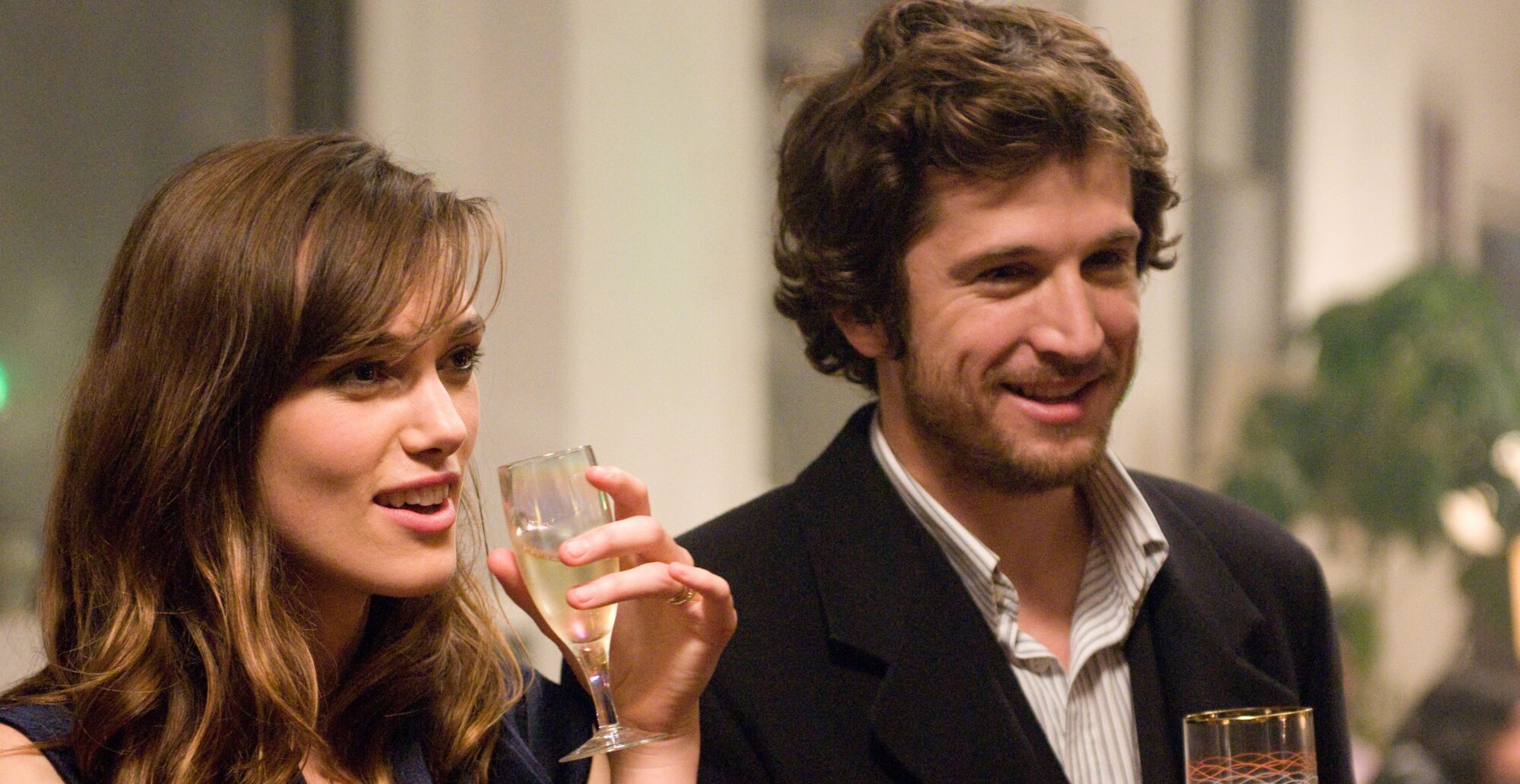 Two beautiful people struggle to maintain their marriage despite lures of infidelity in Last Night, the type of project in which movie stars indulge their oh-so-serious side via facile stripped-down character drama. Massy Tadjedin’s film is a familiar bifurcated tale of temptation, charting freelance fashion journalist and aspiring novelist Joanna (Keira Knightley) and commercial real-estate developer Michael (Sam Worthington) as they spend a night apart, he in Philadelphia on business and she at home in New York. After the prior evening’s argument instigated by Joanna’s suspicions that Michael has had an affair with a fetching colleague, Laura (Eva Mendes), whom Joanna spies flirting with him at a work party, Joanna finds herself mulling an extramarital dalliance once she runs into a former fling, Alex (Guillaume Canet), whose advances are about as subtle as a brick wall. Joanna’s ensuing hypocritical behavior going out on the town with Alex, first at dinner with his candid publisher, Truman (Griffin Dunne), and then alone on a rooftop, are ostensibly intended to reveal how her suspicions about Michael were a manifestation of her own latent desires (and related guilt). However, that doesn’t change the fact that she comes off as two-faced, a situation that’s also true of Michael, who wholly refutes his denials about cheating by having drinks, and then taking an underwear-only nighttime swim, with Laura.

Writer-director Tadjedin smoothly dances back and forth between her characters during the opening party scene, capturing a sense of shifting relationships through graceful framing. Yet like the incessantly elegant piano that plays throughout this sequence, the subsequent action is a tedious exercise. Last Night’s dramatic tension is supposed to spring from the question of whether either, or both, of its protagonists plan on following through with their unfaithful impulses.

Nonetheless, despite their carefully laid-out back stories, emotional and physical hesitancy, and symbolic lines of dialogue (when both Joanna and Michael are out, they lie to each other on cellphones fraught with a “bad connection”), the low-key film can’t imbue them with any credibly authentic life. Whether in domestic states of undress or in designer threads, they’re stick figures articulating and acting out rote issues of monogamy, loyalty and betrayal, all amid a dreamy nighttime atmosphere that’s diluted by too-neat cross-cutting between Joanna and Michael that hammers home already obvious parallels. Worthington’s idea of underplaying is to go blank, and though Knightley’s turn exhibits more subtlety, it’s in the service of a tale of two featureless, well-off nobodies whose plight is ultimately less will-they-or-won’t-they than who-cares.