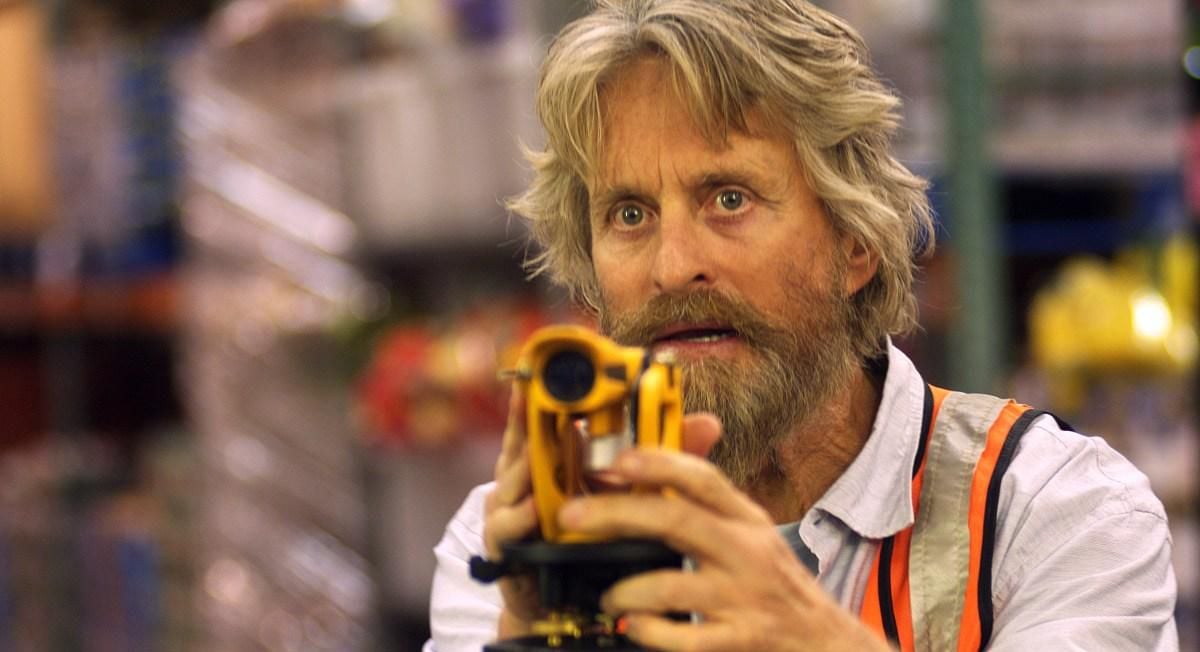 “Nobody sees anything,” says Evan Rachel Wood’s teenage Miranda in regard to the inability of Social Services to recognize that she’s living by herself and earning her keep at the local McDonald’s. King of California, on the other hand, sees something, albeit not as much as one might hope. Mike Cahill’s debut (co-produced by—and creatively similar to the work of—Alexander Payne) follows Miranda as she’s swept up in a crazy adventure with dad Charlie (Michael Douglas), a cuckoo bird recently released from a psychiatric hospital who’s convinced that a 17th-century Spanish explorer’s lost gold is buried somewhere near their California home. Their abode is the final holdout in an area now being overrun with Big Box retailers, and thus Charlie’s Don Quixote-like exploration through strip-mall central eventually leads to Costco, where he believes the gold lies just underneath a spot of concrete supporting (in a subtle nod to Quixote’s trusty Rocinante) toy horse rockers. Cahill’s mourning for the past—for the unspoiled Cali countryside, for classical adventure, for ancient mystery—in the face of chain-store hell and planned community conformity has a poignancy that’s buoyed by a spry sense of humor, as when he imagines fast-food consumers as strange, savage natives. Such levity, however, is also sunk by less graceful moments like an animated book-illustration sequence and flashbacks (revealing Charlie’s early days as a lousy dad) that, despite being evocatively conceived, nonetheless veer too close to mawkishness. As Charlie, Douglas sports a wild beard and unkempt locks while behaving like an unmanageable lunatic, along the way spouting truisms about the necessity of chasing one’s dreams. The actor has a grand time embodying his wacko character, but he never seems like more than a fanciful fictional creation, a problem augmented by the serviceable Wood’s cartoon reactions (“Daaaaaad!”) to Pop’s unruly behavior. Problematically, King of California proves light on its feet but often less funny or wise than it purports to be, its air of self-satisfaction partially interfering with its genuine insights. Regardless of its preciousness, though, there’s a shrewdness and heart to the relationship between Miranda and Charlie, largely due to Cahill’s perceptivity about the affection children have for their parents—a love so deeply rooted and inextricable that it often drives one to behave out-and-out illogically.

The Eclipse: Losing Bergman and Antonioni