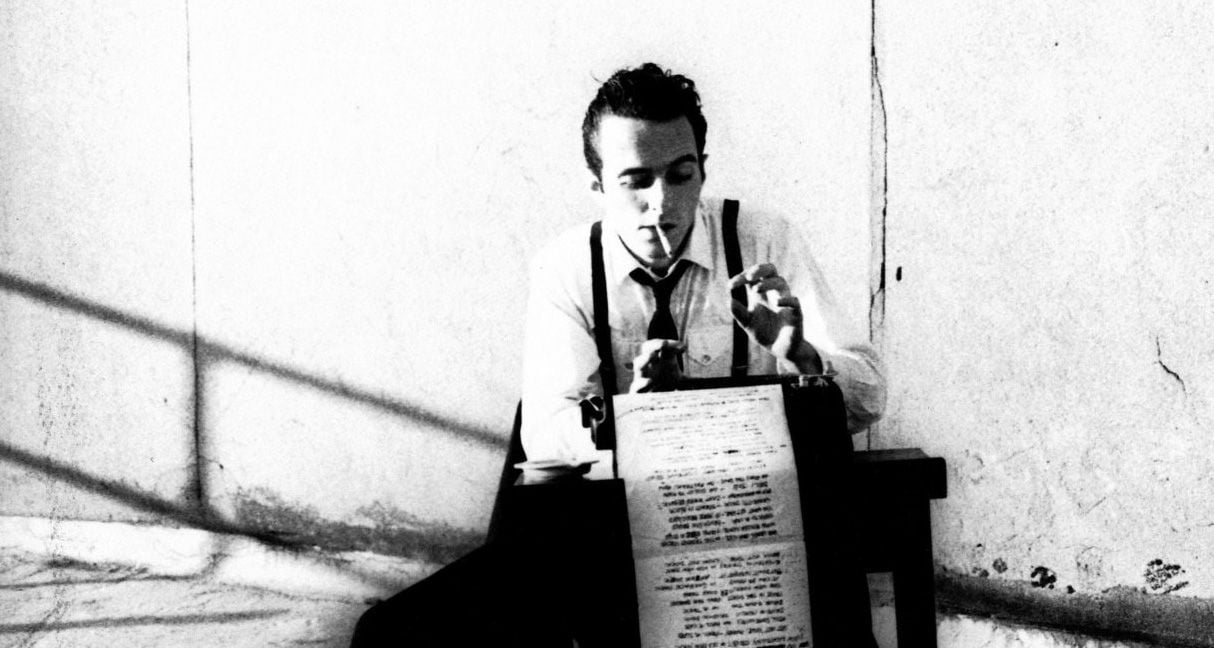 I’ve never cared for Joe Strummer and the Clash, but Julien Temple’s Joe Strummer: The Future is Unwritten is, for the most part, some sort of incredible. In a fashion similar to his 2002 Sex Pistols portrait The Filth and the Fury, Temple confronts not only his legendary punk rock subject but also the cultural and political upheaval of the ‘70s and ‘80s Britain from which they emerged, all via a blistering collage of home movies, still photos, archival interviews, performance footage, radio broadcasts, and film and TV clips. The Future is Unwritten is one of the fastest-moving (and loudest) nonfiction films I can remember, not wasting a superfluous second to linger over any of the myriad particulars that shaped Strummer’s life, from his middle-class childhood spent globetrotting with his British diplomat father and Scottish mother, to his white supremacist brother’s suicide, to his callous abandonment of the hippie scene (and his friends) for punk, to his rise to superstardom with the Clash and subsequent struggles with depression and discontentment. Moving with the swift ferocity of early Clash tunes, Temple’s doc flies through history, taking pit stops only for comments from unidentified collaborators, friends, and celebrities (such as Bono, Jim Jarmusch, Martin Scorsese, and Johnny Depp in his Captain Jack Sparrow make-up) set around the type of intimate, communal campfire that Strummer favored. Using Strummer’s radio show broadcasts as well as other audio snippets as DJ-like narration, Temple hits all the key biographical notes, including Strummer’s politically charged lyrics and ideals, and his foolish and selfish decision to destroy his iconic band. That the focus remains on Strummer the man rather than his music means that those unconvinced about the greatness of “London Calling” and “Rock the Casbah” will likely remain so. Yet the director’s ability to capture Strummer’s complex, idiosyncratic personality is so compelling that it barely matters whether one believes what the film is saying; the point is that one feels it. And as Temple’s diverse montages of personal and national events barrel forward—including regular snippets from 1984 and the animated version of George Orwell’s Animal Farm—it’s tough to not be swept up in an exhilarating atmosphere of a very particular, tumultuous time, place, and question-the-establishment punk rock ethos.

5 for the Day: Underdog Sports Movies