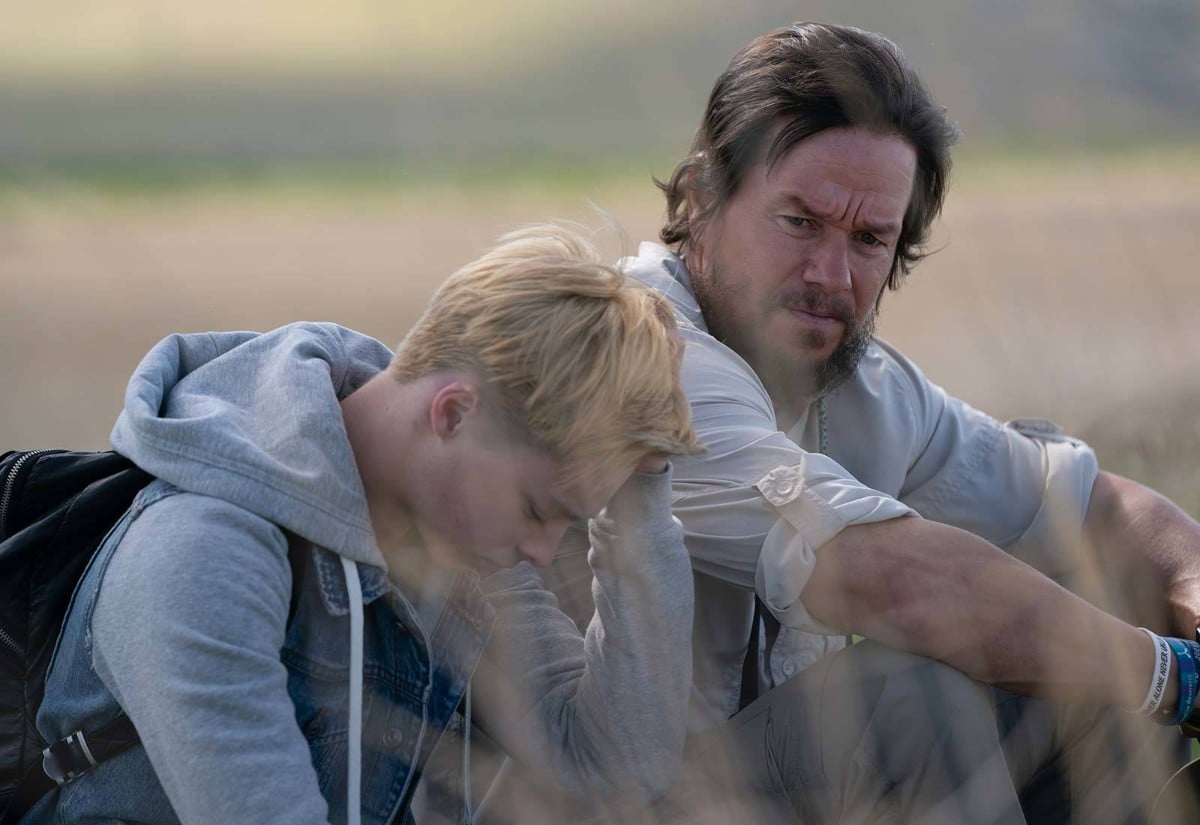 Reinaldo Marcus Green’s Joe Bell is the sort of film that proves that the phrase “they don’t make ‘em like this anymore” is value neutral. Written by Diana Ossana and the late Larry McMurtry, it harks back to the social-issues movies of yore that were less about the suffering and endurance of the oppressed and repressed than the virtue of the comfortable white people who come to realize the error of their prejudiced ways.

Joe Bell is based on the true story of a conservative man (Mark Wahlberg) who decided to walk across the United States making regular stops at schools to give speeches railing against the harassment of LGBTQ youth as a way to honor his bullied son, Jadin (Reid Miller). From the start, the film presents him as a good man struggling to reconcile his love for his son with his views on homosexuality, a man in need of guidance rather than criticism.

Flashbacks gradually fill in Joe and Jadin’s backstories. We see the child, on the cusp of adolescence, being relentlessly teased at school. Joe, for his part, never lapses into the cruelty that parents of gay children can exhibit, mostly flashing his own socially lagging views via insensitive but mostly private grievances about his boy preferring to be a cheerleader than a football player. The film consistently pledges allegiance to what it sees as the man’s inherent nobility, enhancing it across scenes that find him interacting with students and various other people who inquire about what he’s doing walking along remote roads on his journey.

For all the scenes of father and son bonding on the road, it becomes increasingly obvious that no one other than Joe ever acknowledges his son. And then the shoe finally drops: that the teen died by suicide and that the boy we see on screen is a shoulder angel of sorts. This is a tired, tasteless gimmick, and it inadvertently reveals the film’s entire problem of perspective.

Jadin’s status as a figment of Joe’s imagination underlines that the film, as much as its protagonist, projects onto the boy a two-dimensional role designed only to serve the budding self-awareness of his father. Throughout, numerous scenes border on the parodic, such as one in which Joe sings along to Lady Gaga’s “Born This Way” as his son’s ghost beams with delight, or his chance encounter with a small-town sheriff played by Gary Sinise who confides to him about his own child’s struggles growing up in a homophobic community.

Only at the end does Joe Bell broach the subject that its hero’s dogged quest may not be quite such an act of altruism and atonement but an attempt to outpace his own guilt. But because the film does so little to implicate Joe’s own skittishness about his son’s sexuality in the boy’s death, this moment of clarity doesn’t feel like a confrontation. Instead, it’s one more aspect that feels like the film is attempting to get ahead of criticism about its narrow outlook.

For every throwaway observation about Joe’s selfishness, such as his wife (Connie Britton) expressing her concern that he’s getting too much out of becoming a minor celebrity, there are two scenes that reinforce his sanctity. And the film’s denouement, which will come as no surprise to those who know the real story of Joe Bell’s life, doubles down on presenting him as a transcendent figure who rises above his conservative upbringing to become a kind of martyr. And by that point, Jadin has long been an afterthought to his father’s moral betterment.

Review: Quentin Dupieux’s Mandibles Is a Pretty Fly Chorus of Farce and Pathos