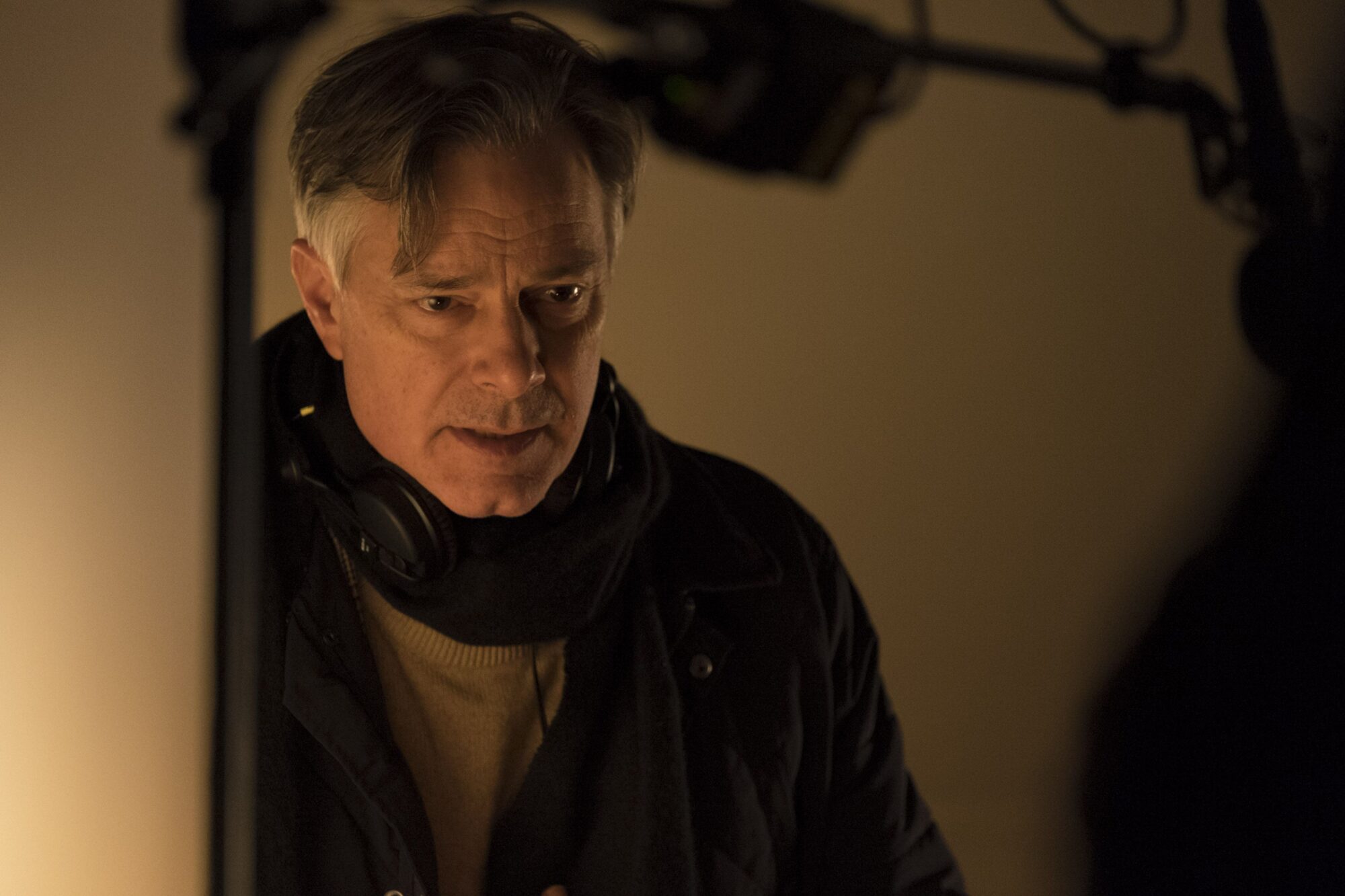 For Whit Stillman, intertextual play within his films and between others crops up with enough frequency to suspect that every directorial gesture is an encoded allusion just waiting to be uncovered. Stillman’s first three films (Metropolitan, Barcelona, and The Last Days of Disco) overlap in rather direct ways, with characters from the first and second films partying inside the primary discotheque of the third. But his latest, Love & Friendship, outwardly displays only nominal links with his past work. Characters speak in verbose ways, which is concurrent with previous Stillman characters. However, a lot of the dialogue has been taken directly from the Jane Austen novel, Lady Susan, from which the film is adapted. Then there’s the matter of actresses Kate Beckinsale and Chloë Sevigny, who appear in Love & Friendship as a pair of society-conscious femmes, a relationship not unlike the frenemy status of their characters from The Last Days of Disco.

These more obvious parallels seem to guise rather obtuse references to other canonical film adaptations. The Henry Purcell march “Music for the Funeral of Queen Mary,” which is the piece that Stanley Kubrick used for the first shot of A Clockwork Orange, scores the opening sequence. While no character in Love & Friendship gears up for a bit of “ultraviolence,” the musical cues invite one to understand Stillman’s take on Austen’s world as one predicated on societally sanctioned cruelty. The music also tangentially invokes Barry Lyndon, a film one might expect Stillman to draw on for some degree of visual inspiration. On the contrary, Stillman’s camera often lingers in doorways in a way that recalls the films of Robert Bresson, turning drawing rooms into makeshift prisons. What to make of the fact that A Man Escaped is based on a memoir written by André Devigny, who shares such an approximate last name with one of Stillman’s leads? Maybe nothing, but maybe something, because in Stillman’s airtight cinematic realm, every detail needs to be accounted for.

I spoke with the filmmaker about his adaptation process, the continued value of Austen’s prose, and his interest in tailoring films for multiple viewings.

Given that Jane Austen’s Lady Susan is an epistolary novella, I imagine adapting it for the screen could have been a difficult process. How did you go about translating letters into visual encounters as your wrote the script?

It’s interesting because we see, when we read the novella, the geographical difficulty that Jane Austen had. So, with Austen, and other people working at this sort of form, they need to keep people who might be normally together separate so that they write letters to each other. And there were some absurdities in the form earlier, such as in [Samuel] Richardson’s novels—I think there’s a sort of rape episode or something, a ravishing episode, and the person being ravished is writing letters while under threat from some guy. So it lets in implausibilities. It was difficult for Austen as she went through her novella to keep people separate so they could keep writing letters to each other, so she just summarizes the ending.

Now, for making a film, since it’s going to be a dialogue film and not just people speaking on cellphones, you have to actually bring people physically together. There was some material, some important conversations between—and they weren’t conversations, they were important information in letters—Lady Susan [Kate Beckinsale] and her friend Alicia Johnson, played by Chloë Sevigny in the film, where it was implausible to bring them together physically. And so, I created the character of Mrs. Cross [Kelly Campbell] as Lady Susan’s sort of exploited confidant. So some things had to be done in the adaptation to just make it work geographically. And in creating characters that were necessary to have, those characters kind of grow into individuals and have their own stories and their own plot and dynamics.

Speaking of geographies, the film introduces a number of locations very quickly between Langford, Churchill, and a street in London. There’s also on-screen text that both gives the names of nearly a dozen characters as we jump to each of these locations and a terse description of each character’s personality traits. Was there a specific logic behind providing so much detail early on in such a dynamically visual manner?

In early screenings when we were showing it to friends, you know, the rough cut just to get reactions, there were some people saying, “Well, I couldn’t follow. It went by so fast that I couldn’t read it all.” And we just decided that that’s what we’re doing. It’s not there really for people to be able to read and remember who everyone is. It’s there to set the tone of the film and give the impression of what kind of film we’re making and also to sort of show the wider world of characters.

I was able to watch the film twice and on a second time through I laughed at the introductory text, if only because you now know where all of these characters and their storylines are headed. Do you conceive your films, or certain passages in them, with the intention or hope that they’ll be re-viewed?

Yeah, it is true. I really like the idea of people seeing films more than once. Maybe they’re not going to see it more than once close together, like I don’t expect them to pay twice to go to the cinema, but I’ve often had the experience that I’ve seen a film, and then later it’s on TV and it comes on and I watch it and I enjoy it. There are films I’ve seen lots of times, like The Shop Around the Corner, that kind of thing. I love that idea. But I do also make films to be seen only once.

Your films also have a heavily intertextual quality to them. The trilogy that Criterion just released has recurring characters throughout, but there’s also a sense of actors playing different characters across the films, albeit a similar kind of character.

Exactly. And here, Kate Beckinsale seems to be reprising Charlotte from The Last Days of Disco, to a certain extent.

Where does that enter the filmmaking process for you? Is that something you start with as you’re writing or does it come about later?

You know, actor DNA is a huge part of the moviemaking process, and it’s also part of the scriptwriting process. The actor’s personality and what they do is going to be part of the major essence of the finished film. And if you know the actor and have seen them and seen what they can do, you can write that into the script. I saw Kate Beckinsale in Cold Comfort Farm, an adaptation of a Jane Austen-derived novel, while I was writing The Last Days of Disco and so I knew I had this actress potentially that I could get, and who I wanted to get, who would be able to play the Charlotte part really well. And you’re right, the Charlotte part and the Lady Susan part aren’t that different.

Yes, and it’s difficult to watch the scenes between Beckinsale and Sevigny’s characters in Love & Friendship and not recognize the similar dynamic and dialogue between their characters in The Last Days of Disco. How did you negotiate that potential contemporaneity with regard to having them speak Austen’s prose or approximations of it?

I think if you want to make it contemporary in a certain way, they’d just be saying the f-word 10 times. But if people are speaking cogently and as well as possible, I’m not sure it’s that different between now and then. What I found remarkable about the Austen novel is that everything she writes is still perfectly clear to us though the source is over 200 years old. But she has a slight change of meanings of words and usage of words and she uses them with just striking charm. I mean her phraseology is so charming and lovely and sort of funny just by the arrangement and usage of words. I think the writing in Lady Susan is Austen at her most lapidary. She’s writing these amazing sentences or phrases, like “Facts are hard things,” “It’s a pity you married Mr. Johnson,” “Too old to be governable, too young to die,” “I hope his next gout attack ends more favorably.” They’re these short, sort of perfectly worded sentences, and you’d have to go to the text to get the exact correct thing, but I’m not sure if she did that in all of her other works. In this book, I think she was flailing around a little bit in this structure, because she never published it, so she must have been unhappy with it in some way or considered it premature, but even though she might have been struggling with the format and the larger things in the book, I think she was putting an immense amount of effort and talent into small things. So this novella has sort of the best small things of almost all her books.

The precision of the dialogue and its sharpness here also makes the film stand out among other Austen adaptations, which I feel typically occupy a kind of middlebrow or “heritage film” aesthetic. Did you have some of these prior films in mind while making this and were you seeking to differentiate your adaptation in a conscious way?

Absolutely. There do seem to be Austen fans who like everything. But I think there are other Austen fans who feel that rarely is she really well-served. I think a lot of us love the Emma Thompson and Ang Lee Sense and Sensibility. But such a beautiful adaptation of her books is very rare. And I think the fact that the book’s not a perfect masterpiece itself gave it more scope to be sort of perfected on screen.