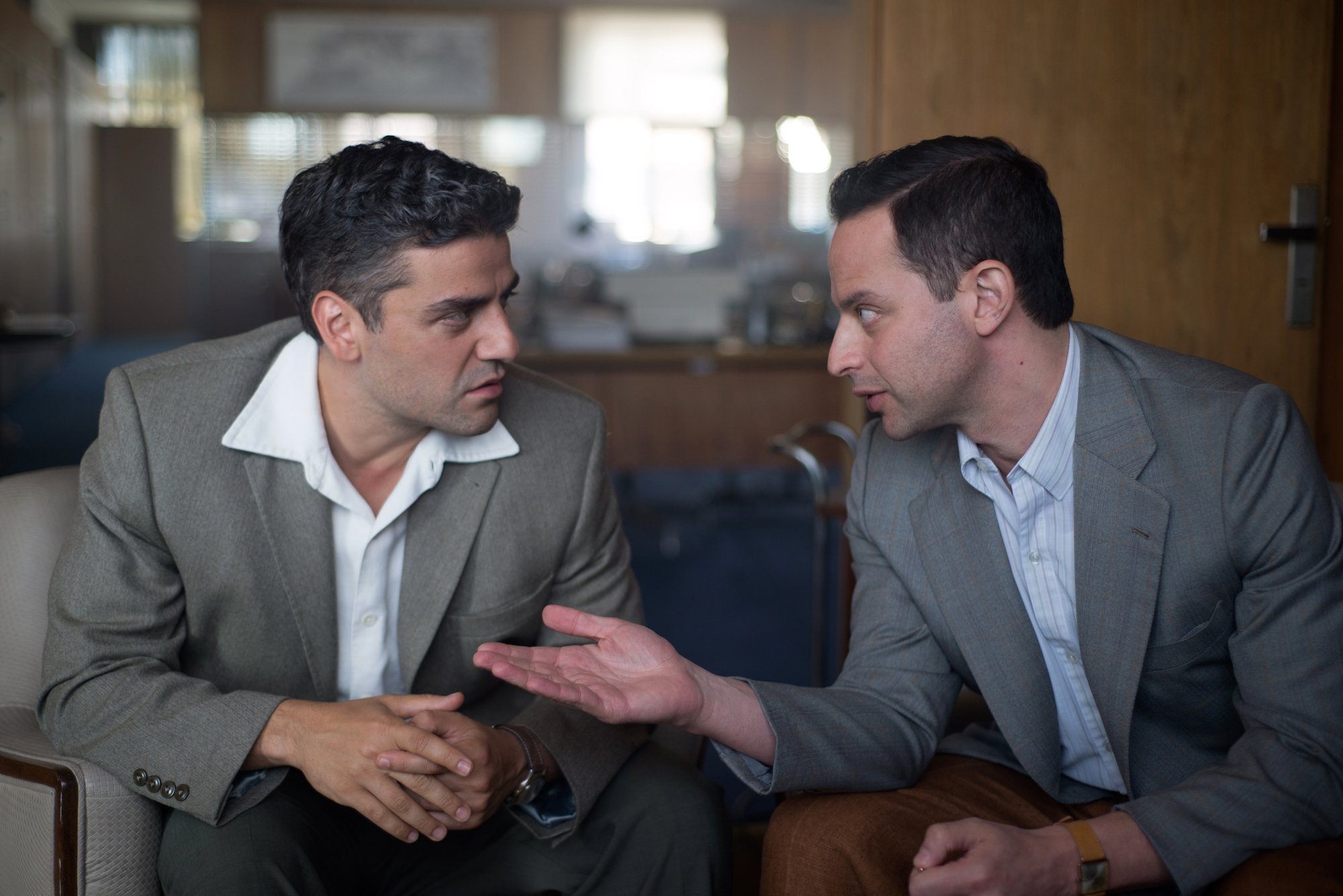 The history of comedic actors who pivot toward dramatic roles is admittedly a checkered one. For every Robin Williams or Steve Carell who can successfully bring the latent darkness of their comedic characters to the surface in a more solemn turn, there are multiple others who take these parts as a transparent ploy to convince audiences that they deserve to be taken more seriously. Spotting the difference between an organic career development and a publicity-seeking stunt can be a tough one, but Nick Kroll, creator and star of television’s Kroll Show and Big Mouth, as well as a recent Broadway headliner in Oh, Hello!, makes it easy.

When I talked to him over the phone this month, Kroll spoke confidently and unassumingly about his role in director Chris Weitz’s Operation Finale as Rafi Eitan, the Mossad agent who oversaw the mission to kidnap Nazi official Adolf Eichmann from exile in Argentina and bring him to stand trial in Israel for his war crimes. There’s no doubt in his mind that the role is one he’s earned the right to play on his own merits, and any attempts to read his dabbling in drama as a ploy for attention are overanalyzing a simple choice.

In our conversation, we discussed the similarity of his process across genres as well as how he handles relevant social concerns in both.

Between Jeff Nichols’s Loving and now Operation Finale, you’ve really started to build a portfolio of dramatic acting roles. Is this indicative of a direction your looking to take your career in?

It’s indicative of being very fortunate that I get to keep doing different kinds of things. And in this case, it’s such a great story, such an incredible cast and creative team that I was just excited to be a part of it. The plan is to keep doing a variety of things, and movies like this being one of those things.

Have you always had a hankering to do drama, or is this something new?

I’ve always loved comedy and always wanted to do it, but I’ve also always wanted to act. People love to think of comedians as just wanting to do comedy, or when they do a dramatic thing, it’s just a conscious decision or departure. For me, the more variety I have in my creative output, the more I enjoy each version of it and appreciate doing it all that much more.

Are you able to use your comedic skills in acting, and vice versa?

Yeah, I think so. In this film, my character does have some lighter moments. So, obviously, that’s natural for me. I tend to use the stuff that I’ve learned in the drama space and always have in my comedy. If you look at Kroll Show, there’s high drama all over the place. It’s also ridiculous, but the best comedy for me comes from a place that’s played as truthfully and dramatically as possible. I try to let both—and I don’t think it’s an either/or thing—comedic and dramatic inform one another. I don’t think they’re separate entities.

Both Loving and Operation Finale have in common the pursuit of correcting injustice through the legal system. Is that pure happenstance, or are you consciously seeking out projects about justice?

It’s funny, I’ve never made that connection, but that’s pure coincidence. It’s probably more endemic of what kind of storytelling works in filmmaking. I guess, in both cases, neither film is specifically about the trial but about the lead-up to how one seeks to right wrongs through the justice system. There are obviously action and heroic stories to tell, and real change often is through court of law. Both stories do reflect that.

Is there a certain social responsibility you feel as an artist these days to put those narratives out in the world?

Operation Finale, the subject matter of Eichmann and bringing him back to stand trial for his crimes, is unfortunately as relevant now as it was then. Not only because of the fact that there’s still Nazis and racism and anti-Semitism and xenophobia and genocide and families being separated, all these things that feel like they should be a part of the past that are still very much a part of our present, makes the story relevant. What’s behind the film, to me, is exploring the idea of when given the opportunity, do you seek vengeance or justice? I think the film is saying that you should seek justice because when you seek vengeance, it just perpetuates the cycle of violence and hatred.

I want to ask you about a recent film of yours that I think has a lot more to say than many “issues” movies: The House. Are you aware that there’s a vocal minority of film writers begging people to dig deeper into the movie?

There’s a small group of us out there waving the flag for it.

Oh, thank you. Again, I would say what’s partly underlying that film is the ennui of suburban existence. How do you pay for college? How do you deal with the real issues that people are dealing with? And so I think in good work, whether comedy or drama, there’s real stuff at play. I’m glad to hear that.

Are you all discussing the political resonance in the production process the same way you would on something like Loving or Operation Finale?

I can only speak to my process, whether I’m figuring out who this character of Rafi is in Operation Finale or my character in The House who’s the bad-guy town councilman, which is what’s driving this person who’s making the decisions he’s making. Trying to be a real actor and building real backstory as to why he’s ended up where he is, what his goals are, and so I definitely think about that stuff. Sometimes it comes up in conversation, sometimes it’s just kept to myself. But I think, for sure, earlier on in the process of building out and producing The House, those conversations happened. If they’re not, on some level, what are you spending your time doing?