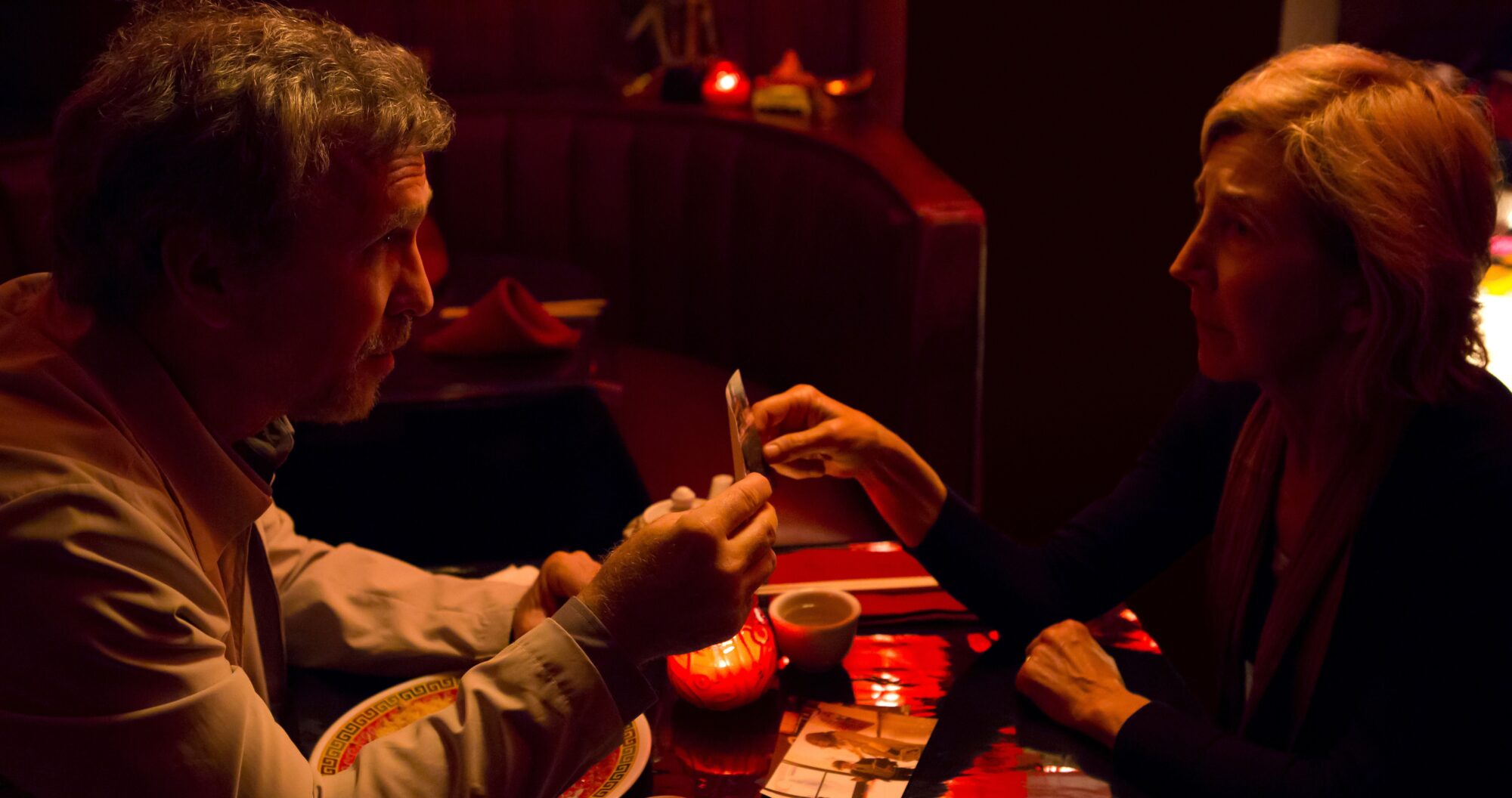 The sad irony of Insidious: Chapter 3 is that it sees psychic Elise Rainier (Lin Shaye) traveling again into the rogue’s gallery of the spirit world known as the Further even as the film itself doesn’t push beyond a binary way of thinking about good and evil. The words that open the film—“A few years before the Lambert haunting”—portend the story’s function as, above all else, an act of bookkeeping. In lieu of advancing a view of the dead’s dominion that doesn’t abide by the law of “just becauses” (how the line of demarcation between good and evil comes to be drawn; how simply making contact with the dead exposes one to malevolent beings), Chapter 3 is often content to wink at the ways the first two films spooked audiences. Elise’s coming around to helping teenage Quinn Brenner (Stefanie Scott), after the girl innocuously reaches out to her dead mother and comes to be haunted by the Man Who Can’t Breathe (Michael Reid MacKay), is the setup for a journey into the afterlife that giddily establishes how the psychic met up with paranormal investigators Tucker (Angus Sampson) and Specs (Leigh Whannell) and repeatedly reminds us that she’ll eventually meet her end by the cold, dead hands of the Bride in Black. But while this investment in the serial aspects of the franchise similarly doomed the backstory-clogged Chapter 2, and in spite of its sentimental mood swings and risible use of the Magical Negro trope, Chapter 3’s irrational view of the beyond at least works to amplify the perverse menace of the Man Who Can Not Breathe’s scare tactics. Throughout, writer-director Leigh Whannell’s deploys a number of clever twists on the franchise’s dependence on the jump scare, and in the methodical staging of Elise’s trip into the spirit world and encounters with the ghoulies who live therein, he successfully captures some of the lightning-in-a-bottle frisson that distinguished the first film as an old-fashioned haunted-house attraction.

Growing Up in a Landfill: Hanna Polak’s Something Better to Come