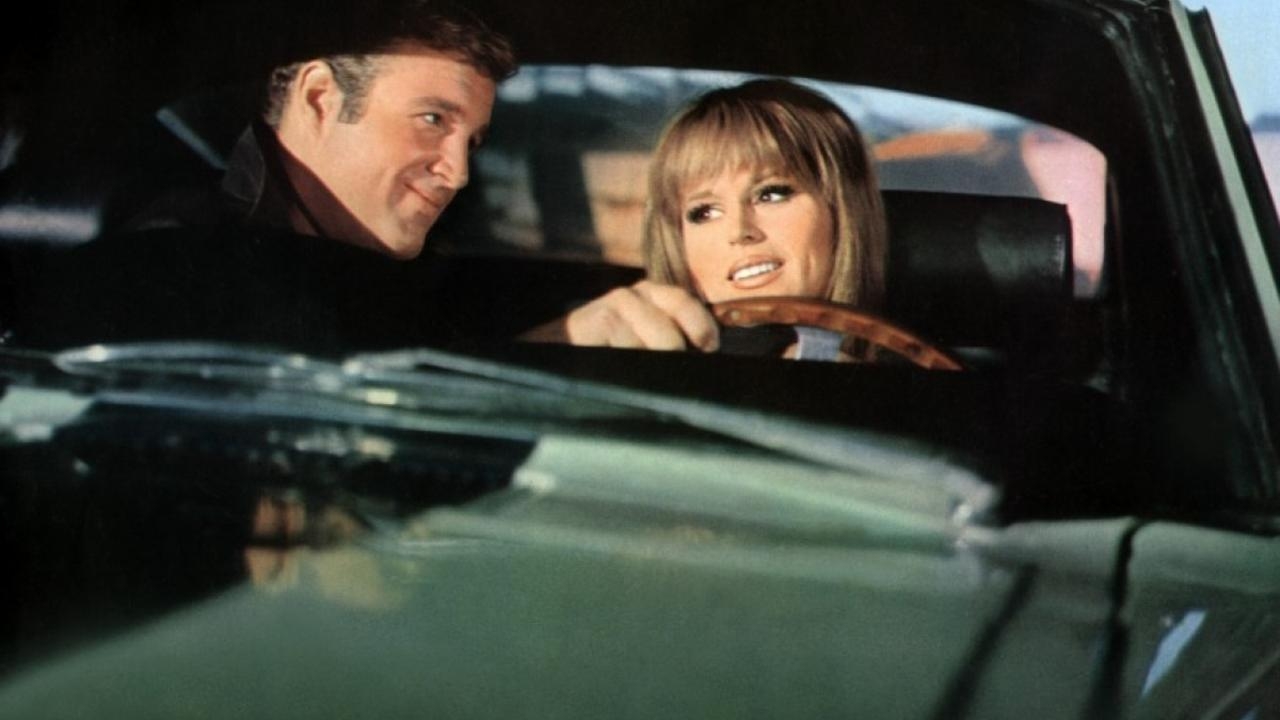 At the Museum of Modern Art’s just-finished Julien Duvivier retrospective, which showed a good cross section of the neglected director’s seventy-two films, I heard a lot of chivalrous defenses of Duvivier and the long-since-repudiated French “tradition of quality,” which included fairly dismal directors like Claude Autant-Lara, Christian-Jaque and Jean Delannoy. More to the point, I saw and grappled with several Duvivier films, only briefly taking a break for a screening of Howard Hawks’s Red Line 7000 (1965) at BAM’s recent “Late Film” series. The issues this experience raised for me have helped me define where I stand on the issue of strict auteurism, which is alive and well at Dave Kehr’s blog (see the recent gladiatorial combat between Kehr and Kent Jones over the merits of John Huston).

In his book on Hawks, Robin Wood made an impassioned defense of the generally despised Red Line, and it’s an entirely convincing defense unless you see the film itself. Wood goes through most of Hawks’s movies and analyzes them from an ideological point of view, protesting that he cannot explain or replicate the sensual/visceral experience of the films, which is why he can conclude that Monkey Business (1952) is a more successful movie than Bringing Up Baby (1938). Show those films back to back and it’s easy to see that Baby is the better, more troubling, more ecstatic film experience, but Wood sees the basic plot of Monkey Business as more classically balanced than Baby, so he deals with a kind of platonic essence of that film and not with the experience of actually seeing it, which is to say that he barely deals with the movie on an aesthetic level (ironically, it is at the level of pure aesthetics that the best auteurist writing has been most convincing).

Red Line 7000 is a fascinating train wreck of a film. It is stiff, angry, wayward, filled with random product placements and littered with stilted, uncertain acting. The film’s mostly young, unknown actors are so inept, in fact, that Red Line got more laughs from the BAM audience than most comedies do. In his Hawks book, Wood once again sees a platonic essence of this movie and doesn’t seem at all phased by the poor playing of most of the cast (it must be said that a young James Caan and the frankly libidinal Marianna Hill do what they can with their roles). Nor does Wood comment on the awkward editing, or the moth-eaten, lazy clichés that stand in for the psychology of the six main characters. Not even the atrocious talked-through musical number “Wild Cat Jones” phases Wood; according to him, every last moment of this film has been thought-out, judged and made perfectly clear, but the only thing that’s clear is that Wood has thought it out and made it infinitely better in his mind.

Some of Hawks’ early films don’t have his distinctly dry personality, but Red Line is a helplessly personal movie about…impotence? (One of the film’s drivers loses a hand but then goes right on driving with a literal left hook.) There are girls, girls, girls galore in this picture, but Hawks can’t seem to tell them apart, and echoes from his previous work have unintended consequences; when Hill is spread out on a passenger seat next to Caan, it’s impossible not to think of Lauren Bacall in the passenger seat next to Humphrey Bogart in Hawks’s The Big Sleep (1946), but Hill doesn’t have Bacall’s lustrous hair, and when she smiles, we can see that some of her teeth are yellow. On the lowest level of hard-line auteurism, the way that Hill in Red Line evokes Bacall in Big Sleep is enough for an argument of superiority over the best of Julien Duvivier’s films, and this non-argument can be taken a nightmarish step further: as Holly in Red Line, Gail Hire looks like Paula Prentiss, who had just starred in Hawks’ Man’s Favorite Sport? (1964), and is obviously talking in an unnaturally low voice to give Hawks the Bacall facsimile he wants. A copy of a copy of a copy, Hire brings the auteurist’s praise of a director’s thematic/visual continuity down to its most rock bottom denominator of diminishing returns. 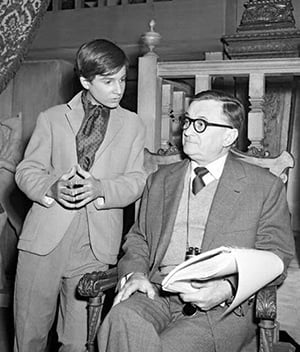 Howard Hawks is a great film director; his reputation is assured and seldom assailed today, so the revelation of a Red Line won’t do him much harm. Julien Duvivier is a different story. From what I have read and, more importantly, seen, he was not an auteur in the classic sense of that word. His best screenwriter, Charles Spaak, said that films were “his drug,” and that he made too many. Hawks was versatile only in the sense that he turned every disparate genre, from gangster film, screwball comedy, western and musical, into a Howard Hawks movie. Duvivier was versatile in the work-for-hire sense that he could tackle most genres and come through with a professional product, to the best of his ability. In many of the Duvivier films I saw at MoMA, he moves his camera pointlessly and keeps up a dizzyingly fast pace, which leaves a shallow, busy impression that is either “entertaining” or maddening, depending on your taste.

Yet Duvivier’s Poil de carotte (1932, Carrot Top in English) is one of the most touching films about unhappy childhood that I’ve ever seen. In this early sound movie, Duvivier’s camera-work is still rather fancy, but for once it feels shyly inquisitive, moving in and out and to the right and left to match the sensitive moods of the main character (Robert Lynen), a freckle-faced boy despised by his mother (Catherine Fonteney) and neglected by his father (Harry Baur). The contrast between Fonteney’s Comédie-Française gesticulating and Baur’s naturalism suits their roles perfectly, and Lynen is an extraordinary camera subject, uninhibitedly picking his nose, cavorting in the woods with a little girl, and desperately looking for some kind of affection or approval. The rhythmic build-up to the ending, which brings us unsettlingly close to the boy’s Mouchette-style unhappiness, is intensely upsetting, and I was very moved when Lynen insisted that we should be able to pick our parents (both Baur and Lynen were later killed by the Nazis during World War Two, and this knowledge gives the film even more heft than it already has).

When he dropped his entertainer’s mask, Duvivier seems to have had a talent for moments of deep humiliation; he could do the all-at-once despair of failed actor Michel Simon’s last stand in La Fin du Jour (1939), the harrowing rush toward violence in the Pierre Blanchar segment of Un Carnet da Bal (1937) or the slow-building despair of Lynen’s unloved carrot top. Poil de Carotte is close to a great film; if he’d only made that, Pepe le Moko and La Fin du Jour, Duvivier might rate a higher reputation, but his career is stuffed with outright junk, so he gets banished to auteurist hell. Died-in-the-wool auteurists would rather look at Red Line 7000 five times than see Poil de carotte once. Similarly, non-auteurists will scoff at the minor work of major directors and open the floodgates to the chaos of “it’s all good.” Rather, let’s say that it’s all worth picking over and arguing about, so that we don’t shut out Duvivier’s lone Carrot Top and we don’t fall too hard for the remarkable consistency of Hawks’ adolescent, austere idealism.