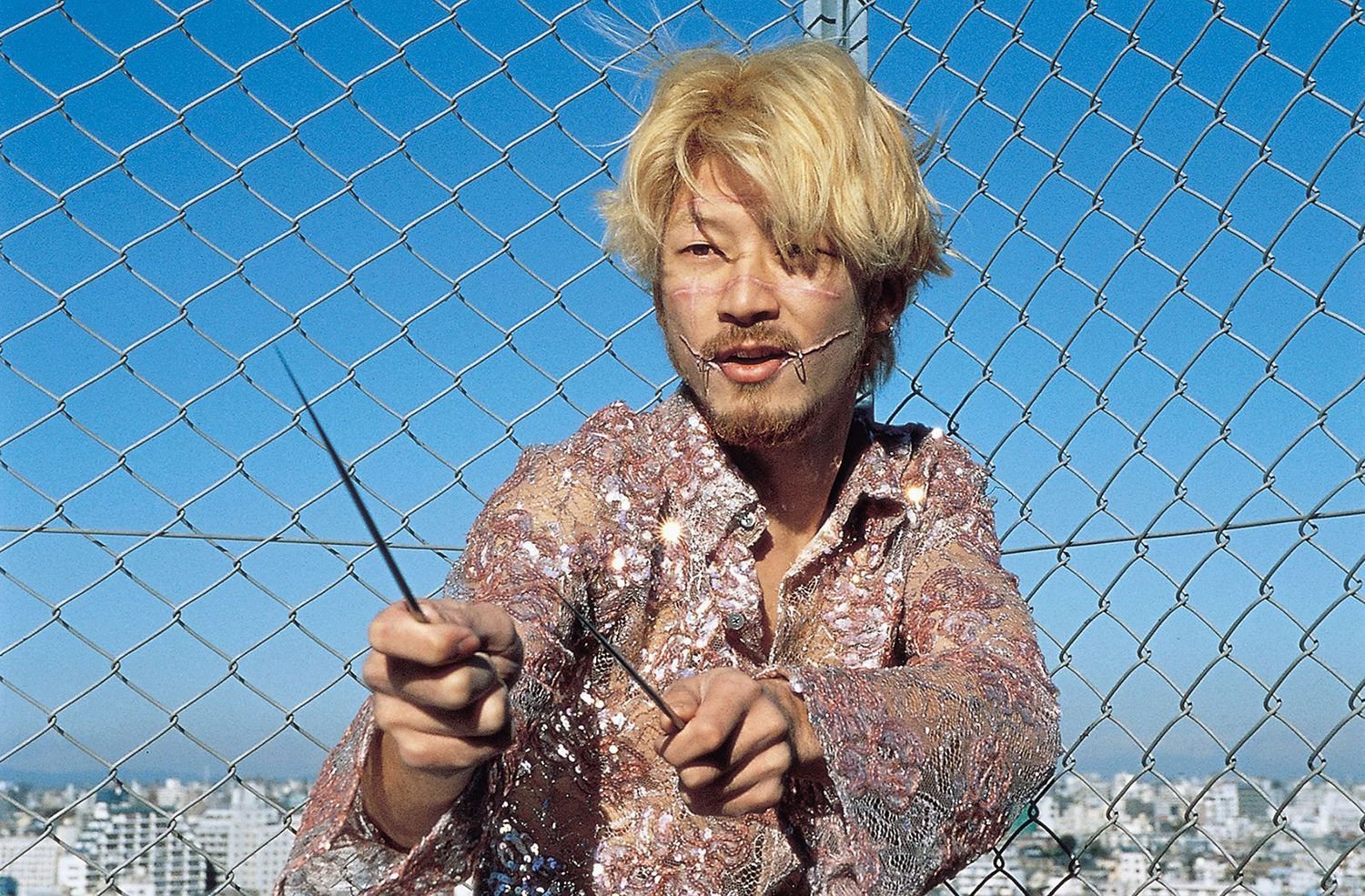 Unhinged even for Takashi Miike, Ichi the Killer suggests a bloody and ejaculate-stained Rorschach inkblot, reveling in ultraviolence that can be interpreted to flatter any adventurous audience’s sensibilities. Fanboys have celebrated the film as a work of supreme badassery, with outré imagery and wild tonal swings that might make Seijun Suzuki blush. Moralists find Ichi the Killer’s gleeful detonation of taboos to be reprehensible, and certain critics have understandable qualms with the film’s baffling narrative, which omits moments that could offer clarity in terms of which yakuza are killing whom for which reasons. Other critics, this one included, believe the film to be greater than the sum of its parts: an uncomfortable work of gutter surrealism.

Anything goes with Miike—both within a film and from film to film within his oeuvre, and this can box critics into a corner. With Miike’s most gonzo productions, and Ichi the Killer certainly qualifies, it’s nearly impossible to sort the intentional resonances from the inadvertent. Either consciously or intuitively, Miike doesn’t subscribe to notions of consistency, recognizing the word as representative of artistic self-censure. Instead, Miike prizes the energy of invention and the unmooring intensity of incompatible tones and textures being quashed together; he derives his artistic power from resisting rarefied auteur pretensions, rendering himself a nearly unassuming workaholic craftsman. This is how 1999’s Audition, a globally adored horror film with realistic psychological textures and operatically awful violence, can be released the same year as Dead or Alive, in which characters have little identity and the tone of the violence oscillates madly.

Ichi the Killer assaults the notion of respectability in art. Most films tonally code their violence as horrible, so that audience members may feel un-implicated for consuming disreputably visceral highs. This hypocrisy is particularly true of films that use rape as a plot device, though Ichi the Killer doesn’t flatter audiences in such a manner, which is the true reason for its controversial reputation. Miike’s violence is repugnant as well as riotous, openly embracing its mercenary function to shock and awe.

At the beginning of Ichi the Killer, a woman is raped and beaten, and Miike sustains two simultaneous tones throughout the sequence. The woman’s suffering is earnestly performed and acknowledged, yet the rapist’s assaults are stylized in a slapstick manner, with punches that are accompanied by explosions of hyperbolic sound. In other words, the man is turned into a punchline without compromising the woman’s pain, though one still wonders if Miike cares about the woman or if he emphasizes her suffering so as to inform the scene with a melodramatic texture to counterpoint the flippancy of the violence. Which is to say that Miike is less concerned with morality than with offering a canvas that has many moods and colors. Meanwhile, baby-faced Ichi (Nao Omori) stands outside an apartment window watching the rape and vigorously masturbating—an action that reflects the audience’s delectation of atrocity. The film’s title then arises from the huge pool of semen that Ichi deposits on a potted plant, suggesting a physicalizing of id.

Throughout the film, Miike continues to stage the violence with a disorienting mixture of sarcasm and melancholia. It may be disingenuous to assign meaning to Ichi the Killer, which inspires discomfort for the purpose of notoriety and, perhaps, so as to mine a primordial element of sexual neurosis. Miike’s yakuza are clowns and sadists, pain freaks lost in an urban labyrinth which the filmmaker renders as a haunting industrial underworld that’s pockmarked with blasts of giallo red and blue. The pitiful tough guys of this film are destroyed by Ichi, a killer who’s also an emotionally stunted man-child, whose neediness rhymes with the overcompensating cruelty and avarice of the gangsters. With his black leather suit and brainwashing master, Ichi suggests a descendent of Dr. Caligari’s minion, Cesare.

There’s no doubt that Miike is getting off here on his own bravura, and he often allows images to overstay their welcome out of playful stubbornness. A prolonged torture scene fuses elements of Hellraiser and Audition, showing a gangster hanging from meat hooks, his skin turning into silly putty. The architect of this Grand Guignol exhibit is Kakihara (Tadanobu Asano), a bottle-blond killer with scars crossing his face and piercings that hold his sliced mouth together, resembling the Joker if he dressed to go clubbing. Cackling, Kakihara pushes long needles through his victim’s mouth and cheek, which Miike frames in gleeful close-ups. This scene is played as comedy, and it’s disgusting yet staged with breakneck vitality. It’s impossible to reconcile this cruel splatter with, say, a later moment in which Ichi murders a woman he loves, and looks up toward the ceiling, unleashing a tormented wail.

Ichi the Killer understands violence and vengeance as self-perpetuating cycles. For all of his tastelessness, Miike lingers on lost children, showing how they’re groomed into prejudices, especially a hatred of women. The film ends with revenge fulfilled, though the final image is of a boy who looks back at the camera—at us—revealing blossoming alienation. A fatherless son, he’s readymade to assume the mantle of either Kakihara or Ichi. This moralizing isn’t at odds with Miike’s sensationalism, but merely a texture within it.

Interview: Takashi Miike on Blade of the Immortal, His 100th Film