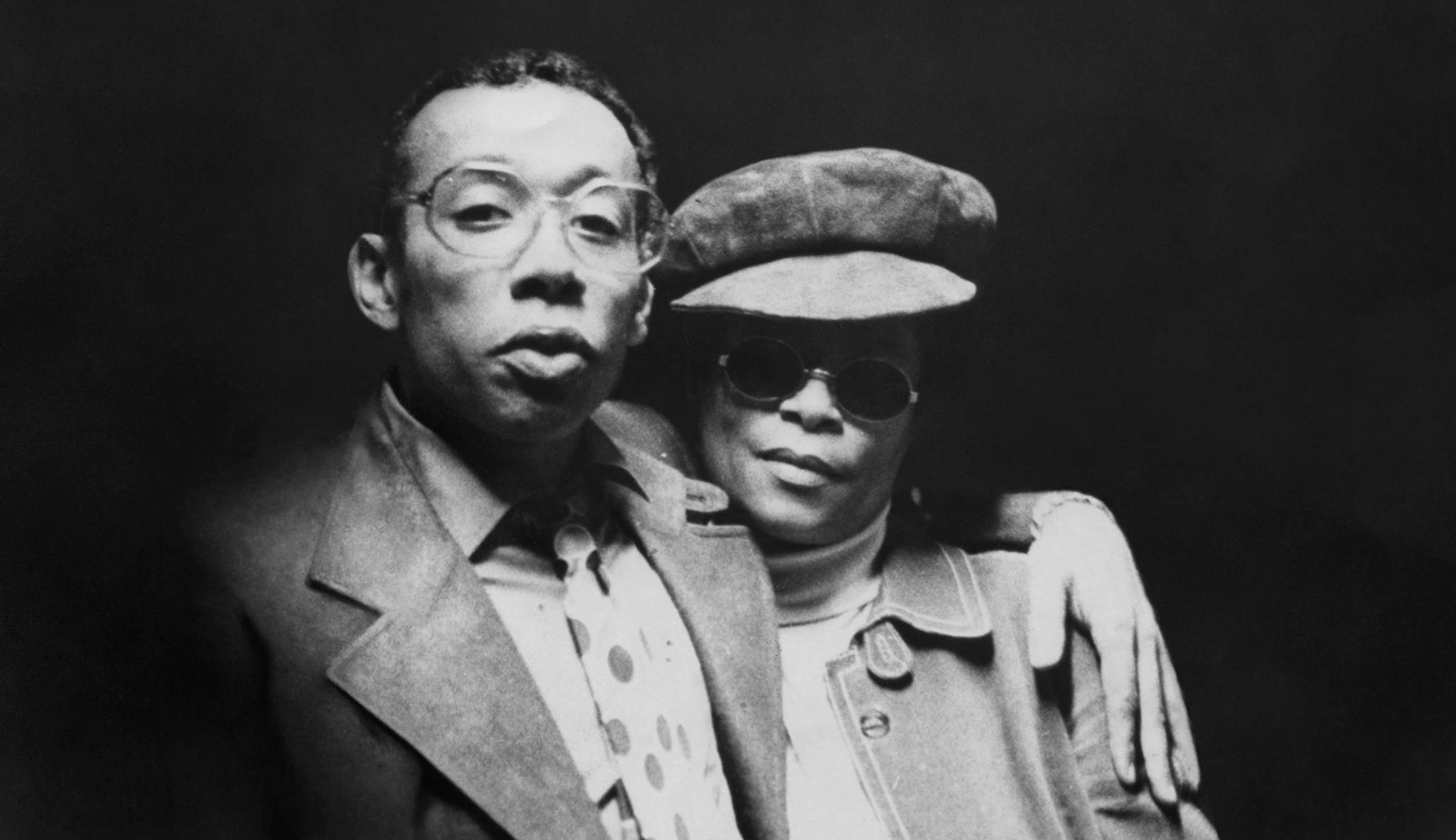 Kasper Collin’s I Called Him Morgan imbues the type of documentary dependent on talking heads and stock footage with unusual dimensions of beauty and mystery. The film takes its stylistic cues from its primary setting: New York City from the middle of the 1950s to the early 1970s, when American jazz was at the peak of its popularity. Throughout, Collin recreates this milieu by mixing evocative stock footage of New York with beautiful black-and-white still photos, many taken by the legendary Francis Wolff, with new images of landscapes that symbolize the shifting moods of the narrative.

There’s a bracing and poetic specificity to the New York City that Collin establishes: the billboards advertising film and theatrical productions; men outside a pharmacy ready to play craps; others reading newspapers with thermoses tucked under their arms; and the city, come night, illuminated in bright strips of light to ward off the darkness. Even the contemporary interview segments, co-shot by the gifted cinematographer Bradford Young, have a sense of vitality—an awareness of the skin tones and the creases and wrinkles of the subjects, who’re primarily elderly African-Americans, participants in a remarkable moment in American art.

I Called Him Morgan tells fragments of the story of great jazz trumpeter Lee Morgan, who, as a teen, recorded on John Coltrane’s Blue Train and threatened to upstage Dizzy Gillespie in the latter’s own band. Morgan played for Blue Note Records, helping to define the label’s sound, and, later, for bands like Art Blakey and the Jazz Messengers, eventually recording albums such as the surpassingly beautiful Search for the New Land and Cornbread. Like too many jazz icons, Morgan had a heroin problem (which he kicked) and died young. Morgan was famously shot by his wife, Helen, in the nightclub Slugs in February of 1972, a blizzard blocking an ambulance from reaching him in time to save his life. Morgan was 33 when he died, having lived seemingly many lives within the span of a conventional person’s first act.

At a brisk 92 minutes, I Called Him Morgan dramatizes the rise and fall of Morgan and Helen’s relationship. In the spirit of great jazz musicians, Collin respects and understands the power of silence as a form of artistic punctuation. The filmmaker often lingers on what his interview subjects don’t say, when they pause to collect themselves. Early in the film, Collin introduces a recurring image of snowflakes falling from out of the sky, while a snatch of Morgan’s music plays in the background. The eerie tableau serves as a minimalist visual canvas that exacerbates our awareness of the precision of Morgan’s pauses, which cumulatively convey a kind of emotionally spikey smoothness. Initially, one might mistake these snowflakes for a symbol of transcendence, but they gradually attain a patina of annihilation.

The film is framed by an interview that Helen recorded a month before her death in 1996, as an elderly woman getting her high school degree. Helen’s Western Civilization teacher, Larry Reni Thomas, is a jazz aficionado who understood the insight that this person could provide into a fascinating world. Helen’s frailly delivered yet hard and confident sentiments are layered over the images, often with subtitles floating on the screen. And so we learn Helen’s story, from both the first- and third-person, retracing her steps as a tough young North Carolina girl, a girl of the country, a mother at 13, who moved to New York City and established herself as a bohemian mother and lover to a group of brilliant, often rootless musicians, particularly Morgan.

Eventually Morgan gets to speak as well, from an interview he recorded in 1971, as his marriage to Helen was faltering. The dapper sprightliness of Morgan’s voice—a man who died young, lost to legend-hood—resonantly contrasts with the aging voice of his wife, who lived long and remained haunted by an impulsive act of jealousy that blossomed into murder. I Called Him Morgan becomes a Proustian monument to the past, then: as Thomas speaks of Helen; as musicians like Wayne Shorter examine photos from Helen’s place on 53rd street (not far, she says, from Birdland), which she and Morgan eventually left for the apartment in the Bronx. There’s a great photo of Helen, taken in the pad on 53rd street (the address that signifies idealism squandered), with her half-turning toward the camera from the kitchen—her ferocious will, sexiness, and maternal instinct crystallized.

Collin pointedly refuses to cast judgement on Helen, imbuing this film with an ambiguous, unsettlingly empathetic emotional force. The filmmaker utilizes Helen as a symbol for the unquantifiable gravitational pull that’s wielded over society unknowingly by each of its inhabitants. With I Called Him Morgan, Collin has fashioned a romantic socialist ghost story.

Review: A Woman, A Part