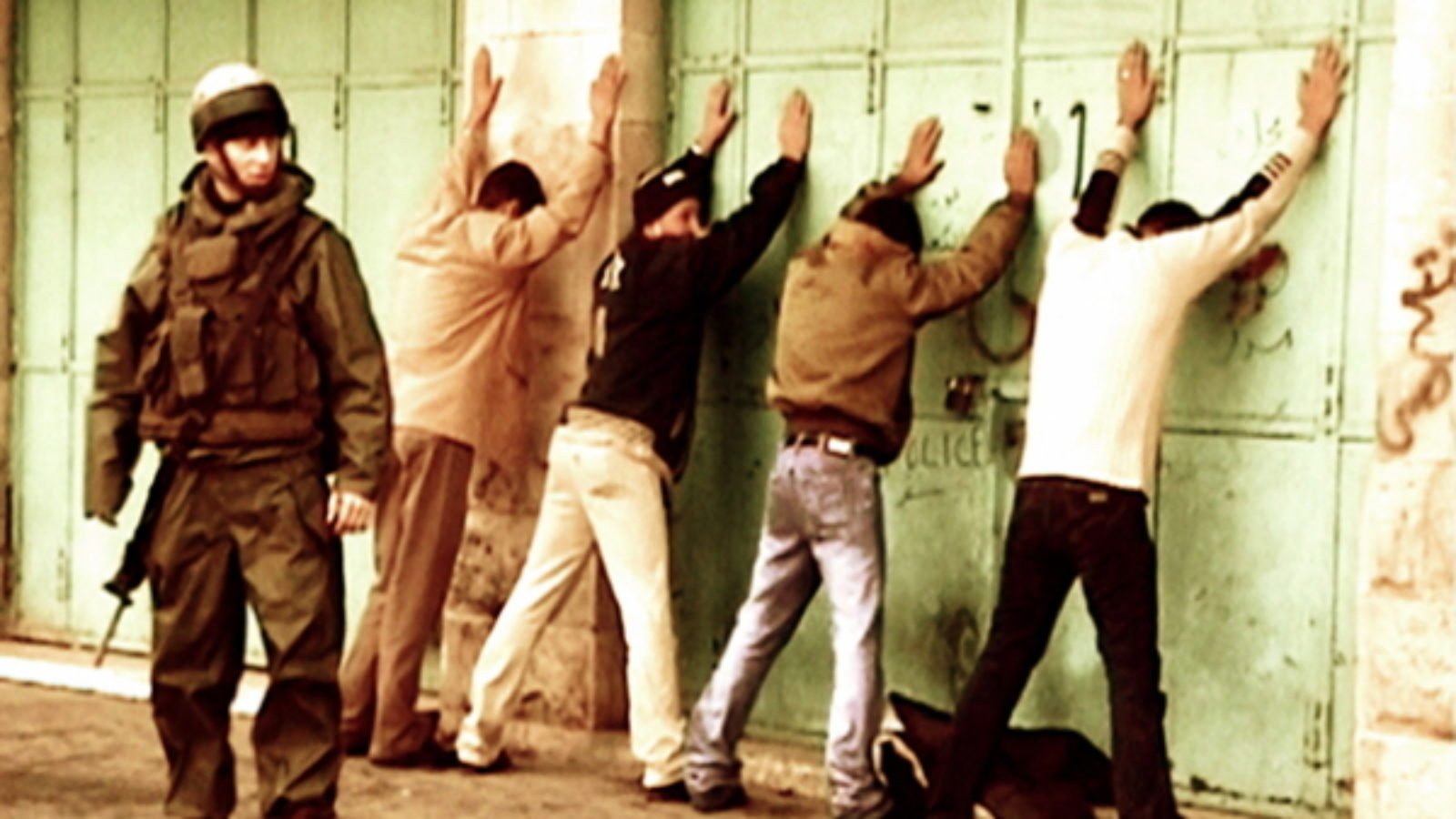 “We killed Jesus—we’re proud of it!” a yarmulke-wearing teenager taunts a Christian peacemaker in Giulia Amati and Stephen Natanson’s This Is My Land…Hebron, a startling glimpse into life at ground zero of the Israeli occupation. The doc begins with a pace-setting, arresting opening that swiftly crosscuts between images of daily life, from soldiers to street markets, while anonymous voiceovers stubbornly insist on the right of Jews to settle in Hebron. This contested territory is home to 160,000 resentful Palestinians, 600 hardcore Israelis who’ve plopped themselves down in the city center, and 2,000 Israeli soldiers, many not too keen on having to defend fellow Jews who order them around as if they were their own private security force. One Ha’aretz journalist says he hates going to Hebron above every other occupied city since it’s the most brutal. Indeed, but even the physical violence pales in comparison to the psychological torture inflicted on the city’s residents every day. The stones young Jewish kids throw at their Arab neighbors while their approving parents watch might not always make it through the wire fences the Palestinians are forced to live behind for their own safety, but the emotional blows delivered are as heavy as a boulder. Both sides live in a city in which hate is nurtured right along with the olive trees.

While the film manages to be fairly evenhanded in its selection of talking heads (interviews with activists, journalists, parliament members, and Hebron’s residents are evenly divided in their loyalties), it nevertheless remains crystal clear that the co-directors’ sympathy lies firmly with the Palestinians. Yet with its powerful images, the doc is propaganda at its finest, with adequate airtime given to the levelheaded leaders of the settlers in order to balance out the loonies (like the Jewish woman who carries a screaming toddler—obviously fed up with Mom’s hysterical provoking of a mild-mannered Palestinian man picking olives in his own grove. Does Hebron lack child-protective services, too?) The camera shoots from the POV of a hijab-clad woman as she begs a soldier on the other side of the wire to help escort her young son home, watching helplessly as other youngsters bully and block him from reaching their door. The settlers’ message is clear: We will create an intimidating atmosphere of fear until every last Arab has been squeezed out of what we believe is our sacred land. Even the most rational-sounding of Hebron’s Israelis seems only to be living in self-justifying denial (like the woman who urges folks to come see that they aren’t living on an army base in some war zone—before the filmmakers cut to the ever-present military men).

And when outsiders do venture in (both sides have their own biased tour guides, the settlers represented by a rabbi, the anti-occupation contingent by an ex-Israeli soldier who heads a group called Breaking the Silence), what they see is surreally troubling; even a black South African fellow says the comparison to apartheid is “incompatible,” that he’s highly disturbed by the situation in Hebron. It’s easy to understand why many in Israel’s army refuse to serve there. When the easygoing ex-member of the Israeli parliament, whose historical account of Hebron is nicely interweaved with the rabbi tour guide’s alternate version, likens the circumstances to fascism with the goal of ethnic cleansing, he’s not exaggerating. In Hebron, parallels to the Nazi genocide are abundant and palpable, with the victims now having gained a sense of entitlement and taken on the role of the oppressor. Graffiti reading “Gas the Arabs” covers walls outside homes that are subjected to the military’s constant random searches. (With a straight face, the settlers’ leader insists the tight security is necessary since many of the suicide bombers who wreak havoc in big cities like Tel Aviv hail from Hebron. Journalist Gideon Levi, on the other hand, calls these Palestinian residents the most tolerant people in the world—that it’s a wonder more Arabs don’t explode from the daily pressure.)

A Palestinian man theorizes that the Israelis want to create a self-imposed “Jewish ghetto” where Arabs aren’t allowed. In one particularly jarring scene, the co-directors film a young girl shouting insults at female Palestinians. She’s wearing a Star of David sewed onto her dress. “To be a good Jew is to be faithful to justice,” the settlers’ spokesman explains, which echoes back to a Palestinian resident who says that he doesn’t believe in a Lord who anoints “chosen ones,” but in one that is just. But what does justice mean? The ex-member of Parliament ventures that most of Israel doesn’t want to know what’s going on in Hebron—so that when the powder keg finally erupts they can plead ignorance. “Being silent is being for (the occupation),” the ex-soldier reminds us at the end. History has shown that appeasement is a strategy that can only hold for so long.