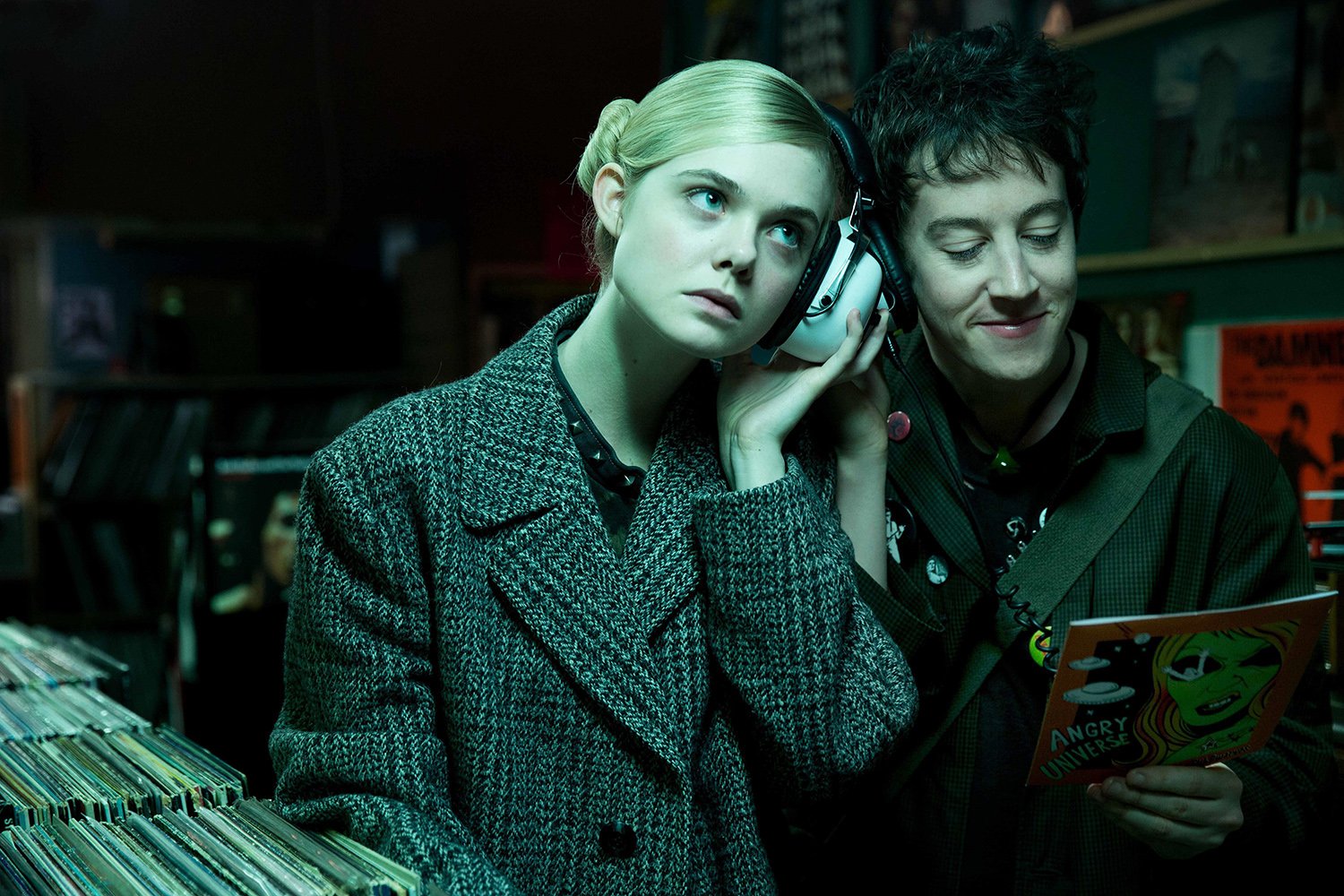 Punk is often looked back on wistfully, particularly by middle-aged persons, as a thoroughly well-spirited uprising of youthful hearts, filled with creativity and irreverence. At one point in John Cameron Mitchell’s How to Talk to Girls at Parties, Queen Boadicea (Nicole Kidman)—the local music-scene den mother with a platinum back-combed bob like David Bowie’s in Labyrinth—explains that her Celtic namesake was the first true punk for thumbing her nose at the Roman regime and sparking anarchy in the U.K. in 61 AD.

Any misguided notion of punk’s nobility is ripped away within five minutes, as young Enn (Alex Sharp) and his friends John (Ethan Lawrence) and Vic (A.J. Lewis) are shown spitting, swearing, graffitiing, and generally being thoroughly unpleasant. The year is 1977, the setting Croydon, and their mission is to get laid. Enn talks of anarchy and doing better than his parents’ generation, but the truth of the title rings loudest. At a gig, set up by Boadicea, the punk bien-pensants are shown convulsing in synchronized discord to thrashing rock, and foaming at the mouth like the sorry, virally afflicted souls from 28 Days Later.

When the boys alight at a rundown mansion for the gig’s afterparty, things take a decidedly Kubrickian turn. The interior is furnished with similar nightmarish installation art as the Korova Milk Bar. Their hosts, clad in biliously bright PVC—a mélange of 2001: A Space Odyssey’s space-chic and A Clockwork Orange’s dystopic loungewear—turn out to be aliens. They begin to chant in a cultish choir, echoing Eyes Wide Shut, and lulling the trio into a euphoric stupor. But Mitchell does what Kubrick wisely never did: He partakes in the mania, and the film lurches on as if with a head full of moloko.

Enn meets Zan (Elle Fanning), a willowy alien with blond hair, wide eyes, and a puckish sense of rebellion far outweighing that of Enn and his droogs. As Zan attempts to compile life experiences to add to her colony’s hive mind, romance, apparently, blossoms. How to Talk to Girls at Parties, adapted from a Neil Gaiman short story of the same name by Mitchell and Philippa Goslett, soon liquesces into alphabet soup, its messages coded with about as much sophistication. There are a handful of half-formed ideas: parents eating their young; rebellion (of course); going after new experiences; and crossing the political gulf. Enn’s mum, played by Joanna Scanlan, is dating a Tory, something the boy eventually learns to forgive. How big of him.

These stray strands are lost in a spiky mess not dissimilar to Boadicea’s coiffure, and all the while we’re expected to be compelled by an undercooked love story, troubled by unexplained cosmic politics, and convinced of the liberating shiver of punk energy that leads our heroes to a showdown of laughable proportions against the aliens. The film’s tagline goes “Talk to the girl. Save the world,” but at no point does Earth’s fate hang in the balance, and talking to Zan is no great challenge for anyone. In fact, the conversation she shares with Enn’s mum is one of the least intolerable in the film—a brief respite from the self-righteousness on offer most everywhere else.

As far as intergalactic romance and the worrisome generational divide goes, you’d be better off watching Tom Graeff’s Teenagers from Outer Space, a sci-fi film that doesn’t waste so much of your time. Whereas Mitchell indulges in tedious scenes of alien bureaucracy, Graeff had one of his aliens ray-gun a dog. How’s that for cosmic politics? (With that sort of efficiency it’s clear that his brief stint as Roger Corman’s assistant was spent studiously.)

What you’re left with in How to Talk to Girls at Parties is a tangle of fraying themes and ideas, a mess of incongruent scenes, and, when the thing draws to a close, a sense of enormous weight being lifted. Like much of Gaiman’s work, you may come away feeling not as if you’ve been entertained, but as if you should consider yourself lucky to have peered into the craw of an enlightened dreamer. In fact, you’d have been better off—at the very least narratively speaking—by simply dozing off yourself.

Review: A Fistful of Dollars