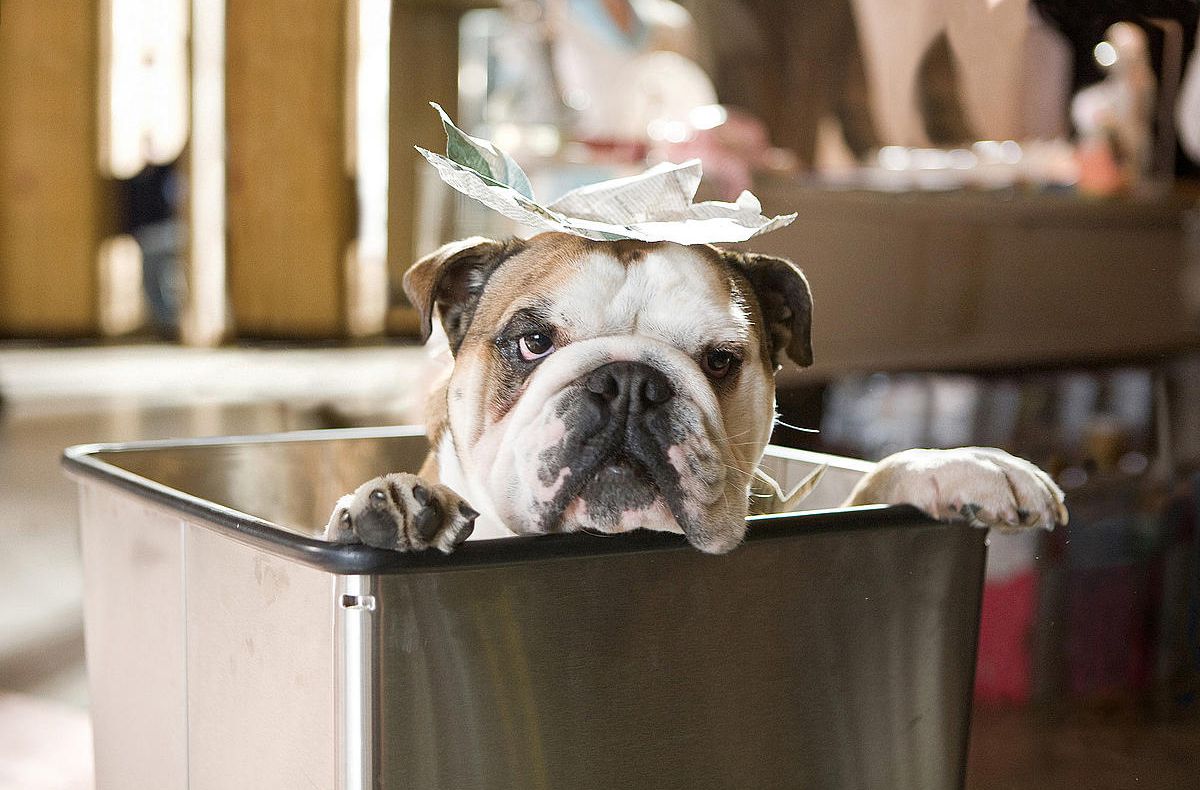 Small animated hammers stand in for every letter T throughout the opening credits of Hotel for Dogs, while doggie bones sub for every I. This cute but mad-corny aesthetic choice more or less sets the tone for the rest of the picture, which follows two foster kids tending to the needs of a Mayberry-meets-Gotham metropolis’s homeless pooches. Adapted from Lois Duncan’s 1971 children’s book of the same name, the film is cagey about what made orphans out of Andi (Emma Roberts) and her inventor brother Bruce (Jake T. Austin), though we can glean from a photo the young boy and girl keep close to their hearts that their dog is one of the few things they own that connects them to their parents. Bad habits, lame artistic choices (composer John Debney gets his Elfman on whenever a spectacle is made of Bruce’s doggie-centric inventions), and unlikely shows of human behavior abound, like the lazy means by which three teens are each indoctrinated into Andi and Bruce’s plan to convert an abandoned hotel into a shelter for dogs, though there’s no greater horror here than director Thor Freudenthal’s cartoonishly bland visual style or watching the great Lisa Kudrow, as Andi and Bruce’s foster mother, slumming for a laugh. That said, there isn’t a malicious bone in the film’s body. Without being ingratiating, the story charmingly correlates Andi and Bruce’s struggle to stay together with that of animals trying to skirt death, treating the sense of freedom the dogs feel inside the Hotel Francis Duke and that which Andi and Bruce enjoy whenever they’re together to suggest that a dog’s need to belong is really no different than our own.

Getting Home and the Films of Zhang Yang