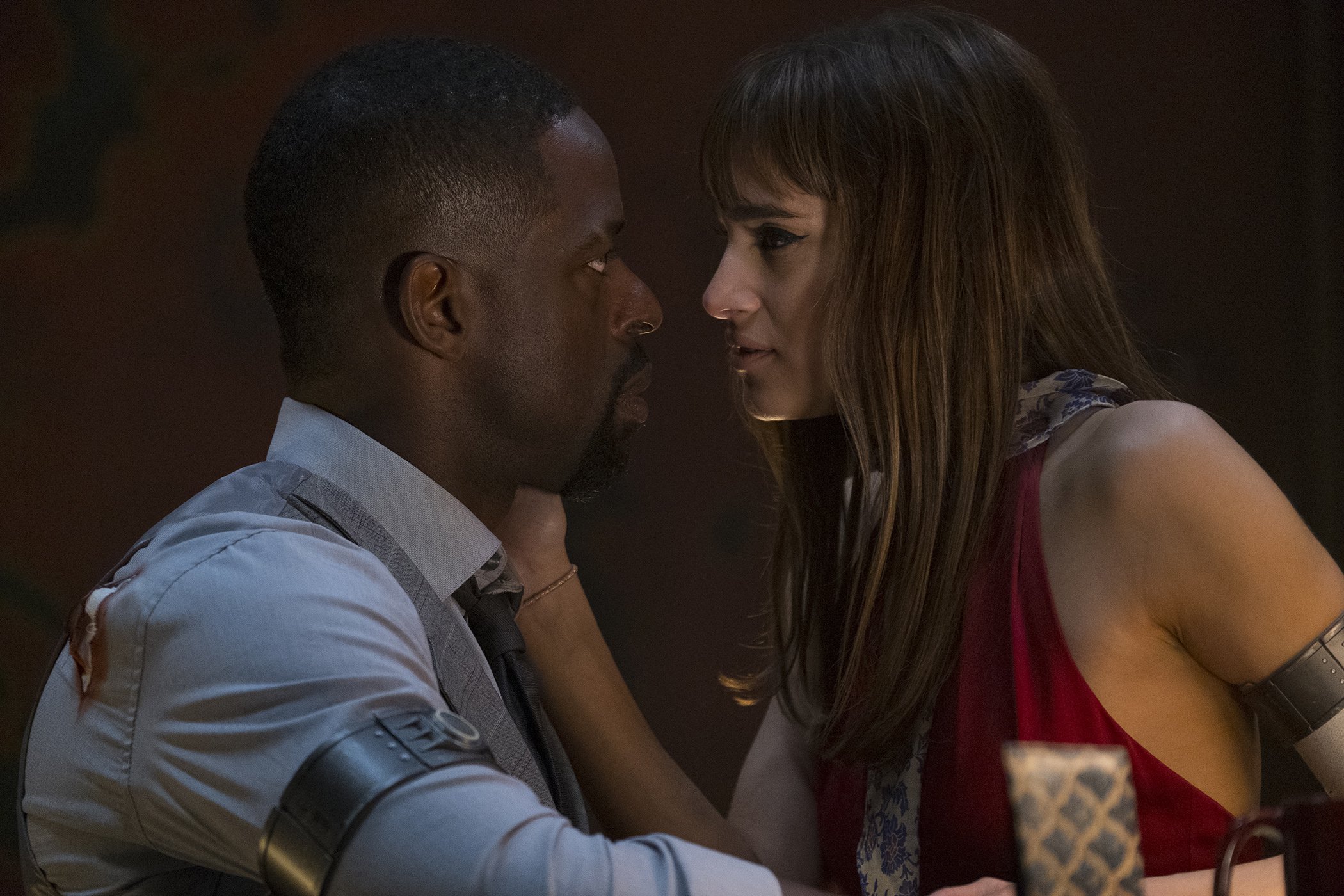 Writer-director Drew Pearce’s Hotel Artemis offers up an indifferent vision of the future. The year is 2028. Los Angeles is in shambles, its people caught in the grips of a violent confrontation unlike any before. The film isn’t a fetish object that exists, like Duncan Jones’s Mute, to indulge in the signifiers of the future popularized by Ridley Scott’s Blade Runner. But a superficial vogue for such signifiers is preferable to Hotel Artemis’s noncommittal relationship to place and time. Like the advanced science a nurse (Jodie Foster) deploys to patch up her patients, the holoprojector-like device that an assassin, Nice (Sofia Boutella), uses to communicate with her employer is refreshingly superfluous to the story. Unfortunately, so is the history of how L.A. fell to its knees, to be lorded over by only one man, and how his system of exploitation allowed for the creation a secret hospital for high-paying criminals.

Within seconds of introducing Foster’s nurse to audiences, Hotel Artemis has revealed its future setting as an empty pretext for a banally convoluted and sentimentalized show of emotional restoration. Waikiki (Sterling K. Brown) and his brother, Honolulu (Brian Tyree Henry), are injured during a robbery and make their way to the nurse’s members-only emergency room. Immediately after being alerted about her incoming patients, the woman takes a swig of hard liquor, stares poignantly at a photo of a child situated by her bedside, and starts playing a record of the Mamas & the Papas’s “California Dreamin’.” The irony of that song selection seems almost designed to blind the viewer to the already diagrammatic nature of the film: a tangled web of relationships that may neatly reflect the interconnectedness of a city’s criminal underground but is mostly just there waiting to be untangled in a way that will subsequently illuminate the nurse’s perpetual hangdogedness.

Hotel Artemis is modeled after the Chelsea Hotel, yet Pearce is curiously reluctant to drink in the minutia of the themed rooms that are assigned to the nurse’s patients. Like the film’s criminals, the camera prefers to dawdle in hallways and common areas. When Nile, who’s at the hotel to carry out a contract killing, isn’t butting heads with the shrill Acapulco (Charlie Day), she and Waikiki go through the motions of hinting at—but never spelling out—their shared history. Meanwhile, the Wolf King, a.k.a. Niagra (Jeff Goldblum), is nearing the hotel, close to death and looking for a portable vault in the shape of a pen that was stolen by Honolulu. Add to the mix an injured police officer (Jenny Slate) who isn’t allowed inside the hotel and the stage is set for cavalcade of escapes, wrong turns, and all matter of run-ins and reunions.

In a close-quarters encounter with the Wolf King’s thugs, Nice ferociously kicks ass, though it’s hard to be completely immersed in the moment given how Pearce gives no context for why this badass draws a chalked line on the floor and commands her foes to stay on the other side of it. Hotel Artemis, in spite of its lack of such niceties as character development, could have been dizzying, but the narrative dominos fall too lethargically, and in such a familiar pattern, for the film to really soar. That lack of surprise is ruinous, though perhaps not as much as the torpor that visibly grips the majority of the actors, so helpless against how they’re locked into the programmatic plot, unable to break free of it long enough to mine their characters’ flimsy backstories for anything resembling a uniquely poignant sense of loss.