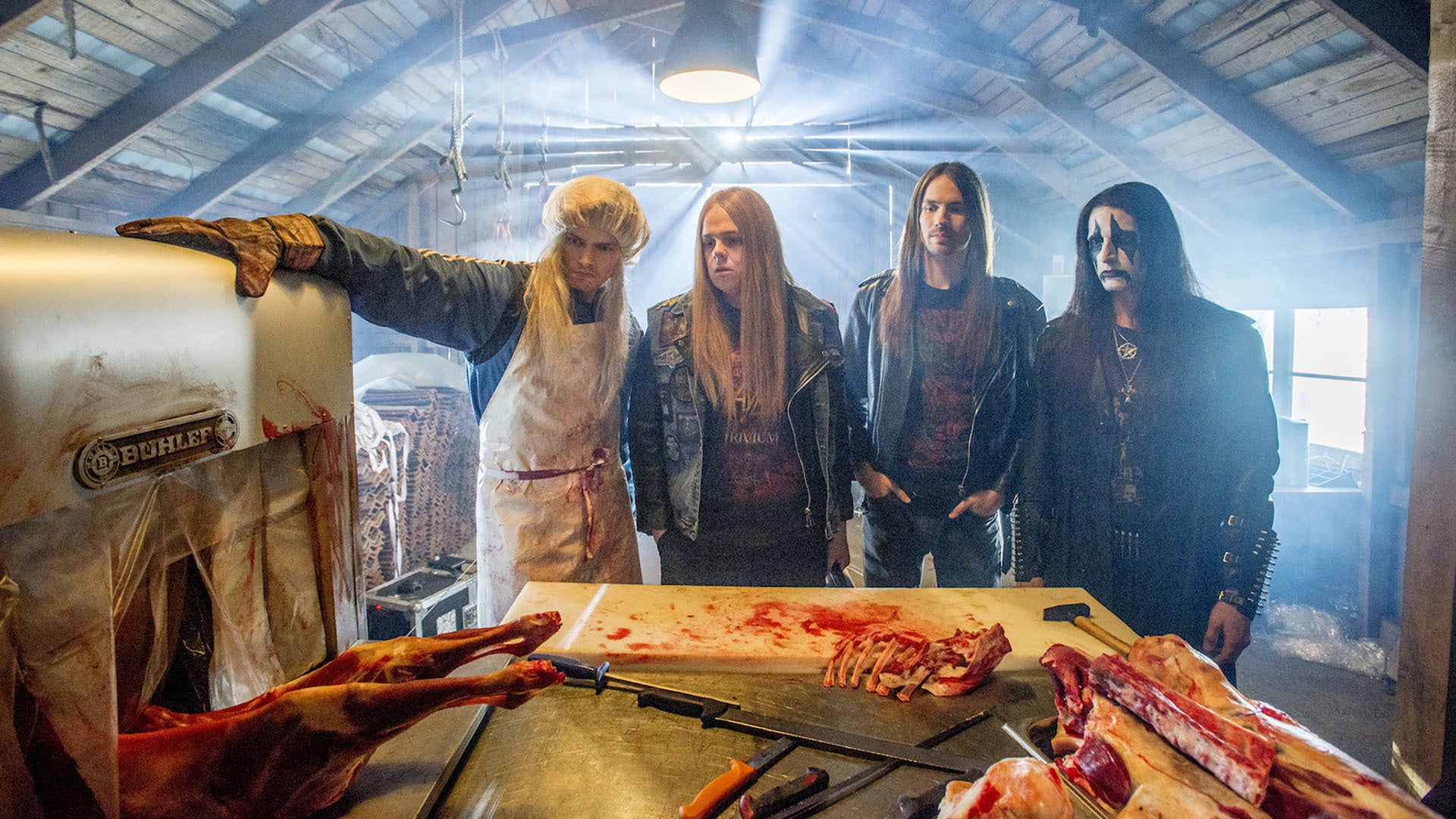 According to Impaled Rektum bassist Pasi (Max Ovaska), the band plays “symphonic, post-apocalyptic, reindeer-grinding, Christ-abusing, extreme war pagan, Fennoscandian metal.” Pasi is the apparent expert among his metalhead friends, but his verbose description of the band’s sound doesn’t bear much obvious relation to the actual music heard in Juuso Lantio and Jukka Vidgren’s Heavy Trip. Except, that is, for the reindeer-grinding part, given that guitarist Letvonen (Samuli Jaskio) works in his parents’ reindeer slaughterhouse. And that’s part of the joke here: that much of the heavy-metal persona consists of professing belief in cults or ideologies to which one doesn’t actually subscribe, in order to cultivate an air of danger and extremity.

What, exactly, is an extreme war pagan, and how can a band with no orchestra and almost no melody be “symphonic”? Irrelevant questions, of course, as metal is an attitude and a style, not a set of genuine, coherent beliefs. And Heavy Trip suggests that metal, as a rebellious lifestyle, can be an outlet for the marginalized and unfulfilled. Impaled Rektum’s mild-mannered lead, Turo (Johannes Holopainen), is routinely mocked by homophobes in their tiny Finnish village for his long, flowing hair. His longtime crush, Miia (Minka Kuustonen), is dating Jouni (Ville Tiihonen), a seedy nightclub singer and used car salesman. Turo works a thankless job as an orderly at the local sanitarium, and his band has been practicing in Letvonen’s parents’ basement for a decade, without even one original song to show for it.

This all changes when a promotor for the Norwegian metal festival Northern Damnation appears in town to buy some reindeer blood (the reasons for the purchase, presumably, are very metal). In a rush, the young men record a demo of their first-ever original song and deliver it to the promotor. Overexcited by this new prospect, Turo begins letting people in town believe the band has scored an important gig in Norway. And the sudden turnaround among the newly respectful villagers is enough to help Turo find some of the confidence he’d been lacking—though he still struggles with nervous vomiting.

The comedy in Heavy Trip is a bit like Pasi’s extended label for the band’s genre of music. It throws many ideas together, never quite coalescing into a coherent whole. The film’s best humor pokes at absurdities in provincial life, the petty rivalries, outsized personalities, and casual brutalities of small-town existence. But there are many slapstick moments that aren’t as neatly integrated into the story’s themes. In one rather arbitrary sequence, Turo wrestles with a wolverine inside a local zoo because he has misunderstood a metaphor about facing down a lion. The resulting fight, during which it’s obvious that Holopainen is squirming around with a stuffed animal attached to his back, is a laborious extension of a one-note joke whose delivery certainly isn’t aided by the actor’s lack of natural comedic brio. At those moments when the film expects us to laugh at a surprising action rather than an idea—such as a later sequence involving the Norwegian military’s overreaction to Impaled Rektum’s border crossing—it tends to underwhelm.

Also worth pondering is the film’s very anodyne depiction of the world of metal. Turo and his friends do battle with toxic-masculine figures throughout Heavy Trip, coming off as the victims of unfair expectations around masculinity. No doubt, heavy metal has offered a kind of refuge for all kinds of people, but it’s also largely been a conveyer of white, male resentment, a way to respond to real or imagined oppression through aggressive music. The film hardly means for us to take very much of it seriously, but it’s nevertheless worth noting that its story distances heavy metal from any whiff of toxic masculinity by setting Turo and company against homophobes and rakes like Jouni. While it doesn’t spare metal from the application of its light humor, Heavy Trip does purposefully avoid suggesting that metal might share anything with the small-minded attitudes of other unhappy white men.