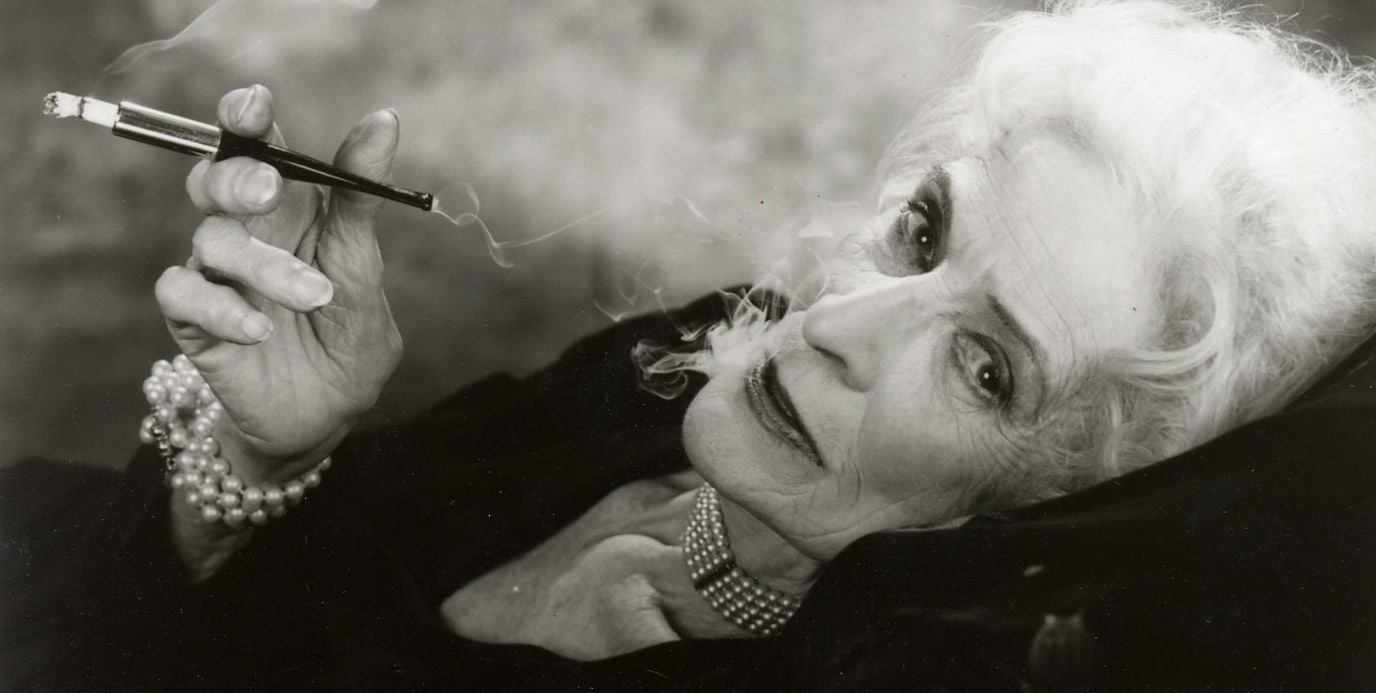 Quaint and slight, Hats Off revolves around Mimi Weddell, a 93-year-old model and actress (of stage and screen) whose boundless energy and indefatigable spirit are amazing…ly ho-hum. Shot over a 10-year span, Jyll Johnstone’s documentary charts the day-to-day routine of Mimi, which involves schlepping to an endless array of casting calls, as well as her life story as a wife, mother, and career woman. Mimi’s odyssey from daughter of a multiple-jobbed single mom, to wife of an RCA records executive, to multiple-jobbed mother of two children, to widow who supports herself via working in the arts (she had bit parts in Sex and the City and Hitch) is a tale given heart and humor by the director, who wholeheartedly embraces Mimi’s view of herself as a no-nonsense go-getter living by the motto “Rise Above It.” Mimi’s struggles over adversity are admirable, as is her ability to perform acrobatics and tap dancing routines at a geriatric age. Yet for all the gumption on display and all the unimpeachable homilies spouted, Johnstone’s doc eschews a full-bodied portrait in favor of a purely inspiring one, sidestepping—whether because of its subject’s reticence about being completely open about her experiences, or its makers’ unwillingness to sully the good times—the prickly relationship shared between Mimi and her children Tom and Sarah, the latter of whom lives (with husband and child) in her mother’s cramped Manhattan apartment. Such topics are addressed in a manner substantive enough to intrigue but not enough to satisfy, thereby largely reducing the film to a reverent sketch in which the complex conflicts and correlations of real life are glossed over in favor of ain’t-that-grand uplift and sage bon mots about seizing the day, fighting for what you want, and sleeping when you’re dead that, however true, can be received from one’s own grandma.

Lindsay Anderson’s if… Arrives on the Criterion Collection