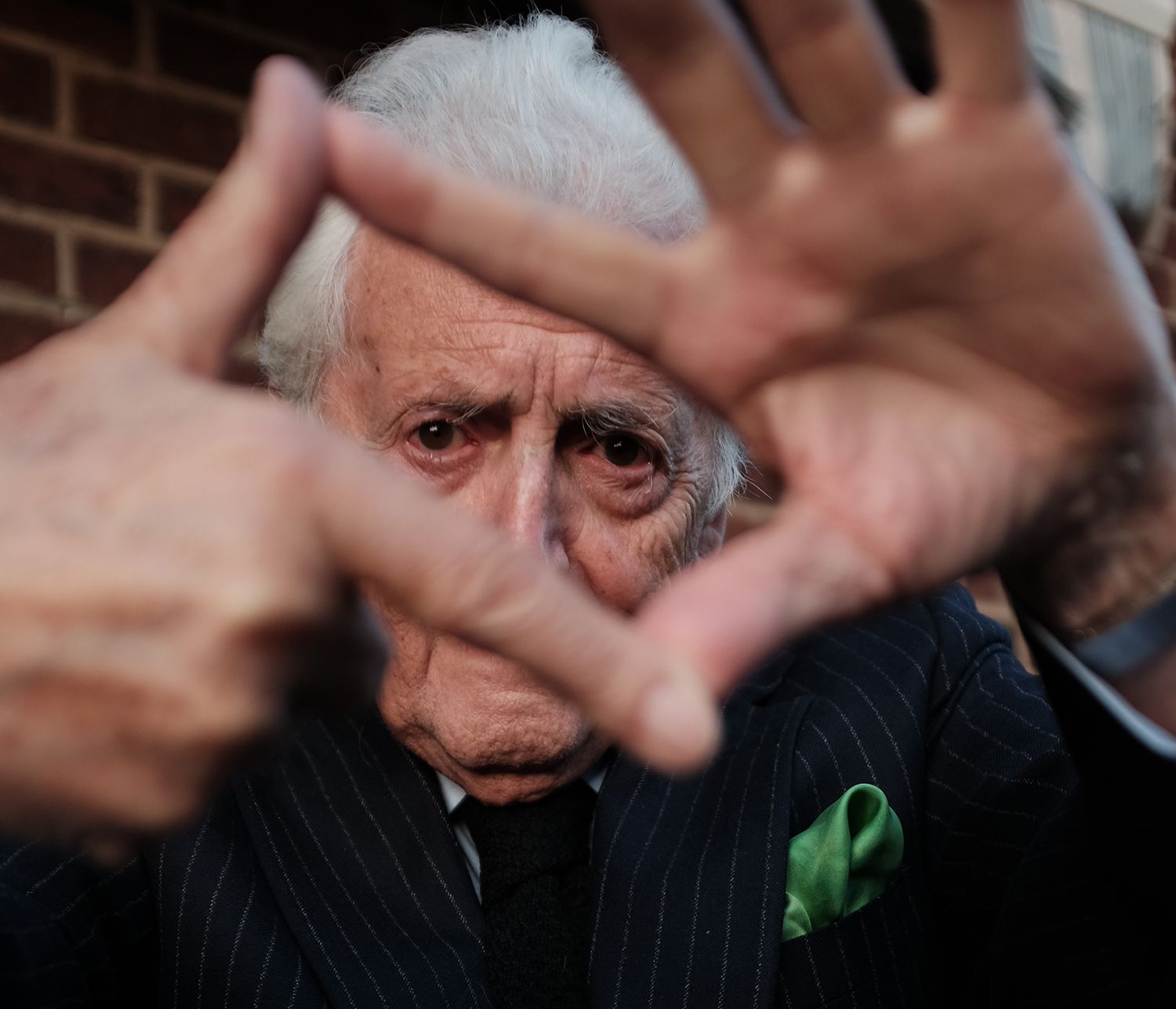 Expertly composed yet off the cuff, intimate yet mythopoeic, Harry Benson’s finest photographs manage to capture fleeting moments that bespeak their subject’s essence. Benson is best known for his photo of the Beatles engaged in a jubilant hotel-room pillow fight—an instant of unbridled, early-fame joy that also ironically suggests the tense in-fighting that was to come for the group—and is closely associated with celebrity portraiture, having taken iconic photos of Jack Nicholson, Jackie Kennedy, Farrah Fawcett, and every American president since Eisenhower. But his work also includes coverage of war zones, refugee camps, KKK rallies, and the civil rights movement.

Justin Bare and Matthew Miele’s Harry Benson: Shoot First offers a peppy overview of the man’s body of work. Chock-full of Benson’s photographs, the documentary is like a brisk stroll through a gallery retrospective, with Benson and a few of his celebrity subjects—Donald Trump, Sharon Stone, Joe Namath—on hand for punchy, behind-the-lens anecdotes. With his lilting Glaswegian brogue and singular sartorial taste (popped-collar polos beneath seersucker jackets with an ever-present green handkerchief), the 86-year-old Benson cuts a colorful and charismatic figure but with an undercurrent of ruthlessness and cunning that’s led him to dismiss journalistic ethics as an “excuse” for “photographers who haven’t got the guts.”

Benson’s unique mixture of obdurateness and charm has helped him to gain access to such intensely private personalities as Elizabeth Taylor, Bobby Fischer, and Michael Jackson, the last of whom allowed Benson rare access to his Neverland bedroom. Bare and Miele, though, never get as intimate with their subject as Benson so often gets with his. The directors seem content to drink in Benson’s gregarious exterior, never pushing deeper to uncover what really makes him tick. When Benson’s daughter remarks that for her father, work always came first, there’s a dark shading to the comment, a suggestion that Benson’s success came at the expense of his family. But Bare and Miele don’t press this point or even allow it to linger, preferring to keep the tone light and airy and the focus squarely on the work rather than the man.

While Shoot First offers ample opportunity to admire this work, it provides few aesthetic delights of its own. Bare and Miele understandably make no attempt to mimic the photographer’s spontaneous compositions, but they also fail to develop any style of their own, instead utilizing the same anecdote-heavy talking-head template employed by dozens of other recent biographical docs. The result is perfectly serviceable overview of a subject who would seem to invite a more distinctive approach. “A great photograph,” Benson at one point declares, “can never happen again.” Shoot First, on the other hand, feels like a film that’s already been made several times before.