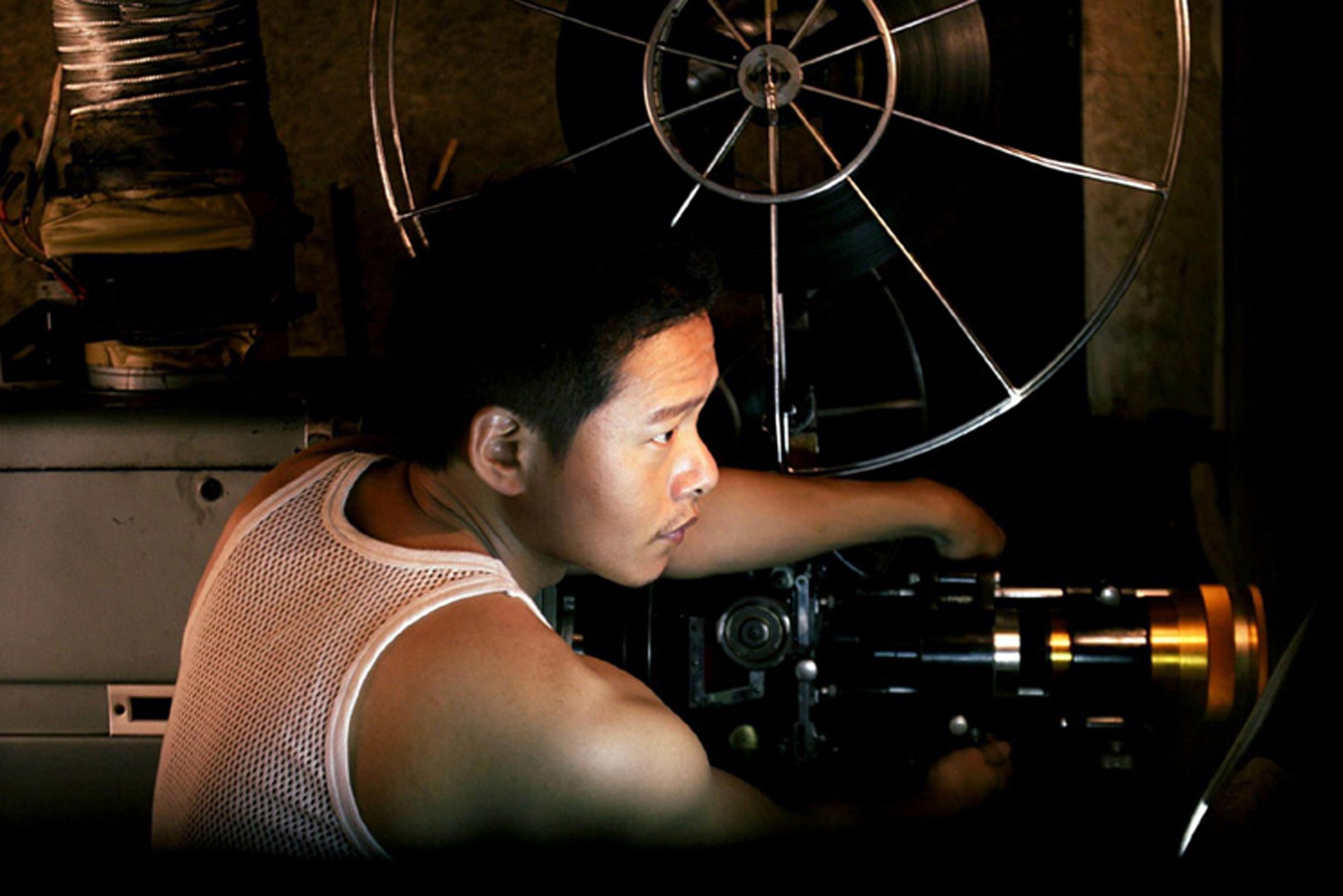 Goodbye Dragon Inn is another Taipei fairy tale from Tsai Ming-liang. On the night before the Fu-Ho Grand Theater closes for good, King Hu’s 1966 martial arts film Dragon Inn plays to a group of ghosts and gay men. Tsai’s films are all about our desperate need to connect with each other and the world around us. Here, this obsession is evident in one gay man’s humorous attempts to hook-up. Trying to dodge trolls (not to mention the smelly feet dangling near his head), he plays musical chairs inside the theater’s auditorium before moving to the basement, where he and a group of chicken-shits walk nervously around a center stack of cardboard boxes. Both here and in the film’s hysterical urinal-cruising sequence, Tsai uses his signature framing devices to push his characters into cramped corners and call attention to their suspended animation. Minor in comparison to the director’s brilliant What Time Is It There? and Vive L’Amour, Goodbye Dragon Inn is no less transfixing. Over the course of 82 minutes, the audience comes to realize that these characters aren’t interacting with living, breathing human beings but with the ghosts of Dragon Inn’s actors and cinema itself. This interplay between movies and real life provokes a series of humorous and melancholic meet-cutes, best of which is the young gay man of the film coming under attack by a nut-chomping patron who doubles for Dragon Inn’s fabulous woman warrior. Can’t say that watching the film’s crippled ticket clerk hobble through Tsai’s long takes in real-time ever really works, but Chen Shiang-Chyi is so good that she can hauntingly summon her character’s secret world of hurt with as a little as a longing glance at the projectionist’s slow-burning cigarette. Tsai’s elegy to a now-departed Taipei theater is also a beautiful love poem to the movies, but because the film is so fleeting, Tsai fans (not unlike the film’s gay men) may be left with a serious case of blue balls.