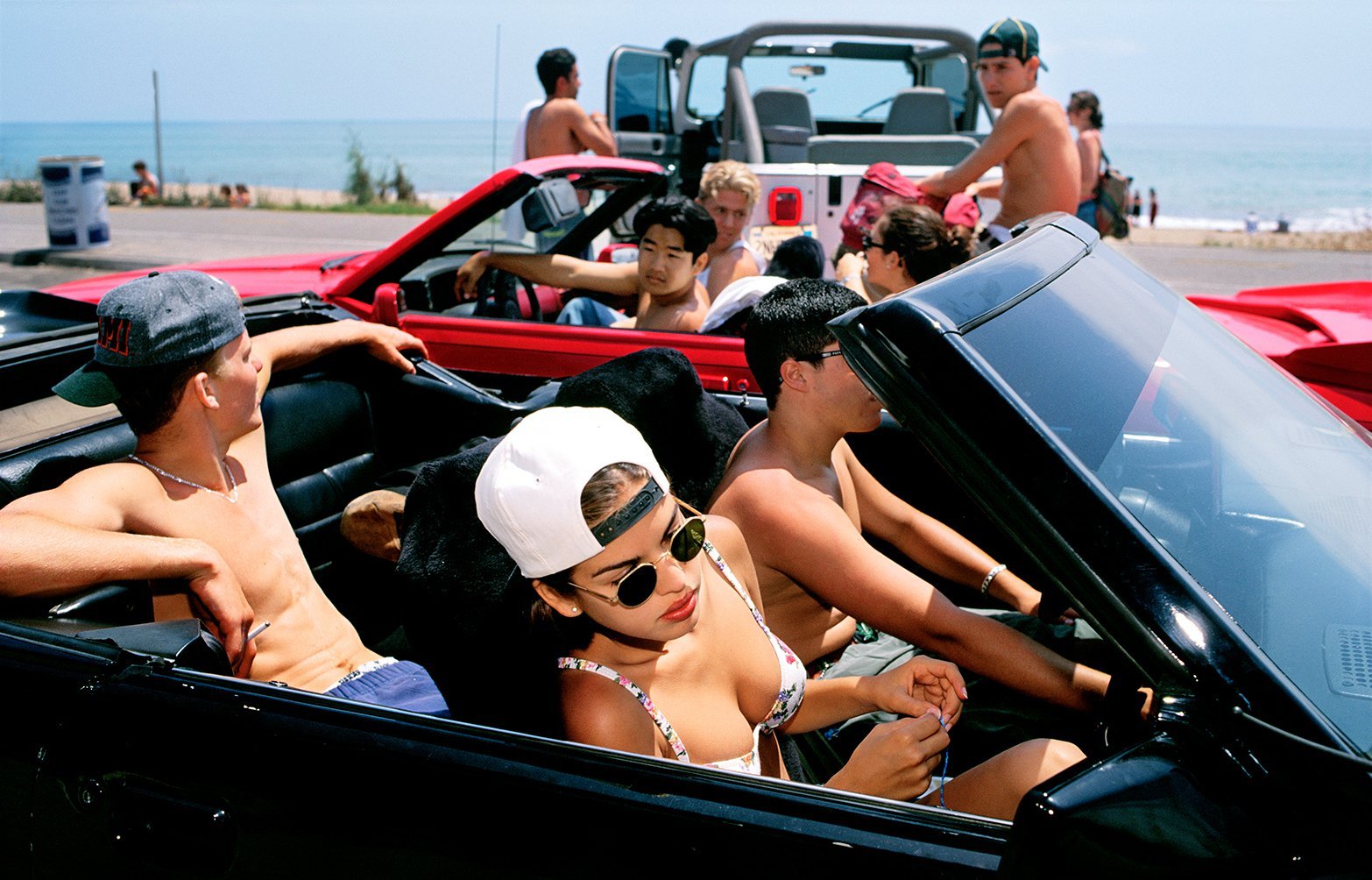 Throughout her 25-year career as a photographer and documentary filmmaker, Lauren Greenfield has returned time and again to the themes of American wealth and decadence. Her new film, Generation Wealth, marks an attempt to both chronicle the role that rampant consumerism is playing in the decline of Western civilization, and to interrogate Greenfield’s own obsession with the subject as an artist. The documentary is one facet of a multi-platform project, which also includes a monograph and an exhibition which opened in Los Angeles last April and is currently touring Europe.

With Generation Wealth, Greenfield paints a compelling portrait of the American dream corrupted, sharing tales of disparate individuals degrading themselves in pursuit of fame, fortune, or physical perfection. Working in the film’s favor is her impeccable choice of interviewees. Predictably, the rise of narcissism in contemporary culture is traced back to the 1980s. There’s the inevitable clip of Michael Douglas declaring “greed, for lack of a better word, is good” in Oliver Stone’s Wall Street, while Gen-X spokesman Bret Easton Ellis, whose nihilistic 1985 debut novel Less Than Zero is cited by Greenfield as a key influence on her photography, appears as a talking head.

This narrative thread, though, is saved from feeling overfamiliar by Florian Homm, a German former hedge fund manager who was charged with investment fraud in the U.S. just as the 2007 financial crisis was building to its devastating climax, and promptly absconded back to Europe, where he now resides. Homm is bizarrely photogenic—and perhaps the film’s neatest visual representation of greed is a close-up of him sucking ostentatiously on a giant cigar, as if he’s trying to inhale it in one go. He’s also a terrific raconteur, equal parts charming and despicable, ensuring that his tales of Wall Street ruthlessness and excess, generic as they are, are riotously entertaining.

Greenfield also strikes gold with her interactions with porn star Kacey Jordan, who achieved tabloid notoriety through her association with Charlie Sheen at the height of his self-destructive streak. Again, her story is one you’ve heard before: of a naïve young woman arriving in L.A. with dreams of being a movie star, and swiftly being led down an altogether darker path. But Greenfield captures her vulnerability in a manner that’s heartbreaking. At one point, Jordan, who comes across as smart and charismatic, admits that “Kim [Kardashian]’s my inspiration…I have a lot of sex tapes, and maybe I’ll still come out on top, somehow,” but the look on her face suggests that she’s knowingly deluding herself. And there are alarming shades of David Lynch’s Mulholland Drive in a scene in which she describes creating a new persona, named Daveney Nicole, in order to distance herself from the Sheen scandal.

While Greenfield’s perspective is plainly critical, she’s also clearly aware of her subject’s voyeuristic appeal, and occasionally allows herself the indulgence of poking fun at her collaborators. Particularly amusing is the mother of a child beauty queen, outraged that anyone might consider it inappropriate for her to dress her toddler like a Las Vegas showgirl. Sadly, Greenfield reveals an altogether more earnest side when turning her lens on herself. Into this broad-strokes picture of a culture in crisis, she attempts to incorporate autobiographical elements, reflecting on how her personal obsessions may have been shaped by childhood trauma, and on how her workaholic tendencies might have damaged her relationships with her own kids. This results in some awkward narrative pivots and jarringly clunky voiceover.

More troublingly, by blurring the boundaries between the personal and the universal, the conclusions that Greenfield appears to draw come across as disappointingly conservative, and decidedly heteronormative. Generation Wealth ends with footage of the filmmaker reconnecting with her loved ones, interspersed with accounts of contributors turning their back on their materialistic ways and raising, or attempting to have, children. It’s as if Greenfield’s own parental guilt has colored her worldview to the extent that the only possible antidote to cultural malaise she sees is for us all to embrace traditional family values and live vicariously through our precious offspring. While that may be the case for many, it’s a clumsy misstep to suggest this as a one-size-fits-all solution to a widespread existential crisis.