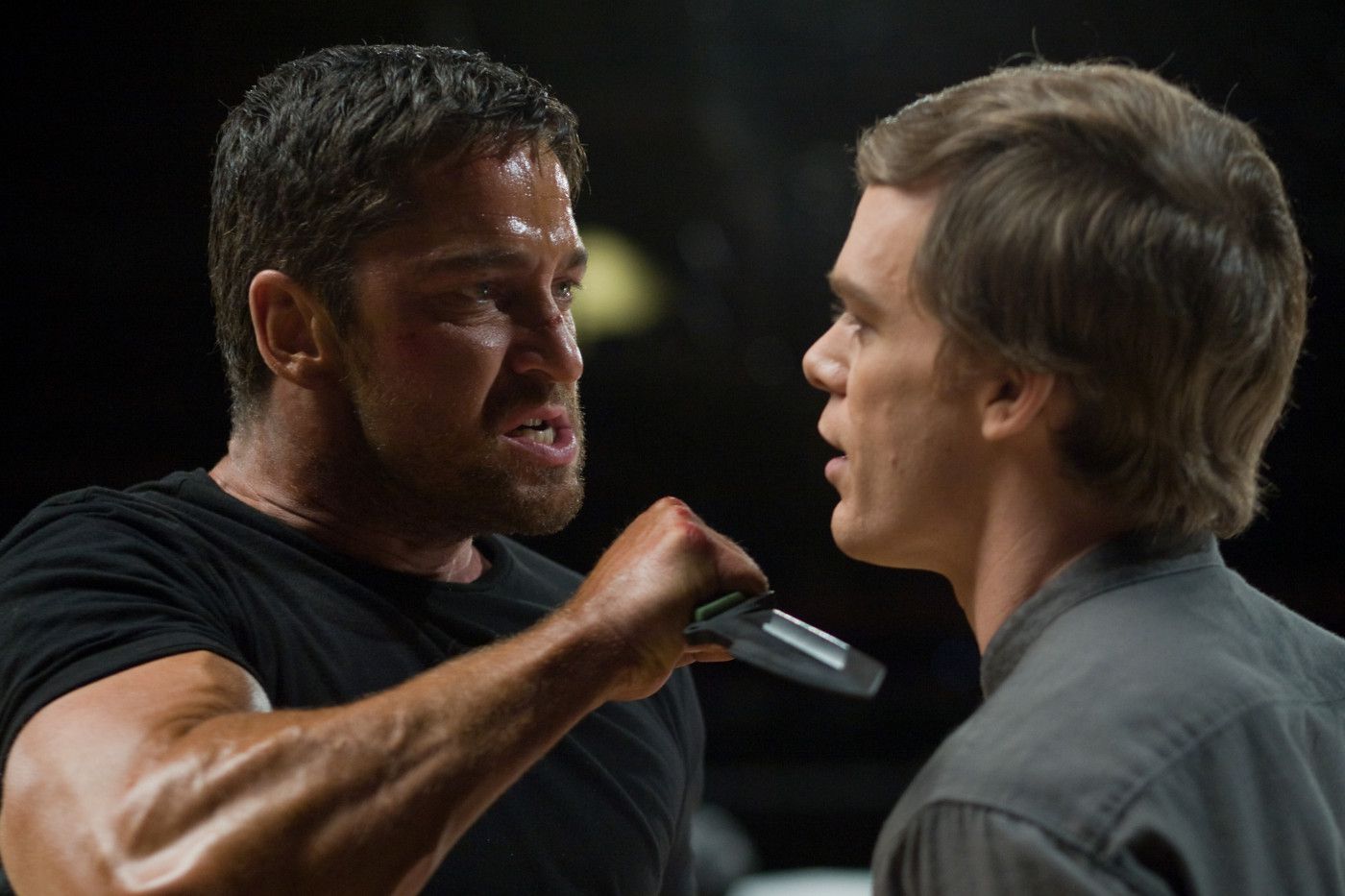 Mark Neveldine and Brian Taylor drop Crank’s gonzo cartoon humor for Gamer, a laborious bit of sci-fi grimness that dully updates The Running Man for the 21st century. In the near future, Ken Castle (a devilish Michael C. Hall) has made billions through two virtual reality games, the Sims-like Society and warzone actioner Slayers, in which real people are remotely controlled by players such as Simon (Logan Lerman), a teenager-cum-celebrity thanks to his Slayers success with Kable (Gerard Butler). Like all Slayers contestants, Kable is a death row inmate who can earn his freedom by completing—which, in this case, means avoiding death during— 30 missions, and as in the aforementioned Arnold Schwarzenegger classic, the protagonist is actually a hero framed by his Orwellian masters to cover up their own evildoing.

Uninterested in significantly altering their spiritual source material’s basic narrative template, Neveldine/Taylor retain their digitized schizo-blitzkrieg style but otherwise alter their own proven formula by draining the mayhem of zaniness, as the film’s signature tone—courtesy of an ashen color palette, nasty violence, and use of Marilyn Manson’s “Sweet Dreams” cover—is severity. The directors smartly posit bloodlust and sexual perversity as core elements of media entertainment. Yet any critique is offset by their predictable celebration of those twin attributes, not to mention their crass treatment of the obese, African-Americans, and women, as well as their unwillingness to bother fleshing out their core conceit, such as with regard to Slayers’s gamer POV (is it a first-person shooter? Third-person?).

Kyra Sedgwick’s news reporter provides trace elements of Verhoeven/Death Race satire while Ludacris and a ludicrously dreadlocked Alison Lohman help foment the story’s central anti-Big Brother fervor. All of them, however, fail to overshadow the monotonous gravity of wronged-man Kable and the shamelessness with which Neveldine/Taylor tease nasty eroticism via the saga of Kable’s short shorts-clad Society-employed wife (Amber Valletta). After over an hour of bludgeoning combat and facile commentary, the film momentarily comes alive when Castle performs a phenomenal taunting song-and-dance routine alongside his servile marionette goons to the tune of “I’ve Got You Under My Skin.” Alas, it’s the only novel, lighthearted button the otherwise leaden Gamer pushes.

Review: Requiem for a Dream