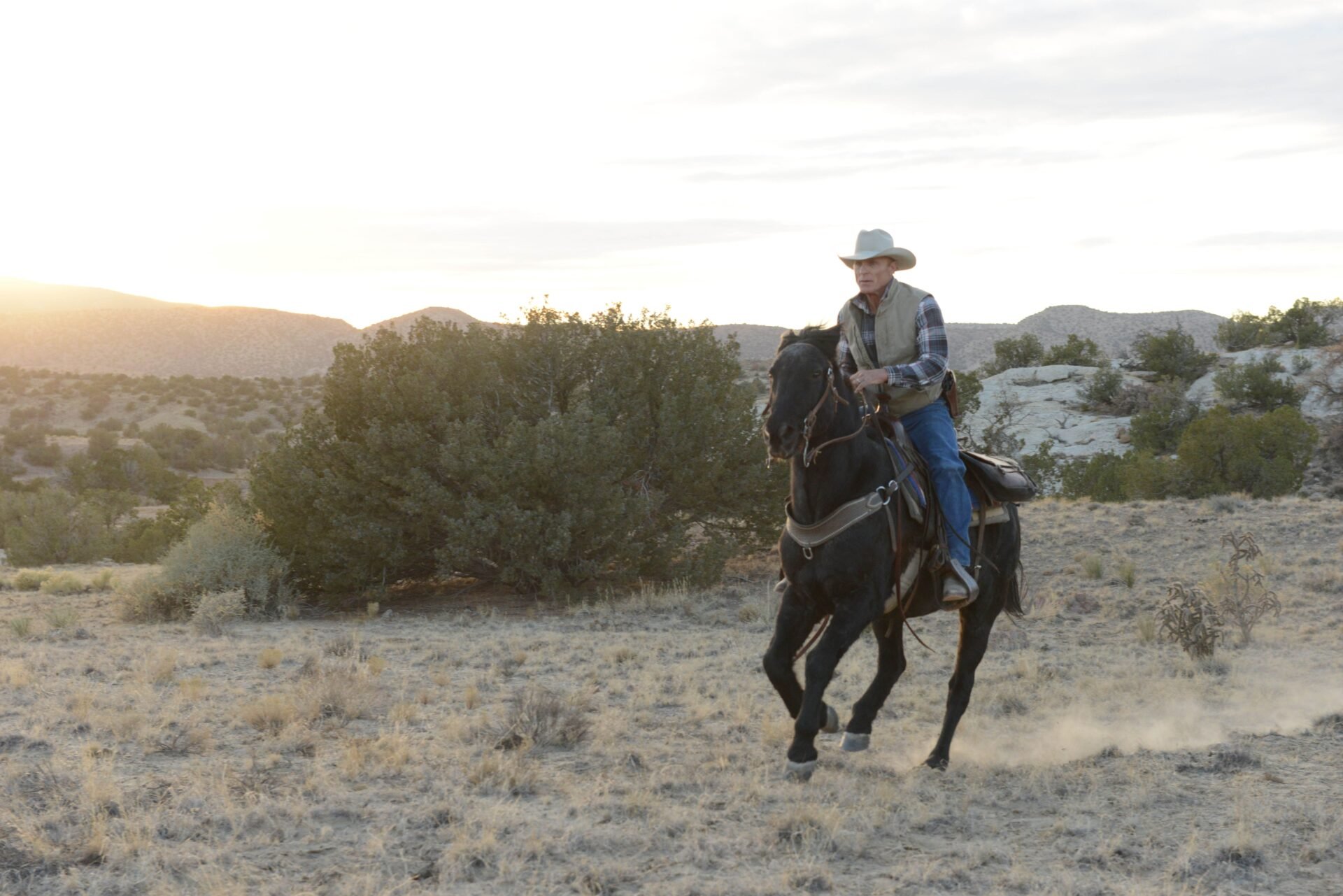 Frontera is shot and scored like a classic western, structured like an Alejandro González Iñárritu dirge, and performed with the understatement of a social-realist film. First-time director Michael Berry is experimenting with a variety of different storytelling strategies, some more successful than others, and while the film might lack a clear directorial voice and focus, it refracts its familiar neo-western narrative into a diversity of new perspectives. The tendency among modern everything-is-connected narratives, which have been en vogue to the point of ubiquity since Robert Altman’s ‘90s renaissance, is to use tone and theme as organizational tools. The interconnected stories of Magnolia might lack surface similarities to each other, but they share a tone of manic dread, peaking and cresting in unison. More infamously, the characters of Paul Haggis’s Crash are connected explicitly and exclusively by a watery “everybody’s a little bit racist” moral. Frontera lacks this kind of unity, as it is by turns abrasive and stately, sermonic and impartial, plot-heavy and meandering, often within seconds of each other.

One plot thread, focused on near-mute cowboy Roy (Ed Harris) mourning his wife after a disturbing accident, is presented mostly in near-silent sequences: Roy staring out of windows, his face framed by crossbeams; Roy playing his wife’s ebullient answering machine message over and over again. In presentation as well as plot, his story bears little resemblance to that of Paulina (Eva Longoria), a desperate housewife who sneaks across the border from Mexico in search of her incarcerated husband, only to suffer degradation at the hands of Coyote, the man shepherding her across. Berry doesn’t spare the viewer from scenes of physical and sexual violence, and there’s an almost absurdist streak to Paulina’s plight and its depiction: In one striking shot, a done-up realtor opens a McMansion’s garage door and over a dozen migrants emerge from it, swamping her as they escape their Coyote-imposed confinement. This moment is indicative of Paulina’s entire narrative, which alternates between uncomfortable stasis and urgent, anxious movement; by comparison, Roy’s story barely has a pulse.

Which isn’t to say that the former narrative is stronger than the latter: If anything, Frontera is more compelling when it’s less plot-driven. The script by Berry and Luis Moulinet strains at critical moments—the entire plot(s) are set in motion by an act of teenage stupidity that just doesn’t work, saddled as it is with awkward expository dialogue and wooden acting—and some mid-act reveals of characters’ interconnectivity are too outrageous to be credible as coincidence. The film works better in a more observational mode, as it tracks Roy’s vacillations of numbness and anger as he tends to his horses and drifts ghost-like through the local police station, or as it follows Paulina’s husband, Miguel (Michael Peña), who manages to cross the border only to witness (and thus become legally implicated in) the crime that will ultimately connect him and Paulina to Roy. In the crime’s aftermath, Miguel evades both patrolmen and his fellow migrants, struggling to remain alert and resourceful while navigating a fugue of confusion and paranoia. Miguel, like Roy, doesn’t do much in the way of talking, nor does either character need to: Peña and Harris are so expressive even when silent that the viewer can practically read their characters’ minds.