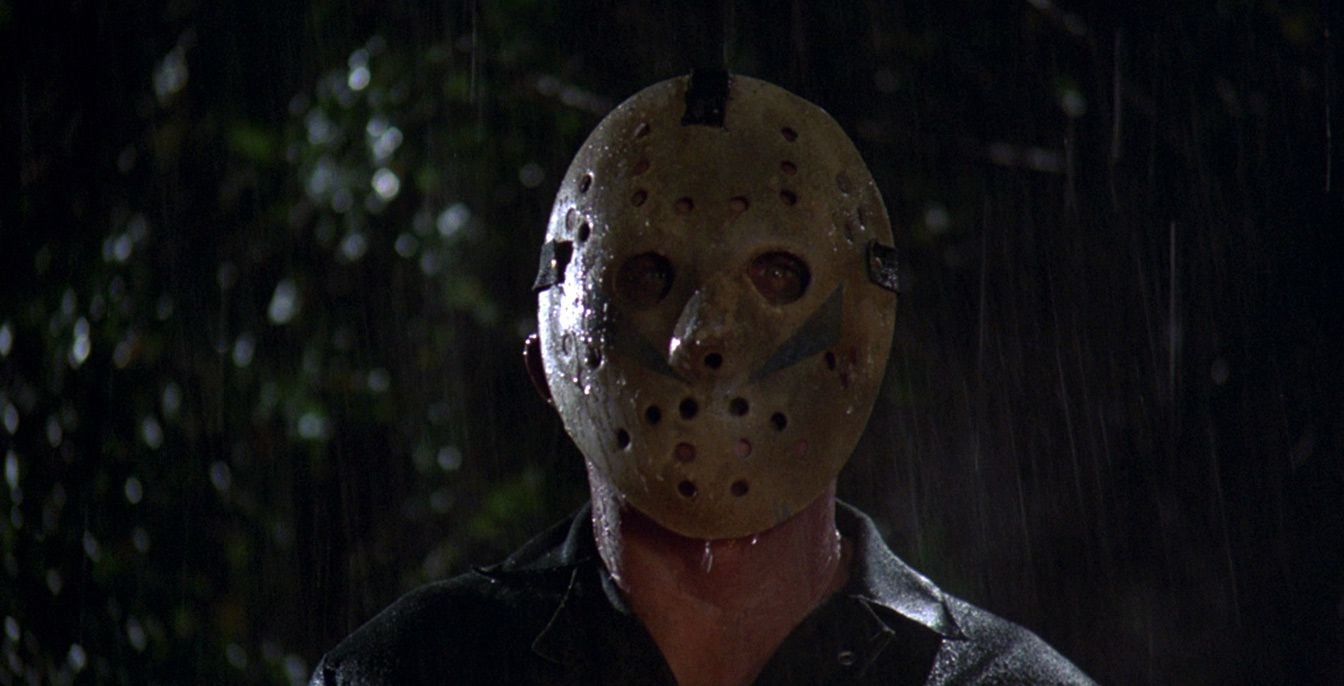 The supporting cast of victims in Friday the 13th Part V: A New Beginning include a redneck mother and her mentally deficient biker son, a paramedic who loves to “get his hands dirty” when the body count starts piling up, a pair of leather-clad Fonzie types named Pete and Vinnie, a duo of ill-fated nymphomaniacs who enjoy making sweet love in their neighbor’s yard, and a bunch of troubled teens living in a rural halfway house. With this rogue’s gallery of suspects and victims, there’s more plot than usual, involving Jason survivor Tommy Jarvis (John Shepherd) wondering if the pileup of corpses can be blamed on Jason, a copycat, or himself. But Agatha Christie this ain’t. The tone is crude, raunchy, and leering, with kill scenes combined with more nudity than usual; we’re even invited to check out a hot chick’s body after her face has been sliced in half by garden shears. There’s also an obnoxious, though rarely dull, penchant for potty humor, such as when a guy runs to a rusty old outhouse after eating “those damned enchiladas” and lands on the wrong end of a spike. I suppose by the time you’re up to episode five of a redundant slasher series, you’ve got to spice things up somehow.