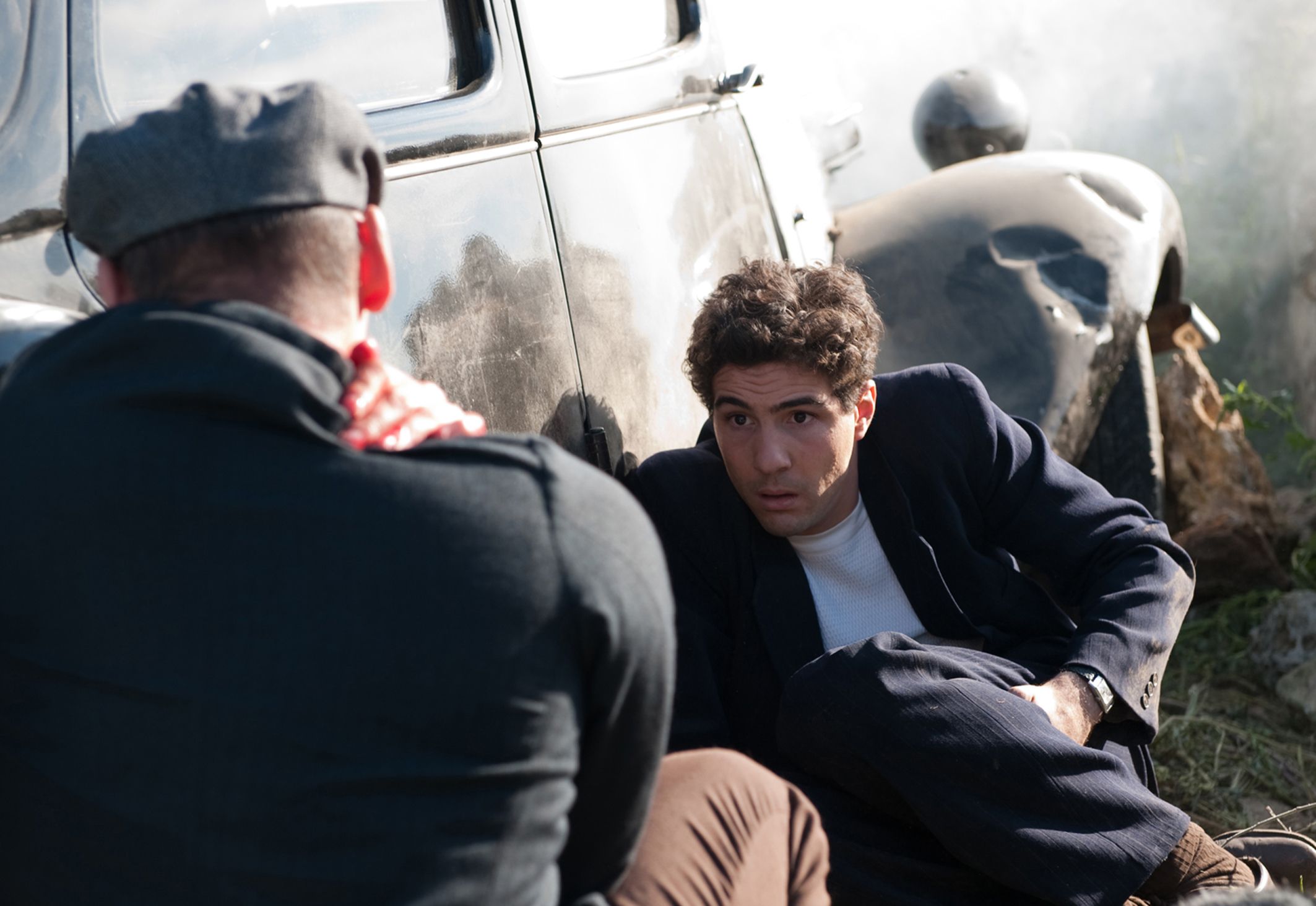 Though set at the height of World War II, Free Men is only concerned with that conflict insofar as it creates an ideal setting for revealing its protagonist’s true nature to those around him and, more importantly, himself. Everything else, from the Nazi-occupied city of Paris in which it takes place to the Jewish-Muslim relations it charts, is ultimately an afterthought. This may help explain why and how it sports one of the least convincing period milieus in recent memory, but it doesn’t quite excuse it—not least because the center of this story is as thinly sketched as the fringes.

Director Ismaël Ferroukhi sets his sights almost entirely on Younes (Tahar Rahim), an unremarkable young man whose semi-forced experience as an informant to the SS helps him see the light and join the French resistance. As a Muslim of Algerian descent, Younes is a double minority for whom otherness is ingrained into his very being; rising to the occasion of a war that doesn’t directly concern him should then be seen as rather bold. But the act itself is all there is: Younes is hardly the hero here, and Free Men never convinces us that he’s worth building an entire narrative around.

Nor does it ratchet up tension or raise any interesting questions. For much of its runtime, the film is simply there, decent for the most part, but at no point immersive. That two of its main actors played similar roles in recent, better movies (Rahim as an Algerian in a French prison in A Prophet and Michael Lonsdale as, well, a French monk in an Algerian monastery in Of Gods and Men) only foregrounds this problem further. Its avoidance of emotional grandstanding via heavy-handed allusions to the Nazis’ many atrocities is refreshing, but by that same token it also fails to be dramatic; it’s too small, too self-contained, and inoffensive to a fault. Even its soft touch feels less like intentional understatement and more the result of a film without much to say.

What little intrigue exists comes via frequent murmurs of raids on apartment complexes that either never come to pass or, like many other potentially compelling elements that don’t quite pan out, occur off screen, and have little actual bearing on the plot. Compounding this unfortunate tendency to not actually show us what’s happening is the inclusion of a few inconsequential subplots—a pair of orphans, a communist dissident—that fizzle out almost as soon as they’re introduced. Similarly, the few action-oriented scenes are oddly staged and unexciting. Nothing that happens is especially surprising, but neither does it feel of a piece with a larger narrative.

Failing to connect every single dot is fine so long as what emerges rings true in its own way, but this film isn’t especially complicated. (The similar Korkoro wasn’t either, but its humbleness was balanced with a strong spirit befitting its characters.) Even so, to suggest that it might benefit from a narrowed focus would falsely imply that it’s taken on all that much. Free Men ultimately belongs firmly in the well-intentioned-misfire category, a film of modest ambition and a short grasp.