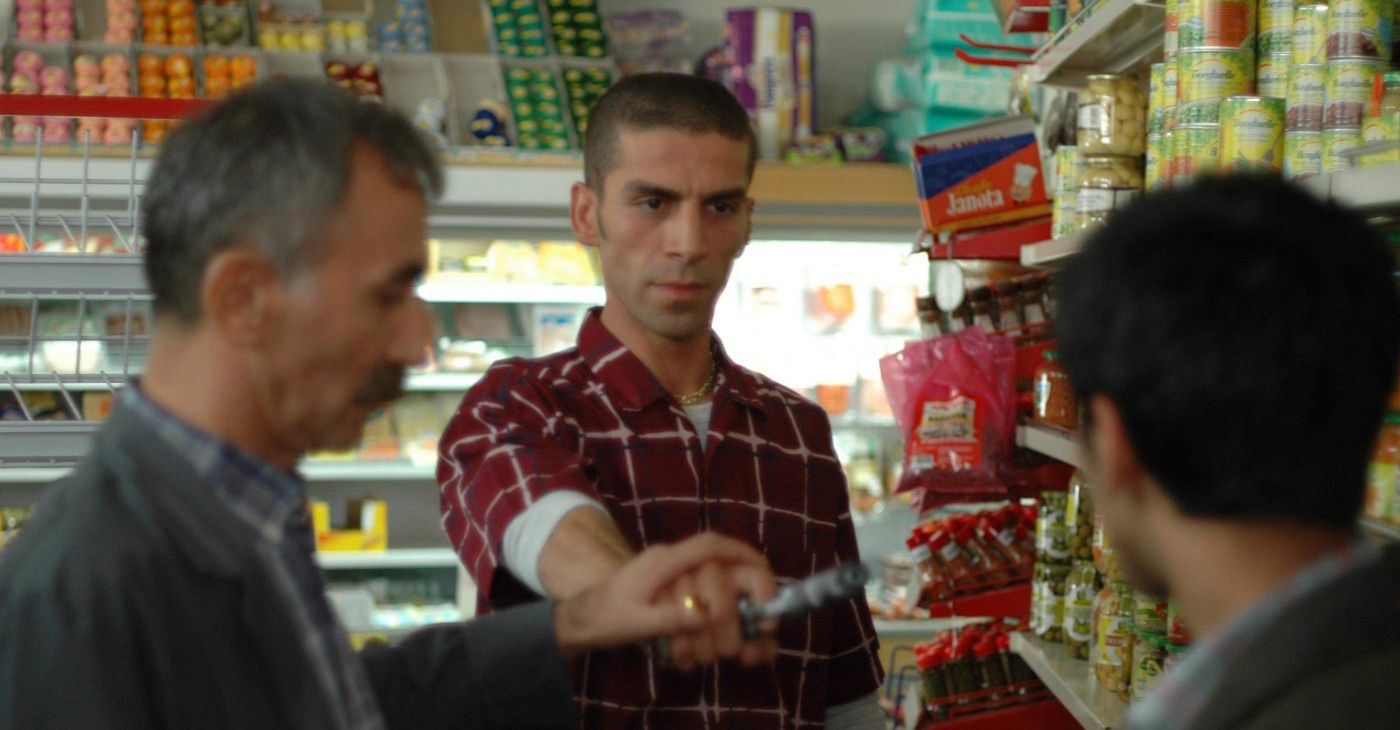 Yilmaz Arslan invokes the ghost of Pier Paolo Pasolini to haunt the hazardous passageways of his allegorical Fratricde, a film whose startling saber-toothed violence and blend of mystic and modern impulses recalls Pasolini’s audacious Porcile. Both films dirtily poeticize the ire of displaced persons, mixing spiritual parable with Marxist chutzpah, with cutting that is razor-sharp but scarcely hysterical and words that stir one’s moral conscience, like one particularly shrewd section of voiceover: “At the end of this tunnel shines the light of money.” Not unlike Arslan’s urgent imagery, the film’s characters—a group of Kurds and Turks pitted against each other after a boy’s polite request to a man asking him to tame his dog spirals out of control—are always shuttling back and forth, rootless but with great purpose. They are, after all, refugees, living in Germany and trying to eek out a living so they can protect their respective clans. The story is a pageantry of bloodlust, thoroughly modern but breathlessly chorused by ancient ceremonial rites; in bridging the gap between past and present, Arslan underscores the timelessness of the Kurdish-Turkish conflict. A dog scarily feeds on the guts of both its master and its enemy, and rape at one point is used as a weapon against a child. This violence is not meaningless or unfeeling, but a sad illustration of how innocence is perverted and pain is exploited for political leverage. Just as the story is steeped in the tradition of its characters, so is the film: Arlsan uses the film’s traditional Turkish score to disassociate image, as in the great scene when the soundtrack’s tribal beats appear to respond to little Azad’s groans for his mother and father. Given the aesthetic-philosophical synergy of the film, Arslan is a director to watch.

Shooting in the Dark: Poetry and Posing in Oliver Stone’s World Trade Center

Evil Under the Sun: John Huston in Roman Polanski’s Chinatown