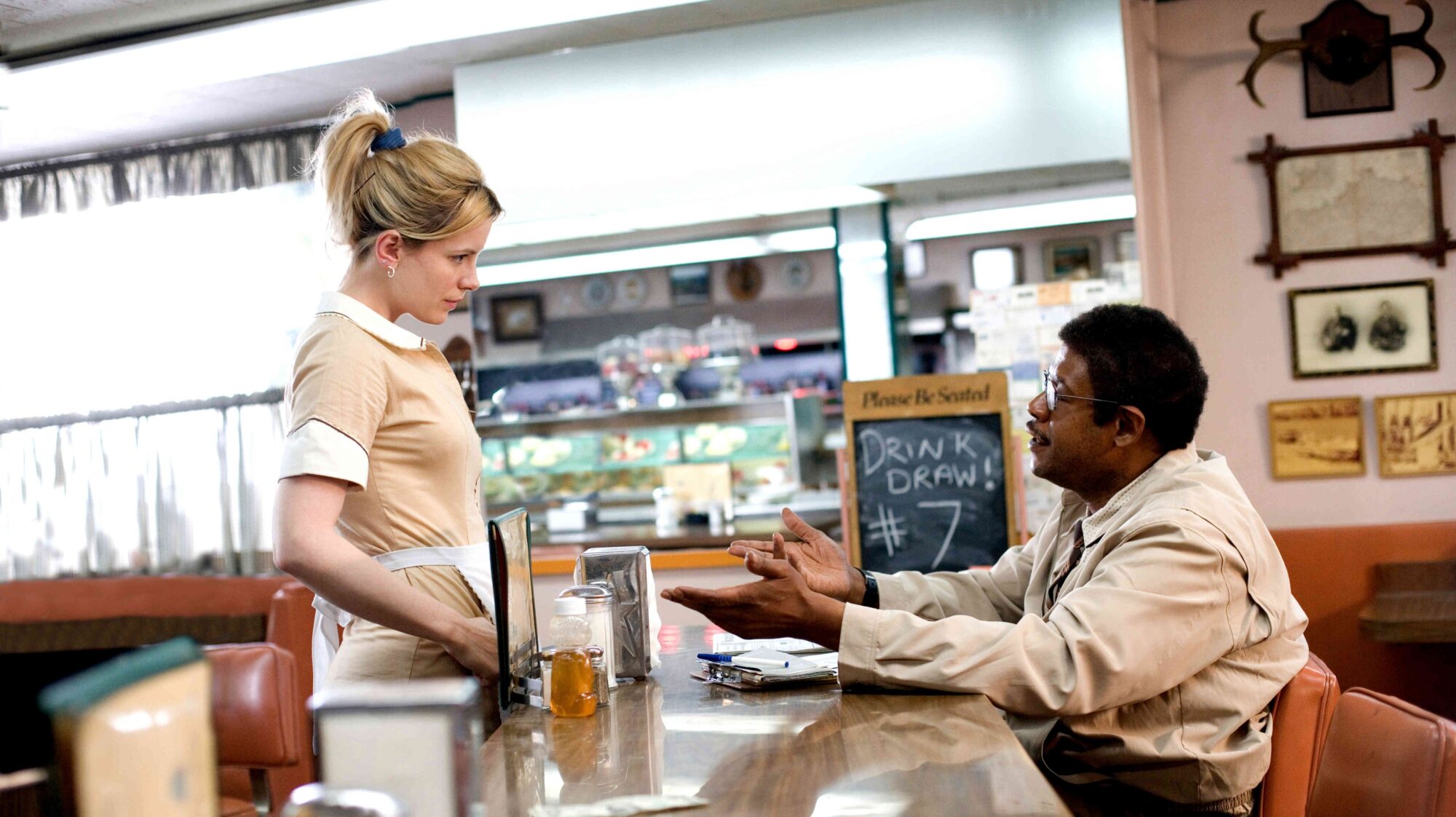 Less a movie than a sociology thesis, Fragments follows a bunch of post-traumatic Los Angelenos after they’ve witnessed a shooting inside a diner. This is the kind of “life-changing” event that leaves its survivors to “comprehend their mortality and redefine their place in society,” per the press notes. What that means is never very clear, even when Dakota Fanning seemingly unpacks the film’s subtext in a precocious, pseudo-poetic voiceover (“Let us fly free”). What’s more obvious is the way writer Roy Freirich and director Rowan Woods peg each character’s psychological fallout to their respective socioeconomic status in full-throttle Crash style: Working-class Carla Davenpot (Kate Beckinsale) and Charlie Archenault (Forest Whitaker) let off steam by getting drunk and shooting craps, while the wealthier victims played by Guy Pearce and Embeth Davidtz drink good whiskey and suffer Didion-like migraines with yuppie dignity. Several references to failed flight (the movie’s original, preposterously pretentious title: Winged Creatures) underscore the movie’s jejune post-9/11 musings on capitalism, faith, and race; like the butterfly Pearce traps in a glass jar, everyone is stuck in their own vicious cycle, and the only apparent way to break free is to enact self-abasement for the audience. (Gambling addiction + cancer = flaccid penis.) If Fragments is better than Crash, it’s only because Woods seems to get less of an ego trip out of watching his characters suffer than Paul Haggis, and anyway, the whole thing is too muddled to really be offensive. Dramatic moments are punctuated by flashbacks to “that day” seen from different perspectives, but by film’s end, they raise more questions than they answer. A climax in which—spoiler herein—Fanning confesses the shame of watching her father piss his pants while dying is either the most horrifying or unintentionally hilarious scene of the year. Probably best not to think about it too long.

The Films of Ulrich Seidl