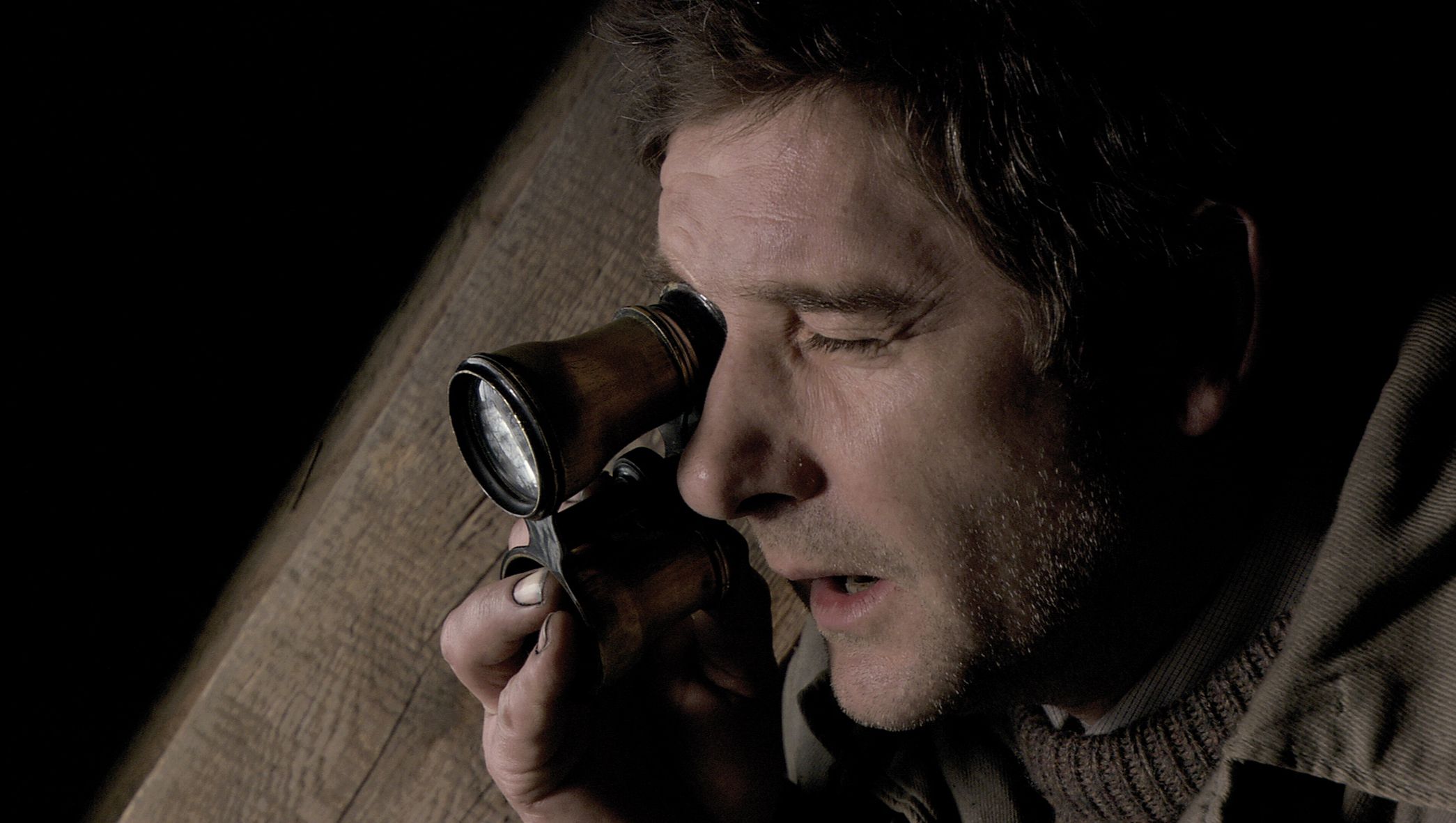 When Leon (Artur Steranko) stands over his grandmother’s grave and tells her that he’s “seeing a woman,” the dead matriarch is unable to offer her approval. And that’s for the best. Indeed, Leon’s artful statement cleverly elides the facts of his situation. As omniscient viewers, we’re privileged enough to know that he routinely breaks into the home of his neighbor Anna (Kinga Preis), mixes Ambien into her sugar bowl, and watches her as she sleeps. He’s seeing the woman, not touching her, and we’re expected to give him points for restraint when he pulls back his hand from caressing her exposed breast. Needless to say, Jerzy Skolimowski’s first film in 17 years is a uniquely unpleasant experience, set in a grim, muddy Polish burg and tethered to the activity of a gross, heavy-breathing ex-con. Advertised as a dark comedy—and it’s certainly poorly lit—Four Nights with Anna is one part funny ha-ha to 99 parts funny-strange. As if to underscore his characterization as the suitor from hell, Leon plays accordion in the dark and works at a crematorium. And when Anna isn’t drinking bedtime tea laced with sleeping pills, she’s blackout drunk anyway. The stars are aligned. In the 1970s, Skolimowski made Deep End, an impressively anguished portrayal of obsession. With its Cat Stevens soundtrack and sexually charged bathhouse setting, that film played like Harold and Maude with an extra hormonal kick. Four Nights with Anna, on the other hand, depicts a brutal and desperate yearning for connection, but asks only for audience pity. Without attempting even a superficial inquiry into the kinks of voyeurism, Skolimowski’s return to the big screen is only interested in soiling its viewer with a cheap and gimmicky moral relativism.