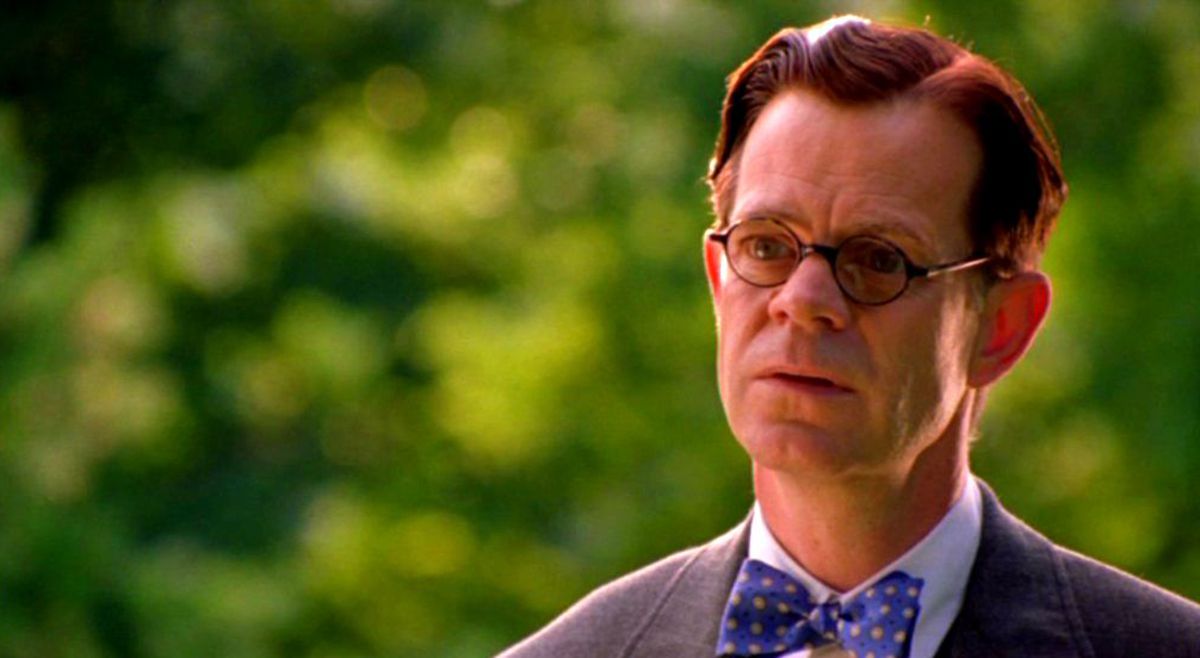 Neal Slavin’s adaptation of Arthur Miller’s novel Focus is a specious study of mistaken identity set in New York during the height of WWII. Well-meaning yet dated, this ironic tale of prejudice is burdened by Slavin’s overbearing use of eye imagery. Lawrence Newman (William H. Macy) witnesses the rape and murder of a Puerto Rican mami from his bedroom window and keeps mum out of unspoken loyalty to his fellow gringos. Newman gets short-changed at work after donning a pair of prescription glasses that grotesquely distort the size of his eyes. Apparently they make him look Jewish. Even his wheelchair-bound mother chimes in with a complaint: “Couldn’t you have gotten the rimless kind?” The neighbors are in ethnic cleansing mode (“It’s our neighborhood, we got to keep it that way!”) and make newspaperman Finkelstein (David Paymer) their punching bag. Newman complicates matters by marrying Gertrude Hart (a rambling Laura Dern), also mistaken for a Jew for inexplicable reasons. Slavin’s obsession with the gaze is overbearing—people are constantly staring from their windows while Newman’s mirror reflections call attention to his constant grief. All the while, Finkelstein stares melodramatically at Newman from his corner shop. “When you look at me, you don’t see me,” says Paymer’s martyr, voicing the text’s archaic freedom-for-all subtext. Slavin’s direction calls entirely too much attention to itself. Slavin’s interpretation of Miller’s text is also too literal for its own good—the sounds and sights from a sepia-toned merry-go-round become nightmarish compliments to Newman’s angst. It’s heavy-handedness is near-laughable, even more so when Finkelstein says: “Hate’s going around us like a crazy carousel!” This ain’t no Do the Right Thing.

Review: My Voyage to Italy