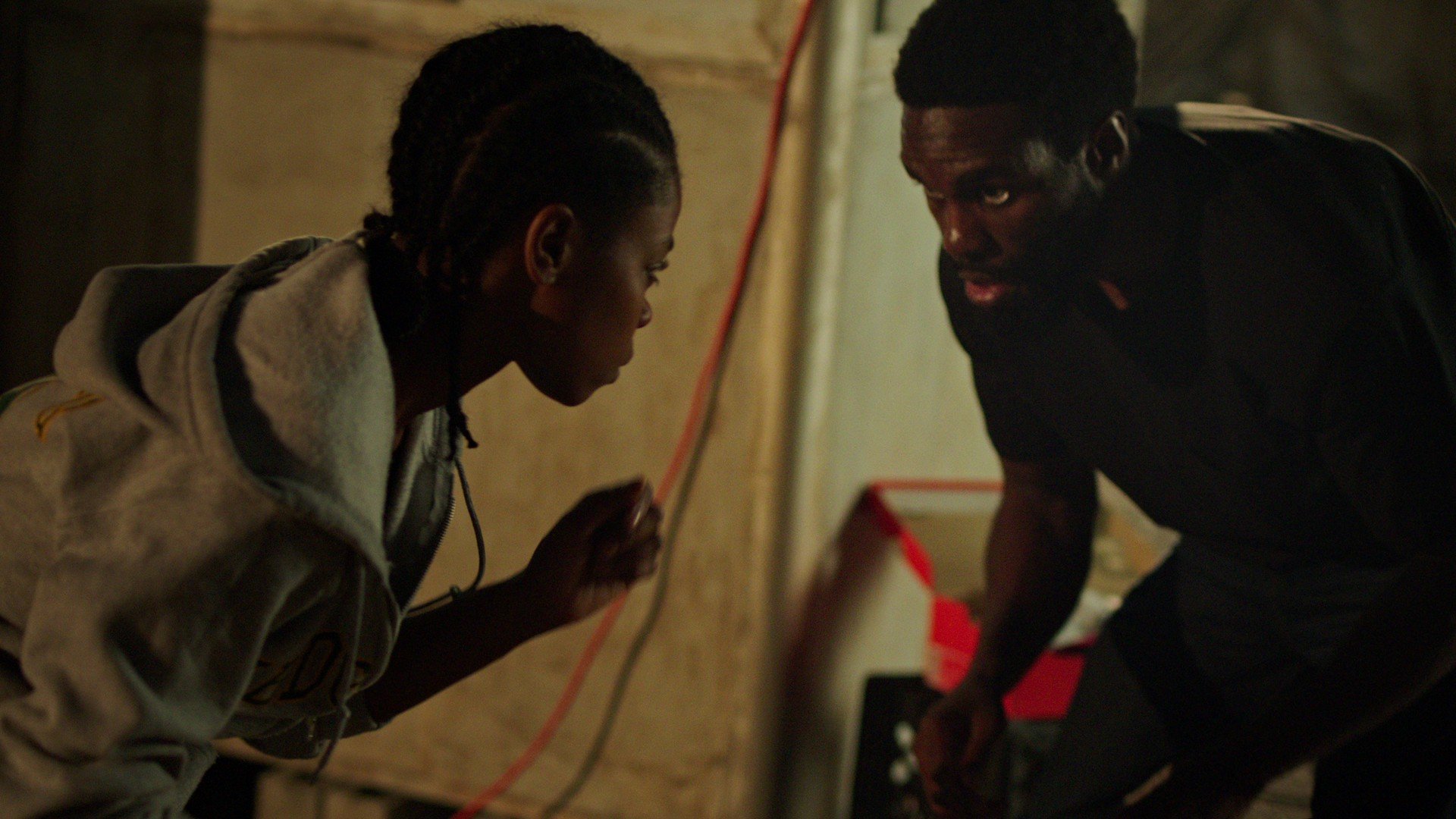 Olivia Newman’s First Match is a social-realist sports drama that, at its best, is rich in textural detail pertaining to how a young African-American girl struggles with her relationship to her father. Fed up with and distrustful of people because of years bouncing around the foster system, Monique (Elvire Emanuelle) is prone to violent, reckless behavior. Once her father, Darrel (Yahya Abdul-Mateen II), a former high school wrestling star, is released from prison, she joins her Brownsville high school’s wrestling team to both impress Darrell and channel her anger into something positive. Monique proves to be a natural on the mat, and as the film details Monique’s success and acceptance by her teammates, Newman posits that the wrestling team comes to function as the stable family unit that’s always eluded her.

Monique is the only girl on her wrestling team, but the film appears more concerned with how she’s one of the few in her predominantly African-American community to know her father. Monique is aware of the rarity of her situation, and Newman outlines, sometimes brutally so, the lengths the girl goes to maintain Darrel’s presence in her life. As a way to make extra cash, Darrel enlists Monique to compete in a violent underground fighting ring made up of only female participants. And though the brutal nature of the fights causes Monique to become aware of the trouble her past behavior has gotten her into, Newman suggests a devastating moral justification for the girl’s continued participation in the illegal ring: fighting to help Darrel make more money will mean that Monique gets to spend more time with him.

Though its perceptive about everything from Monique’s body language to her emotional needs, First Match still traffics in the same tired and sentimental clichés that hamper so many sports dramas, from the initial skepticism of a new teammate to the hero team’s obligatory shot at finals. Given the film’s premise, it’s strange that Newman doesn’t explore the complexities of how Monique navigates the new world she finds herself in, or how other high school wrestling teams view her. After Monique initially joins her wrestling team and a brief scene shows her holding her own against her taunting teammates in practice matches, the film no longer concerns itself with the resistance she faces in a male-dominated sport, simply settling for a more narrow and conventional tracing of the girl’s wrestling career. At a certain point, First Match treats her womanhood as an afterthought.

Review: All I Wish