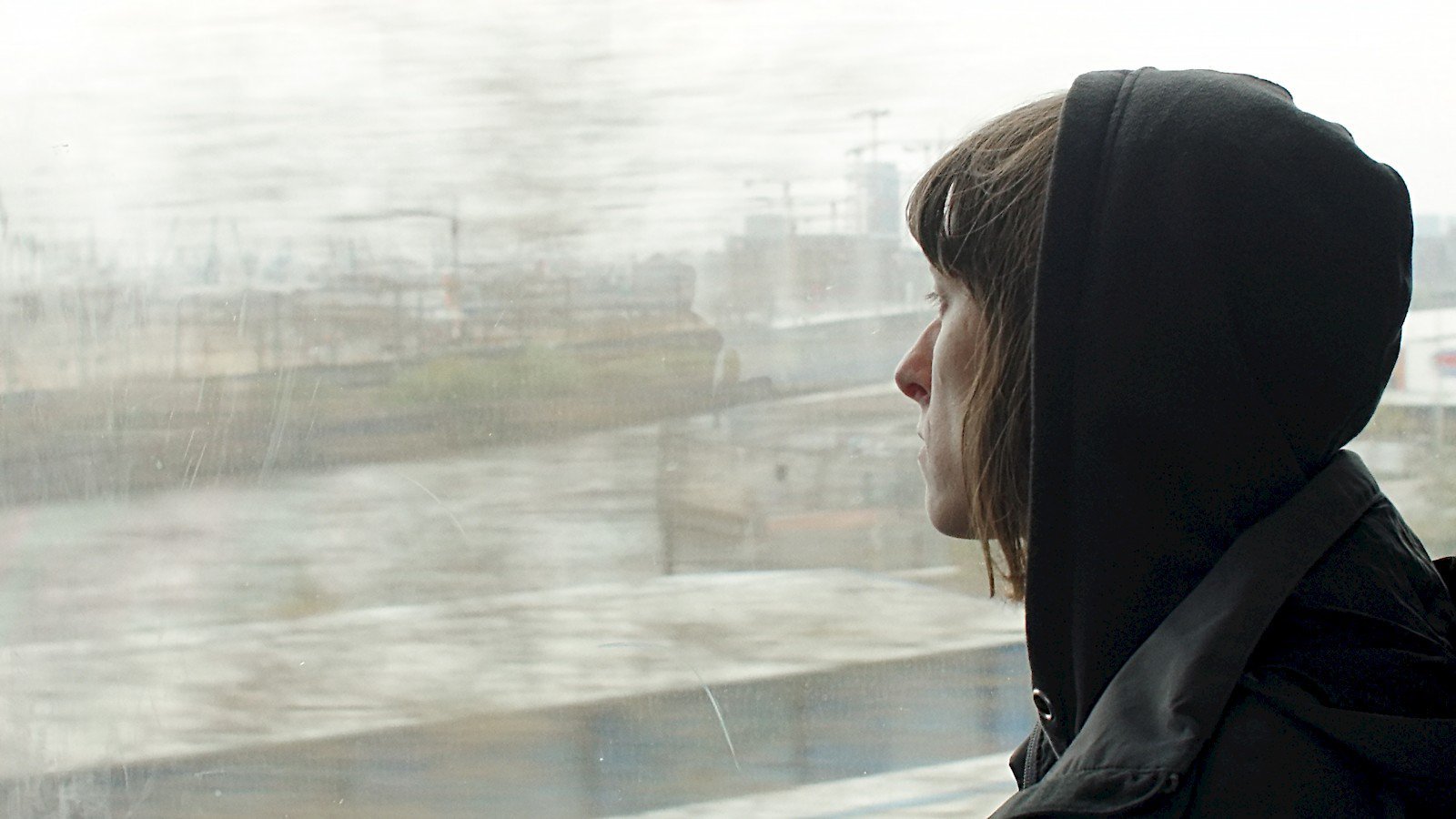 The ocean has provided fertile territory for visual experimentation in recent years in a number of non-narrative art-house films, from Mauro Herce’s hallucinatory Dead Slow Ahead to Lucien Castaing-Taylor and Véréna Paravel’s frantic Leviathan. Helena Wittmann’s Drift can now be added to this micro-genre, which isn’t so much nascent as inextricably connected to an ancient tradition of storytelling based around the unknowable mystery of the sea. Two examples of this narrative legacy get cited early on in the film when its nameless female protagonists share thoughts at a beachfront café somewhere in wintry Germany prior to their parting from one another after a long weekend. One (Theresa George), who will soon embark on a solo expedition across the Atlantic, paraphrases a Papua New Guinea creation myth regarding a primeval crocodile and the warrior who slays it. The other (Josefina Gill), who plans to return to her native Argentina, responds by mentioning the legend of Nahuel Huapi, a Patagonian riff on the Loch Ness monster.

Insofar as these tossed-off monologues comprise the bulk of the dialogue in this largely wordless film, it’s tempting to interpret them as conceptual frameworks for what’s to come. Wittmann, however, ultimately builds to a level of narrative abstraction that renders verbal exegesis beside the point, and it’s more likely that, in relating these folk tales, these women are simply deflecting the anxiety they’re feeling about their impending separation and respective cross-continental journeys. When the film begins following George’s character, the sea itself takes over, as though seizing control from Wittmann and giving credence to her characters’ casual descriptions of primordial forces. For the vast majority of its running time, Drift slips into a trance state that seems to approximate that of its pioneering heroine, who mutates from a tangible woman to a somnambulant cipher, her presence secondary to the lulling movements of the aquatic expanse before her.

In orchestrating this shift in emphasis, Wittmann betrays a deep-seated influence in structuralism and contemplative cinema. For how it also treats a character’s passage from point A to point B as a subject of intense reflection that temporarily overwhelms the story being told, the prolonged montage that intercuts between George’s solemn visage and churning ocean water over the course of a half hour recalls Aurore Clément’s hypnotic train ride in Chantal Akerman’s The Meetings of Anna. Time seemingly stands still as the audience is left to admire the droning field sounds and visual stimulation of the boat’s steady wake. So calming is the overall effect that the woman’s eventual arrival to shore barely registers as such, with Wittmann performing a stunner of a slow dissolve from a placid water surface to a foggy dawn landscape. The goats that eventually appear like mirages on the horizon are the giveaway that we’ve hit land, but the air of maritime stupor distinctly lingers on.

But then, like flotsam and jetsam mysteriously rising to the ocean surface, Drift’s skeletal story elements reassert themselves. After moseying around a magnificent, dreamlike landscape of mossy greens and layered sedimentary rock that attracts angelic seagulls, George’s wanderer boards a train to an unspecified destination and ends up alone in the kitchen of a sleek modern apartment. There, she video-chats with Gill’s character, who gives her a tour of her own living space continents away, their relaxed rapport exposing little of the pain of their separation. That Drift leaves ambiguous the question of whether their relationship is platonic or hesitantly romantic is a mark of the film’s unique power, but Wittmann’s detached, stationary framing makes clear that the women are fundamentally disconnected either way. In a move that reaffirms its structuralist concerns, the film concludes on a bald-faced homage to Michael Snow’s Wavelength: a scientifically precise zoom to a specified point on a wall that transports us back in time and space. Are we ever in only one place at any given moment? Drift offers stirring audiovisual evidence of the idea that, emotionally and spiritually, we never are.