Tetsuya Nakashima’s The World of Kanako follows ex-cop Akikazu Fujishima (Kōji Yakusho) as he bludgeons and growls his way through the grade schools, shopping malls, drug dens, and criminal underworld of Tokyo in search of his estranged teenage daughter, Kanako (Nana Komatsu). Divorced and unemployed, his mind addled from abusing prescription drugs, Akikazu has zero investment in his world. When his ex-wife (Asuka Kurosawa) tells him of their daughter’s disappearance, Akikazu uses the event as a pretense to go on a violent rampage, insulting and assaulting everyone he comes across in a journey that quickly reveals itself to be less about finding his progeny than about getting revenge against the world for all of the perceived injustices that he’s ever suffered. Angry, sweaty, and disheveled from the start, he never bothers to change his one increasingly bloodstained suit, though this doesn’t prevent him from entering schools and shopping malls to physically and verbally abuse schoolgirls and their female teachers.

As the audiences watches him drunkenly ambush everyone he encounters with absolute impunity, at one point even running over several cops with his car, the film increasingly strains credulity. Equally patience-trying is Akikazu’s incessant growling and his ex-wife’s constant wailing. To be fair, Akikazu is no less sweaty and violent with her than he is with everyone else, casually raping and beating her before spending the night and just as casually demanding breakfast from her the next morning. The cartoonish violence and hysteric editing, which jumps back and forth through time to unnecessarily complicate the narrative, ensures that this would-be saga of paternal revenge doesn’t elevate itself above a wantonly nihilistic tale of one man’s self-loathing.

Unrelentingly grim in tone and mood, the film’s motley visual style, aggressive editing, and unnecessary time jumps fail to add depth to its ludicrous plot and shrill characters. While the title sequence nods to ’60s and ’70s yakuza exploitation flics like Seijun Suzuki’s Tokyo Drifter and Branded to Kill, the film lacks their cheerful sense of moral abandon and deep pathos. The World of Kanako swings wildly between the video-game violence of Akikazu’s search for his daughter and the emo self-indulgence of the flashbacks to Kanako’s schooldays, as seen through the eyes of her viciously bullied admirer, Boku (Hiroya Shimizu). The inanity of Boku’s first-person existential musings on Kanako’s lost innocence makes American Beauty’s soliloquy to a floating plastic bag look practically Shakespearean in comparison.

Every character in The World of Kanako is on some sort of drug, prescription or otherwise, which might represent the economic and cultural malaise underlying contemporary Japanese society. Or it might just be another meaningless stylistic gesture on the part of the filmmakers. The answer to this question might reside in the character of the snickering, lollipop-sucking Detective Asai (Satoshi Tsumabuki), who simply giggles at all of the mutilated bodies and despair he encounters throughout the film, especially Akikazu’s. Asai’s mindless schadenfreude perfectly embodies the cartoonish violence, brain-dead misanthropy, and cheap emotional manipulation that underlies the film’s vicious and ultimately pointless attack on the viewer’s psyche.

Belle Review: An Empowering Fable About the Boundaries Between Online and IRL 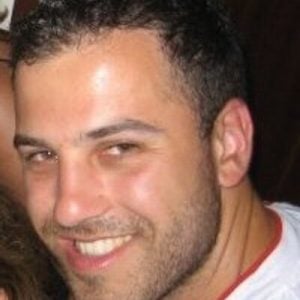