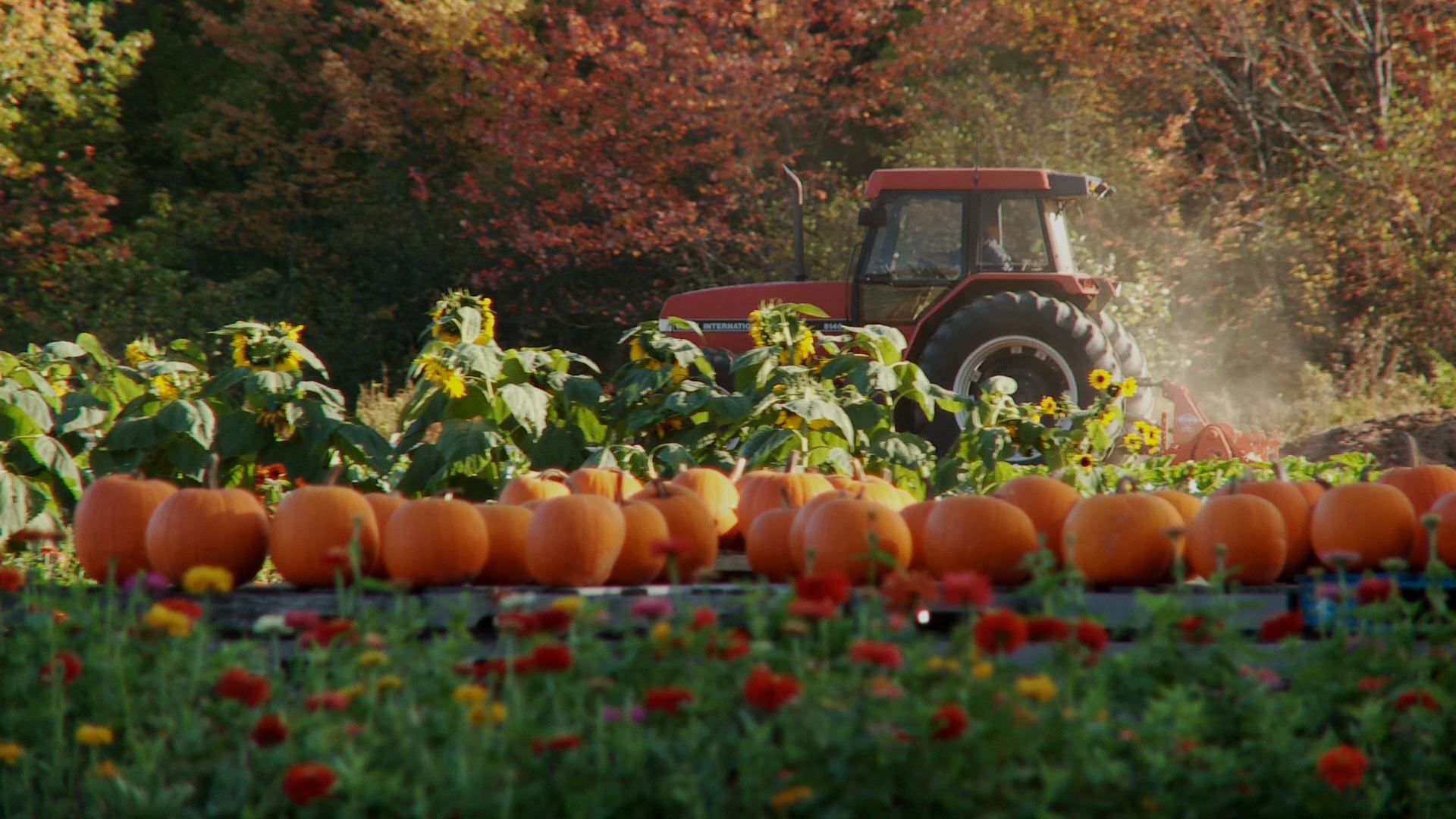 Kristin Canty’s Farmageddon is a plucky, grassroots, urban mulch pile of info-tainment; it teems with unassuming fecundity, and appears determined to offer representatives from every sphere of its subject a voice, even if we’re ultimately not quite sure what to do with its gritty heap of good intentions. Canty herself provides intermittent, barebones narration to introduce herself as a mother whose allergy-riddled child was healed by the holistic properties of raw milk. After establishing this personal stake, she takes us on what often feels like a Flip Cam tour of America’s organic, family-owned co-ops and farms, many of which have been legally and forcefully oppressed by the FDA and regional agricultural institutions.

This subaltern portraiture begins with a discussion of the allegedly mismanaged regulations that keep factory farms belching along, but stifle smaller crop-cultivators. The wildly varying definition of the term “processed food,” for example, and the public’s anxiety over contamination, enables agencies to maintain a tight grip on the sale of leafy greens and roughage. But then the documentary elucidates regulation of a far more violent kind: Civilians describe being held at gunpoint while eggs are overturned and freezers filled with unpasteurized goods are rifled through. In the most dramatic examples, livestock are incinerated with arbitrary cause. (During the first of the five or so “profiles” that the film offers on these alternative food sources, sheep are slaughtered after being proclaimed potential carriers of mad cow disease.)

The government’s motives for these extreme measures are never properly elucidated, possibly because they remain legislative insinuations. Various expert talking heads, including former FDA official David Acheson, authors Kevin Brown and Jordan Rubin, and attorney Gary Cox, liken the issue to the manner in which mid-century shifts in big business realigned acceptable vice in the United States away from marijuana in favor of alcohol and cigarettes. Just as William Randolph Hearst feared the toppling of a paper empire by hemp, the deep-pocketed titans of factory farming’s cheapness grow apprehensive over the seemingly shamanic (read: competitive) benefits of more expensively cultivated raw and whole foods.

Canty crams enough testimony into her running time to make this theory seem sensible and, aside from a clunkily Michael Moore-esque confrontation with a tetchy paper pusher from New York’s Department of Agriculture and Markets, avoids politicizing her crusade for farmer and consumer rights. But the evidence doesn’t quite form a coherent conspiracy; the factoids, especially regarding the prohibition of the sale of raw milk, render a bureaucracy as capricious as it is iron-fisted. (It’s tough to determine what agency we should lobby with outrage, or what an effective slogan for this cause would sound like.) And the most salient anecdotes, such as the tragic sheep-seizing described above, focus more on the visceral perspective of the ostensible victims than on the municipal ramifications of the raids. (Another similar story of a co-op in Ohio provides more details on the guns and the attire of the invading government agents than on the licensing loopholes that the FDA seemingly exploited to legitimize the crackdown.)

What’s more fascinatingly incoherent than Canty’s rhetoric, however, is the loosely knit and far-flung community of homespun dairy farmers and ranchers that she endows with hitherto obscured character. Most of the families and co-ops interviewed started their agricultural endeavors out of personal frustration over a lack of access to whole, fresh produce and unpasteurized animal products. But there’s a wealth of what might be counterproductive diversity in socioeconomic background in this wonky demographic. Some individuals are ex-civil servant while others are more classically hippie, some have a fairly complex grasp of lawmaking while others spout generalizations; you get a headache just thinking about organizing a town hall meeting in the hopes of developing a class action suit or petition. A poll of potential solutions runs the gamut from “remove all regulations and let the people choose” to more sober revisions that observe how existing regulations seem strangely designed to “favor” factory farms rather than more modest, local efforts. This lack of organization is mirrored in the film’s polemic, which shamefully ends without call to action aside from the limply parsed “We need to encourage farmers to produce more nutrient dense food.”

Farmageddon quite piquantly raises questions about the dim figures who determine what’s suitable for national consumption, but it’s more eloquently an ode to a group of dysfunctional, if essential, underground misfits. It’s frightening that the most lucidly political “voice” for co-op rights in the film expresses a desire to storm the FDA and ask them why they “hate freedom so much.”

Karlovy Vary Film Festival 2011: Underwater Love, Medianeras, &a The Skin I Live In