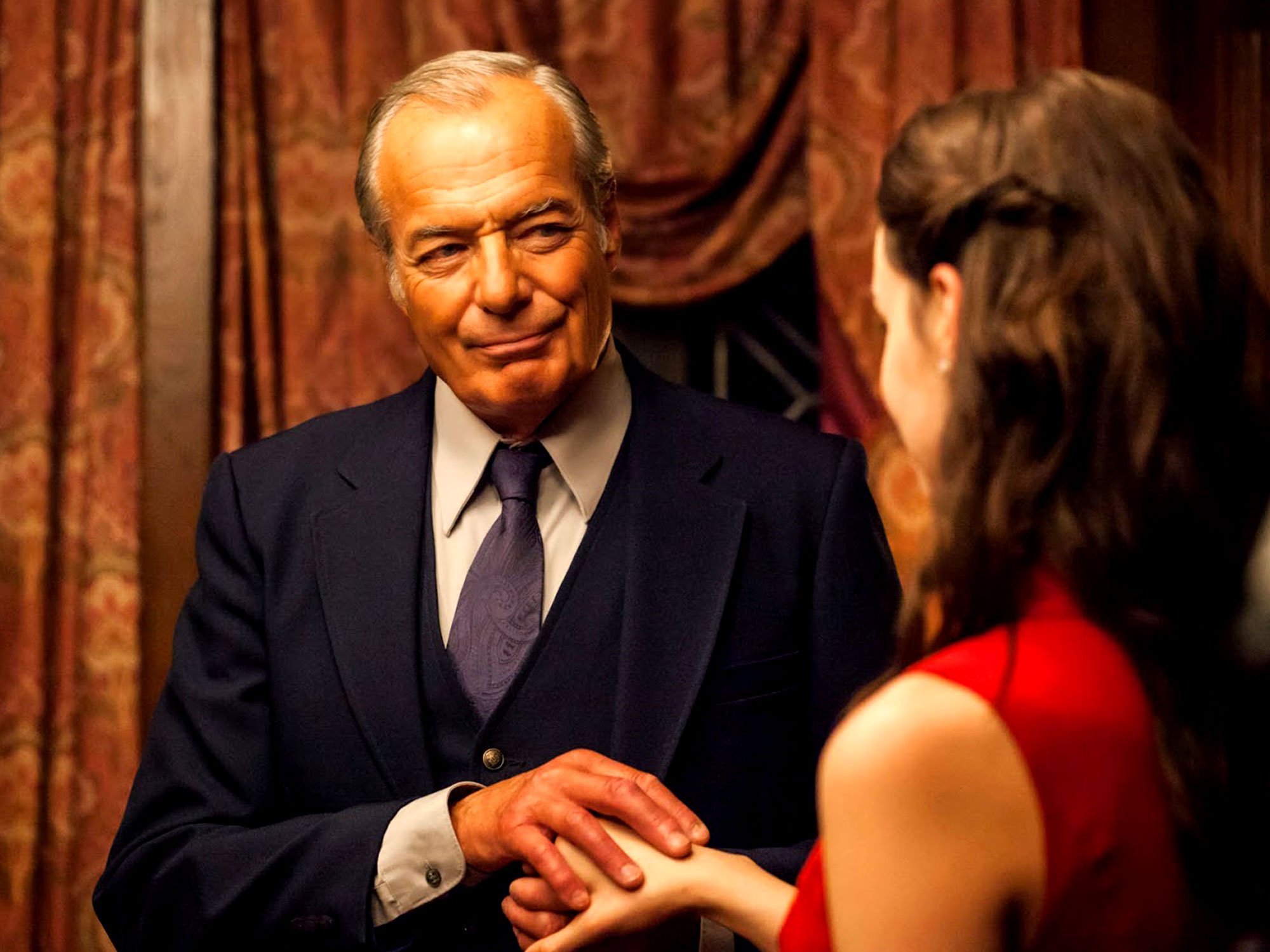 Why are they laughing? This was the question I posed to my colleague as the lights rose in the DB Clarke Theatre, at the end of my first screening of the 2014 Fantasia Film Festival. We’d just endured a rather bleak horror film called Starry Eyes, and I was confounded by the atmosphere in the room—an air of revelry better suited to a midnight presentation of The Rocky Horror Picture Show than an amateur feature’s Canadian premiere. I was duly warned, upon arriving in Montreal that afternoon, that Fantasia is resolutely a people’s festival, which is to say that its spirit resides in the pleasure of the crowd. And certainly a paying audience is free to enjoy whatever delights a film affords them. Horror films, in particular, tend to draw out the boisterous, and I suppose I shouldn’t have been surprised that a room of eager Montrealers could hardly suppress their guffaws. And yet it seemed to me that before a crowd this rowdy, Starry Eyes didn’t stand much of a chance. As the film heaved into action, its seriousness was clearly at odds with the levity the room had anticipated. Nobody cared. The hoots and titters passed through the room like a chill.

Nevertheless, beneath the thin membrane of giddiness imposed upon it, Starry Eyes proved an unusually serious-minded horror film—albeit an unsuccessful one. The film concerns the efforts of an aspiring young actress (Alexandra Essoe) to make it big in Hollywood, where, naturally, untold dangers loom portentously; in her desperate bid for success she finds, as they say in the movies, rather more than she bargained for. This all plays out with some familiarity. The directors, Dennis Widmyer and Kevin Kolsch, make little attempt to hide their influences, and as a result Starry Eyes often feels like a compilation of art-horror references. A vaguely menacing audition for a project that seems to demand a will to self-harm, for instance, owes much to the pirate-TV underworld of David Cronenberg’s Videodrome. And the air of malevolence presiding over Los Angeles is drawn, all too conspicuously, from David Lynch’s Mulholland Drive. (An erotic late-night encounter between two women toward the end of the film begs the comparison even more brazenly.)

Cinephiles of a certain sensibility may gravitate to Starry Eyes for the good taste boasted by such inspirations, but this impression proves little more than a red herring. The film, in the end, doesn’t have much to say about the nature of fame and ambition, other than a bit of facile posturing and shopworn wisdom, and frankly, Widmyer and Kolsch seem more interested in exploitation than reflection. (It’s here that they betray their superficiality, especially as it relates to their influences: Genre conventions in Cronenberg and Lynch are integrated in aid of something richer, something deeper, but in Widmyer and Kolsch’s film, they’re indulged in unthinkingly, for their own sake.) The last act is pure spectacle: faces are smashed, throats are slit, bodies fall apart and gorily deliquesce. And poor Essoe, giving everything to a thankless role, finds the effort amount only to debasement: In a stupefying miscalculation, the film ends with the camera ogling her nude figure. Starry Eyes seems poised, early on, to make a point about the degradations endured by young women at the hands of Hollywood studios. Here Essoe has endured no less at the hands of amateurs. If only the film were self-aware enough to recognize it.

There was to be no laughter through the screening that followed. Indeed, not a sound was heard among the audience for Leo Gabriadze’s Cybernatural—least of all from me, whose jaw remained so tightly clenched through the film that I nearly cracked a molar. Only when the credits finally, mercifully rolled did the silence disappear, as the crowd erupted in applause. The celebration was well-earned. Horror fans, broadly speaking, have come to regard conspicuous gimmicks and ostentatious high concepts with skepticism over the years, as filmmakers—and, more often still, shrewd producers—have exhausted every novelty of form or structure in a bid to seize upon the latest trend. So it’s with due caution that one approaches Cybernatural, which is billed, according to the Fantasia press materials, as “told in real-time, entirely from a teenaged girl’s computer screen.” A faintly desperate variation on the increasingly tired found-footage trend hardly sounds appealing. And yet, remarkably, it works. The framing device proves thoughtful, even rather elegant—an appropriate vehicle for a work of intelligence and wit. Simply put, Cybernatural is one of the best horror films I’ve seen in years.

You might expect, given the restrictions of its computer-screen framing device, that Cybernatural would make for a somewhat uncomfortable viewing experience, that the confines of layered windows and tabbed browsing would soon entrain a certain restlessness. But perhaps the most striking thing about the film is how utterly natural its presentation seems. We’re already so accustomed to this sort of mediation, of course, that observing the world of the film through the familiar architecture of a MacBook feels almost reflexive. It’s also an effective method of facilitating identification: We can easily imagine ourselves in the role of the protagonist for the simple reason that we can imagine ourselves moving that cursor or carrying out those keyboard commands. But this isn’t an exercise in new-media theory, and Gabriadze, loosed of any pretensions, doesn’t bother using this platform to rhetorize about the ubiquity of all this technology in our lives. Instead, the clutch of apps and programs and social networks of which the film makes extensive use are merely there, readily available and entirely mundane. It’s a sort of studied nonchalance. The film regards this abundance of technology in much the same way we do every day: as so ordinary to be practically old hat.

Ah, but it wouldn’t be a story of teenagers and computers if it didn’t engage with the zeitgeist in some capacity. And so we turn to the story. The computer screen to which we’re exclusively moored belongs to Blaire (Shelly Hennig), a popular high school girl who likes to while away her evenings listening to Spotify while she Skypes with her oft-shirtless boyfriend. One night their video chat is intruded on by several of their classmates—along with a pictureless mystery caller. It soon transpires that the caller in question is Laura Barnes, a former friend of Blaire’s who committed suicide after an embarrassing video went viral, apparently back from the grave to take digital revenge. There’s a ripped-from-the-headlines quality to all of this, but the purpose isn’t merely to sensationalize: There are very real, very relevant contemporary anxieties coursing through this story, lending the horror a provocative charge. More impressive still is how effectively Gabriadze illustrates Laura’s brutal reckoning: When the genre-film spectacle arrives, it’s in full force, and the strictures of the framing device manage to amplify, rather than suppress, the impact of the shocks and scares. The result is a staggering thing—that rare breed of horror film to invent a gimmick and perfect it all at once.

Review: Guardians of the Galaxy