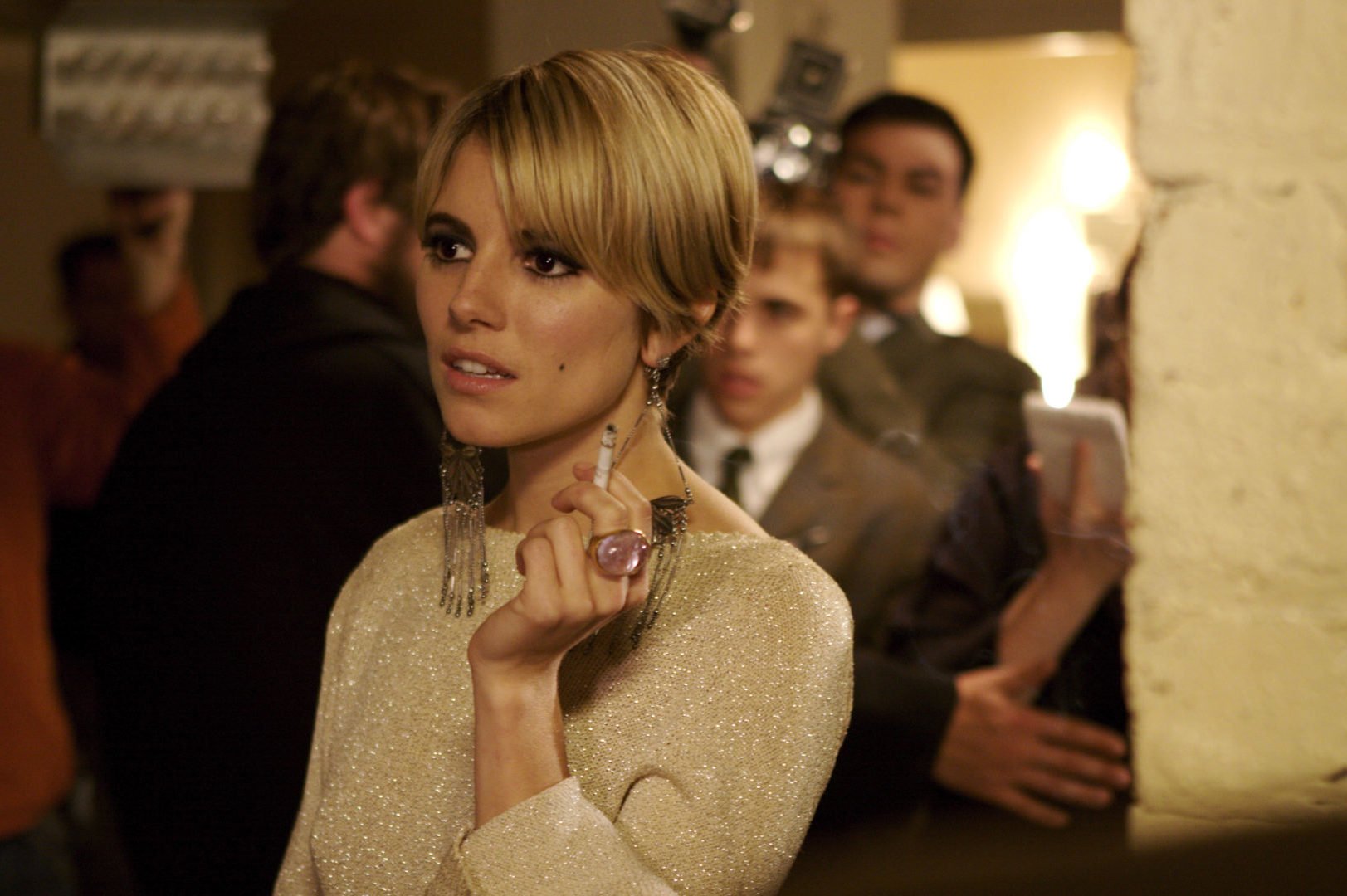 In Factory Girl, a jumbled account of the short life and photogenic hard times of the first Andy Warhol superstar, Edie Sedgwick, Sienna Miller makes Sedgwick into an archetypal over-confident blond with a mannered young Kathleen Turner croak. Though her Edie tries hard to be the life of the party, Miller signals the abused girl’s despair and ultimate doom with her every wayward glance. She doesn’t do anything just like a woman, but she sure does break like a little girl a lot—in every scene, practically.

Tremulously fragile from the get-go, Miller’s Sedgwick is an over-mascaraed pinball who within a year haplessly bounces between the ruthless, effeminate Warhol (Guy Pearce) and the ruthless, macho “Musician” (Hayden Christensen), obviously and risibly based on Bob Dylan. Clearly addicted to important asshole artists, I half-expected poor Edie to run to Paris next and ask Jean-Luc Godard to love her. Instead, we’re treated to overly familiar self-destruction scenes and a big restaurant blow-up where Edie screams, “You used me!” at Warhol. Interspersed throughout are earnest therapy sessions, with an effectively contrasting ugly ‘70s look, where an almost unrecognizable Edie tries to pull herself together. Towards the end, she walks away from her shrink, tosses a “star” smile over her shoulder, and some title cards fill us in (and in, and in) on what happened to Edie after drying out. Then we go back to the Warhol years momentarily, as if the film was searching for its own center.

Clocking in at a brisk 90 minutes, Factory Girl seems to have been manhandled by its producers, and I hope it’s the Weinstein brothers who are responsible for some of the real clunkers in the dialogue, and not screenwriter Captain Mauzner or director George Hickenlooper. Some of Edie’s voice-over is unbelievably trite, especially when she explains what Warhol’s art meant, or that “speed was rocket fuel.” There is a classic bad movie moment, too: Andy invites Edie over for a meal with his mother (Beth Grant), and as Mama Warhol portentously opens a cabinet, we gradually see (wait for it) a row of Campbell’s Soup cans! The depiction of the Factory itself is deeply tired, false and antiseptic; there’s no grittiness here, no feeling for what the sixties and Warhol’s milieu really felt like, which is still quite available to us on the miles of film they left behind. So much of Factory Girl is played in conventional, unrevealing extreme close-up, and the black and white Factory footage never feels authentic. A few brief snippets of an orgy at a party goes by in such guilty flashes that it seems as if someone (presumably the producers) is afraid of really showing what went on during this period. And if you aren’t going to even try to get the daring, and the tedium, and the discomfort of Warhol’s Factory, why bother making a film about Edie Sedgwick?

Pearce is quite suggestive as Andy; his Warhol is so uninflected, so ghost-like, that you really can’t tell who or what he is or wants. He’s like a void that you underestimate at your peril, and when he shifts his eyes to the side apprehensively, as Miller’s Sedgwick often does, you’re not sure that he’s really insecure or just play-acting at it. Still, I think all and all the filmmakers could have been a bit more generous to Warhol. They make a lot out of his passive sadism, especially as he stares wide-eyed at a cruel improv session with Edie that tries to reveal The Dark Side of Jimmy Fallon. There is a chance, of course, that Pearce’s more humane moments got cut out. Christensen’s embarrassing performance as Dylan should have been excised entirely. His “Musician” is a world-famous folkie who is first seen wearing a mouth organ and carrying a guitar, and his initial encounter with Edie is a heartlessly calculated photo op. Later, at a Warhol art opening, he speaks in a raspy drawl and tells her she’s empty, “like one’a them there Campbell Soup Cans.” After some ludicrously “hot” sex between Edie and her Musician, we hear a bit of a song that seems to be about Edie on the soundtrack, but it’s no “Leopard Print Pillbox Hat.” If nothing else, Factory Girl provides Bob Dylan with a fairly good case for libel, and I hope he sucks the Weinstein brothers dry.