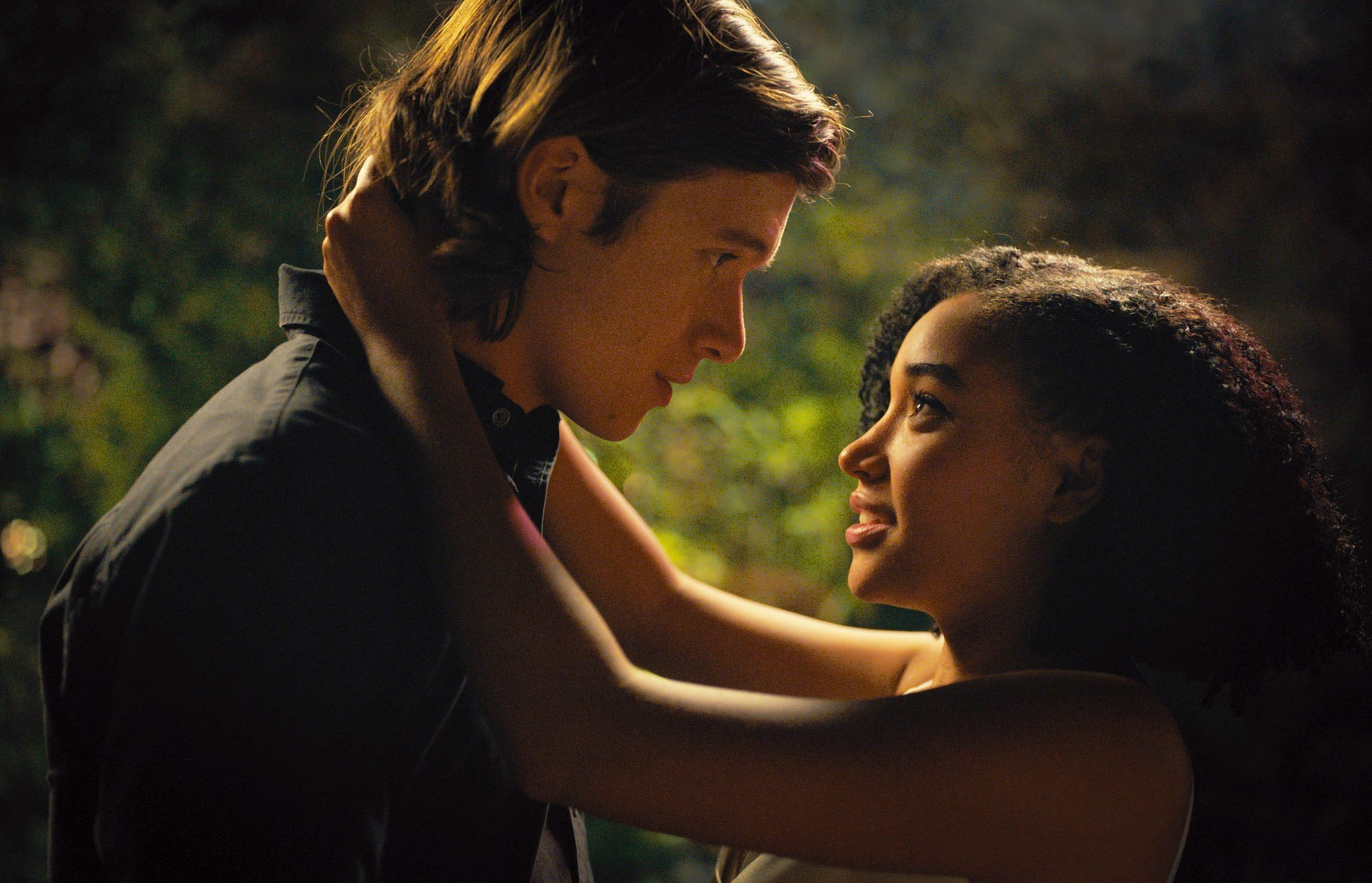 It would almost be tempting to accept the premise of Everything, Everything as a metaphor for, as your worst Facebook friends are so fond of repeating, “special snowflake syndrome.” Alas, this drippy adaptation of a popular Nicola Yoon book embodies some of the most literal-minded tendencies of the Y.A. genre. Amandla Stenberg (smiling bashfully throughout) plays Maddy, a teen girl who would be a high school senior but for the fact that she’s quarantined to her hermetically sealed, fully irradiated, autoclaved, and Architectural Digest-worthy home. For her entire life she’s had contact with only her doctor mother, Pauline, (Anika Noni Rose), her friendly day nurse, Carla (Ana de la Reguera), and Carla’s apparently mute daughter, Rosa (Danube R. Hermosillo). She suffers from a disease that’s left her immune system powerless against even the slightest infection, but as it turns out, she’s most vulnerable to the hot piece of boy bait who just moved in next door, Olly (Nick Robinson).

Everything, Everything seems to posit that, despite having spent more than 6,500 days living in Los Angeles, Maddy has never happened to capture a glimpse of a random tawny shirtless skater, of perhaps a particularly short-shorted and thick-thighed U.P.S. truck driver. No, the sight of Olly goofing off with a bundt cake proves the only thing capable of rewiring Maddy’s brain away from posting one-sentence book reviews on her personal website and onto making like a distaff teen Jimmy Stewart in Dear Window. The scenario reduces to an illogical conclusion the notion that falling in love means losing the sense that anything else in the world matters, which director Stella Meghie drives home by staging Maddy and Olly’s early text-based conversations in Maddy’s own imaginary universe. The two banter in sterile fantasy environments surrounded by no one but, incongruously, a silent astronaut. (When they finally do start talking IRL thanks to some machinations from Carla, Meghie steals Woody Allen’s bit in Annie Hall where the characters say one thing while subtitles translate their actual thoughts.)

Maddy’s own life as a girl in a square, glass bubble loses its luster with each glimpse of her floppy-haired paramour, and it doesn’t take long before wanderlust and just plain lust converse like two storm fronts. Everything, Everything, too limited in scope to earn a sense of pathos, also doesn’t import much of a sense of gravity surrounding Maddy’s reckless central decision to throw caution, and her respiratory system, to the wind with a surreptitious trip to Hawaii, though Stenberg and Robinson are believably winsome together. And when the film’s real plot crux arrives, it’s such a by-the-book Y.A. device that even the throngs of giggling-fawning teenagers in the film’s target audience aren’t likely to accept it as romantic fatalism but, instead, 2017’s cutest manifestation of trendy gaslighting.