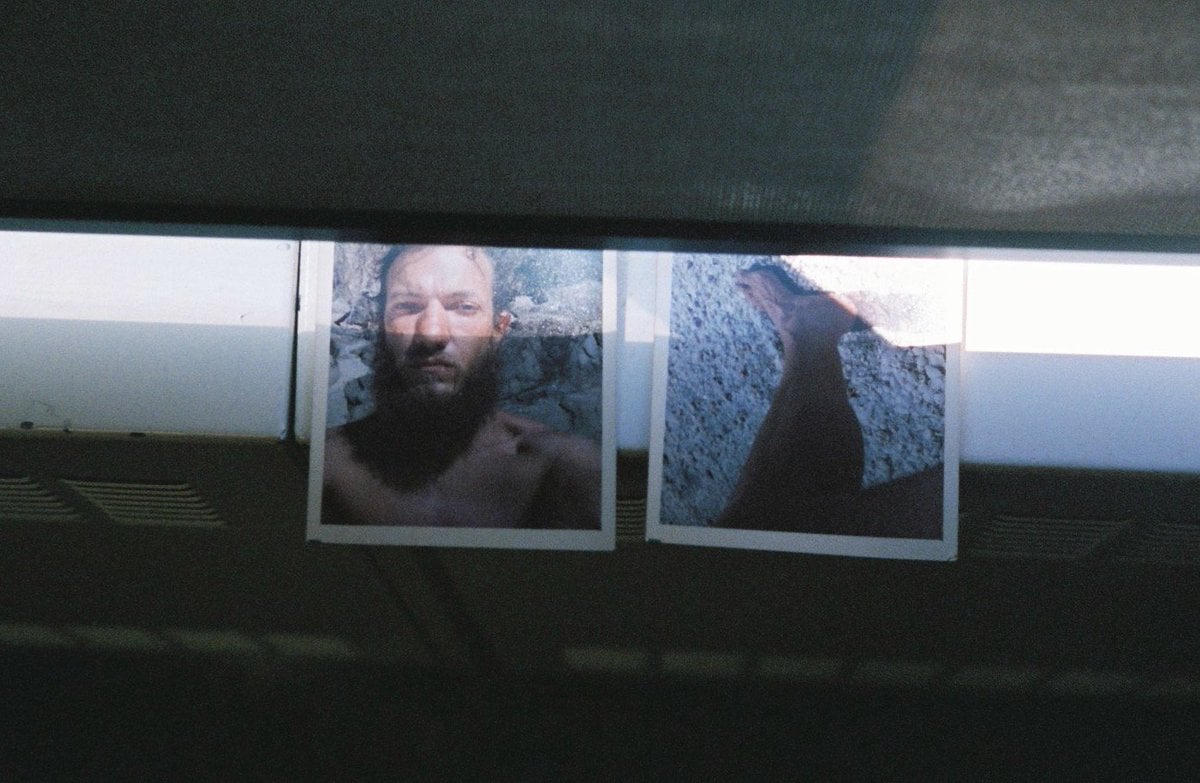 In The Music of the Spheres, Jamie James writes that “Pythagoras defies categorization: a primary thinker in philosophy, mathematics, music and cosmology, he may in fact be best thought of as one who challenges the legitimacy of categories.” One could say the same of the subject of filmmaker and musician Luke Fowler’s aptly titled Electro-Pythagorus: A Portrait of Martin Bartlett, a little-known Vancouver-based composer whose work blurred the lines between music, technology, ethnography, and mysticism.

Bartlett believed that the usual distinctions in music—between composer and musician, performer and audience, even instrument and player—were purely artificial. Inspired by the aleatoric strategies developed by avant-garde composers like John Cage and Terry Riley, Bartlett invented new electronic instruments which could learn, respond, and make choices on their own, essentially becoming composers and performers themselves.

Despite the obscurity of its subject, Electro-Pythagorus doesn’t bother to delineate the facts of Bartlett’s life—to tell us, for example, that he co-founded the Electronic Music Studio at Simon Fraser University or that he helped establish the Vancouver arts center Western Front. Instead, Fowler evokes Bartlett’s life in impressionistic fashion, recalling Peter Greenaway’s early work. He combines archival footage with grainy yet gorgeously photographed 16mm shots of often seemingly random locales: a street corner, a library, a track. Though Fowler never explicitly clarifies the significance of these places, they seep into our subconscious, creating complex yet surprisingly palpable sensations of particular settings in Bartlett’s life, such as the neighborhood where he lived and the college where he taught.

Throughout the film, Fowler uses no synchronized sound, instead laying music, interviews (new and archival), and plainspoken readings of Bartlett’s letters over his dense and vigorous visual montage. The combination creates a hypnotic and oddly soothing effect, not unlike the gamelan music Bartlett so admired. Fowler simultaneously gives his audience too much to take in and not enough. We’re overloaded with images we don’t quite understand and voices whose origins we don’t always know, and yet, instead of producing a sense of anxiety—a feeling of being overwhelmed and underinformed—we come to share a sense of intimacy with both Fowler and Bartlett. We’re inducted as co-collaborators, divining and creating our own meaning out of Bartlett’s life and ideas as well as Fowler’s prismatic evocation of them.

Fowler allows us to access some of the intimate details of Bartlett’s life in intriguingly indirect ways. We don’t need narration to inform us that Bartlett died of AIDS, because we divine this from an angry, anguished letter he wrote to the pharmaceutical company Bristol-Myers Squibb complaining about the disgusting taste of their DDI tablets, which he felt robbed him of his human dignity. And we don’t need some talking head to tell us how important Bartlett’s music was, as we can glean this ourselves through the ample selections Fowler provides on the film’s soundtrack, which is nonetheless limited by the fact that Bartlett largely eschewed recording for most of his life.

Bartlett’s work ranges from virtuosic keyboard noodlings reminiscent of Terry Riley’s early output to simple synthesizer melodies to squalling electronic proto-noise. Undergirding it all is a thirst for new modes of expression, different ways of seeing and hearing, and a complete rejection of what Bartlett calls “readymade solutions.” Fowler, too, disregards pre-fab conventions in favor of restless exploration, ultimately giving us a portrait of Bartlett that’s every bit as unique and inventive as the man himself.

Review: Anna and the Apocalypse