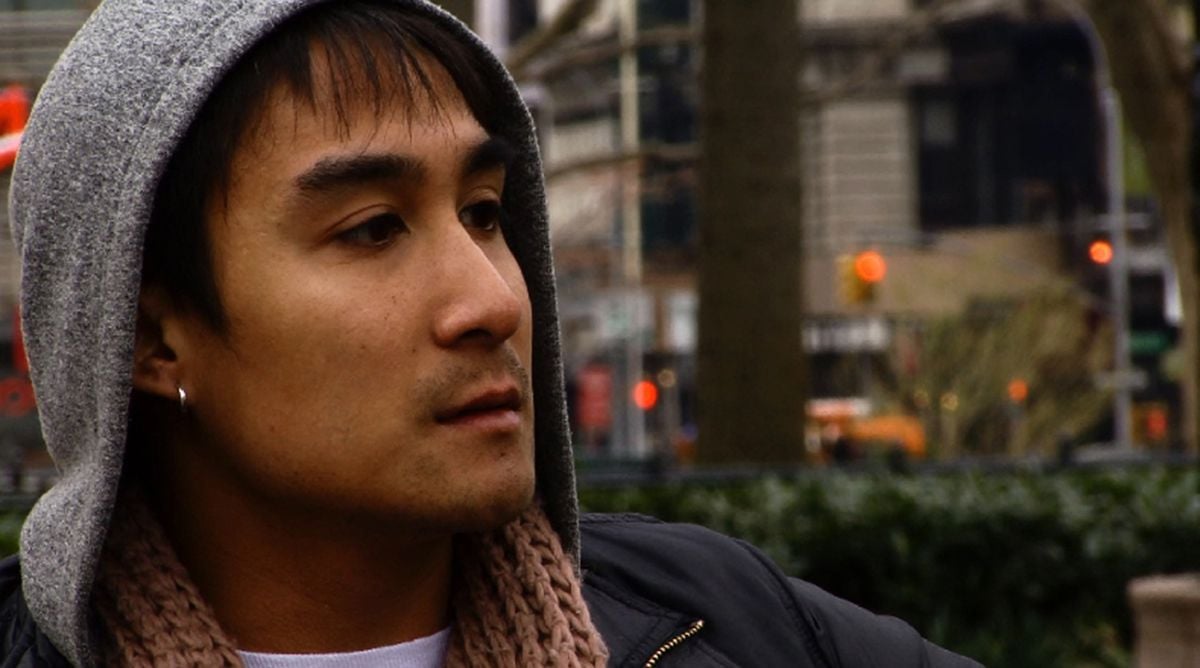 As movies about the fashion world go, Dressed isn’t very fabulous. But then again, director David John Swajeski isn’t trying to make a typical fashion movie: His documentary follows a young, aspiring fashion designer, Nary Manivong, who grew up homeless in Columbus, Ohio, after he was abandoned by his Laos-born parents at the age of 14. As the movie takes pains to communicate, it’s this troubled past that has both inspired Manivong creatively (after picking up his first copy of Vogue as a teenager, he “knew immediately it was what I wanted to do”) and driven him to meet his end goal. Scraping by on about $6,000 in savings and the charity of friends, one of whom lets him crash at her Queens apartment rent-free, Manivong attempts to put on a show during New York Fashion Week, in hopes of eventually launching his own brand.

Manivong’s story is not without drama. If he’s not running from one factory to the next, making last-minute alterations to his dresses, he’s reliving another fresh childhood trauma. Only 11 days before he’s scheduled to show, the gallery space he’s rented drops him for a higher-paying client. With invitations already sent and almost no money left, he decides to take a trip back to his hometown (why, it’s not entirely clear), where he meets his twin brother and former high school principal. We learn, among other things, that Manivong was beaten by his drunk dad and stole naps in a 24-hour donut shop.

It’s hard not to feel badly for the guy, but Swajeski strains to draw connections between this harrowing past and a more optimistic future. Title cards interrupt the action with facts that are either extraneous (“2 out of every 3 homeless are children”) or that could be translated in more elegant ways (“All the money Nary makes from odd jobs goes toward his collection”). The choppy, “dramatic” editing (lots of quick zooms and flashes of black and white) wouldn’t be out of place on an episode of Intervention. When, at one point, Nary informs the camera that he keeps a piece of paper in his pocket that reads, “Nary, you can do it—believe,” the moment seems almost too good to be true: The filmmakers really did find the Oliver Twist of the Garment District.

Or maybe it’s just harder to feel badly for someone whose life aspiration is fashion, a world that entails all the cattiness and insidery social connections of New York’s creative industries. (Despite his serious setbacks, it’s hard not to take note of how easily, in the end, Nary borrows money from a friend in order to release his final dresses from a factory before the show.) The talking heads in the background—including an editor from Paper magazine, the creative director of Barneys, and a fashion writer for the Village Voice—all seem far more soberly aware of Manivong’s challenges than Manivong. (Quote of the film: “Fashion is not glamorous. Butchery would be more glamorous.”) More than one suggests that, rather than trying to launch a one-man clothing company with little-to-no industry experience, he might try getting a job.

But Dressed is not a movie concerned with petty details like jobs—or, for that matter, Manivong’s dresses, which are fine if unremarkable. The end credits tell us that it’s dedicated to “all those who pursue their dreams no matter how great the odds,” a hard platitude to argue with, and an epilogue shows Manivong continuing to pursue—and beginning to achieve—those dreams: After the show, he finds an investor who backs his next collection, and later he collaborates on a line with Tommy Hilfiger’s daughter, Ally. Manivong even admits, somewhat depressingly, that he prefers to design the kind of feminine, luxe dresses he never saw growing up. All of this follows a clear rags-to-riches emotional arc (“from the streets of Columbus to the runways of Manhattan”), yet it’s hard not to wonder, for a film purportedly concerned with poverty, why it doesn’t ask more challenging questions, like what happens when people from the streets of Columbus never make it as brand-name fashion designers in New York—or when they learn, perhaps, that such dreams can be their own kind of destruction. That would’ve been an interesting movie.

Review: The Other Woman