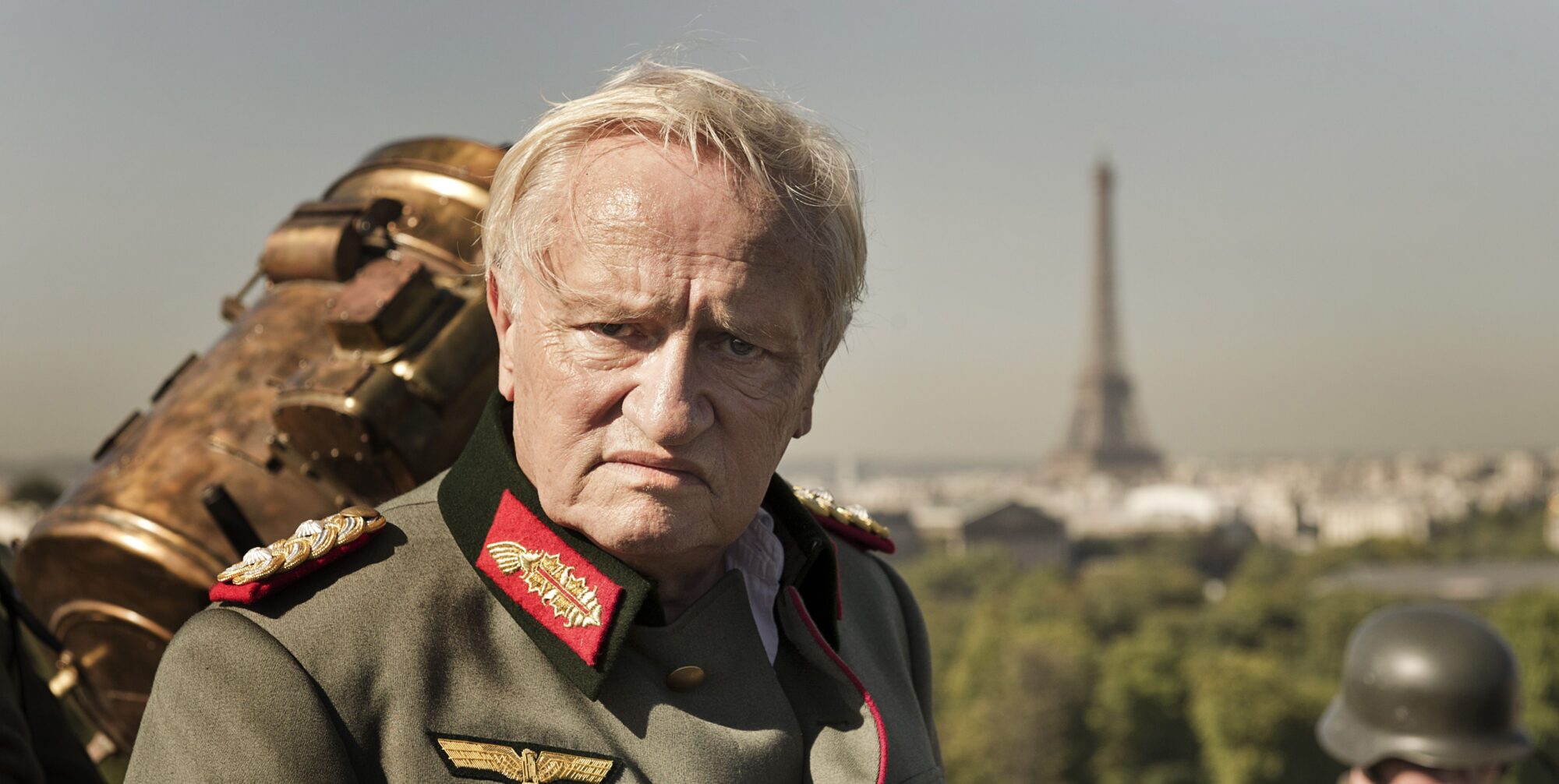 Like Lincoln, Diplomacy eschews the frontline combat of a major historical event to concentrate on the politicians and warlords deliberating inside hermetically sealed spaces on how best to dodge cataclysm. Volker Schlöndorff’s effort centers on another authority figure (at one point likened to Abraham, albeit the bibilical rather than presidential icon) with a penchant for gazing meditatively out the window of his opulent office at the battle-scarred landscape upon which his decisions take effect. The setting is 1944 Paris, troubled by the omen of an upcoming Hitler-ordered annihilation, but until the script takes the viewer into the streets in its second half, it might as well be the enigmatic war zone of Bergman’s The Silence.

Most of Diplomacy is a two-handed chamber drama restricted to a pressurized hotel suite leased by the German occupation, a half-lit royal office that plays host to hours of zigzagging polemics between Nazi commander Dietrich von Cholitz (Niels Arestrup) and Swedish pacifist Raoul Nordling (Andre Dussollier). Though populating their arguments with context-specific information throughout, theirs is an archetypal debate between unquestioning obedience to authority and rational foresight.

Relying on newsreels to ground its liberally fictionalized back and forth in historical record, even at one point draining its staged footage of color for a brief moment of trickery to further visually meld the reality and its recreation, Diplomacy isn’t really fooling anyone into feeling doom-laden suspense (Paris, after all, is still standing), but the principal performers sell the momentousness of the drama. The actors are a dynamic match: Dussollier’s mellow countenance belies a steadfast determination, while Arestrup’s traditionally authoritative body language functions as a smoke screen to hesitation over the legitimacy of his convictions.

Schlöndorff’s direction has been referred to as “stagy,” a too-easy shorthand for the assumed aesthetic deprivations of one-location talkies, but there’s subtlety in how he measures dispute and compromise spatially and through light across the widescreen frame. Witness one scene early on when Dussollier recedes from the camera, and from Arestrup, into deep blackness, only to suddenly be revealed in a back corner of the frame by an overhead lamp as he takes an overwhelmed seat.

If there’s any artistic convention tangential to cinema that the film is too unthinkingly reliant on, it’s blandly mood-enhancing orchestral music, which successfully ushers an already straightforwardly didactic problem-solving lesson toward world-historical schmaltz. That Diplomacy as a whole never hits such a plateau is attributable first and foremost to its two lived-in faces of European cinema, elegantly transposing the project’s stage origins to account for the infinitesimal psychological detail of movies.

Review: The Book of Life