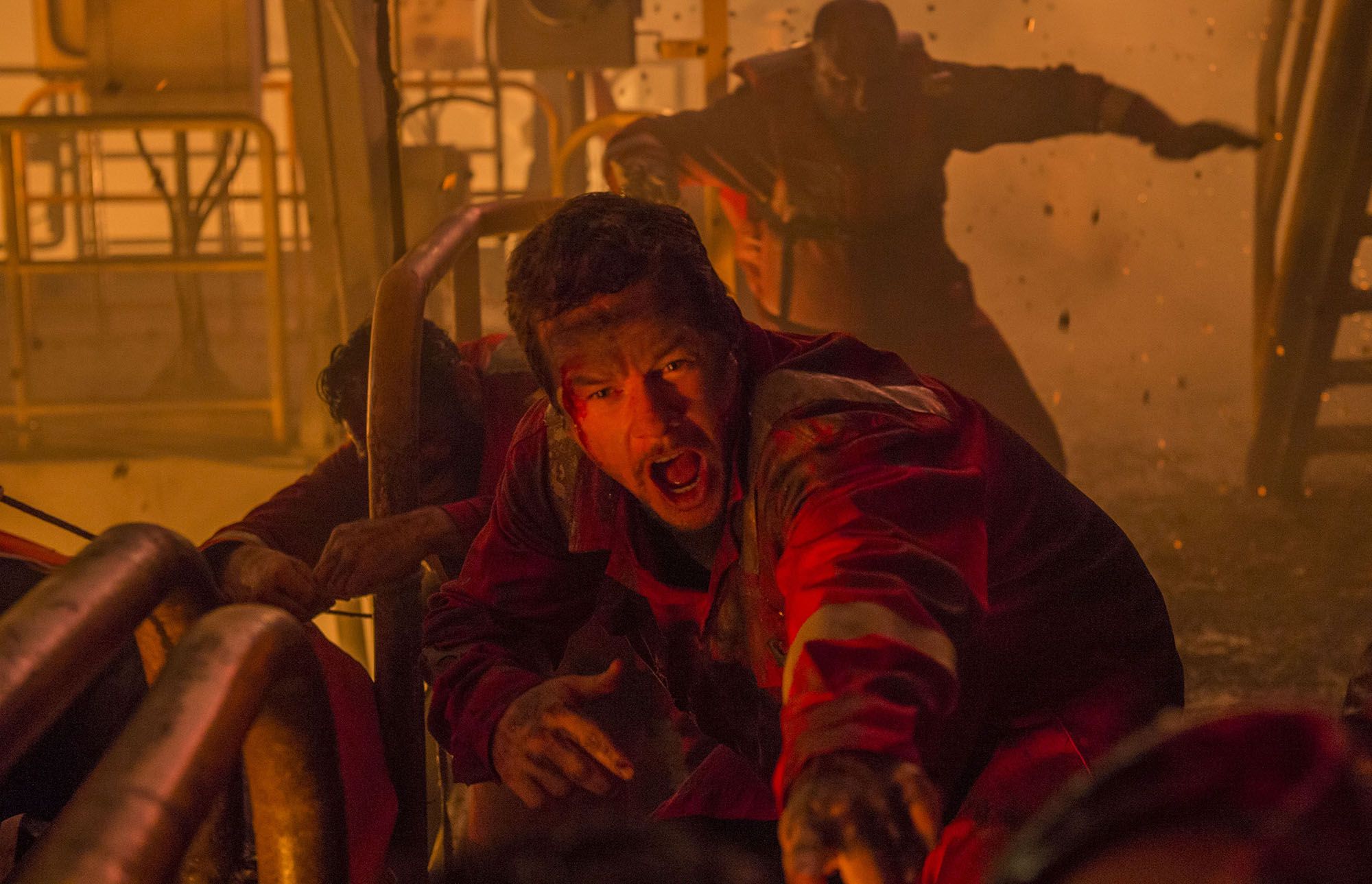 Peter Berg’s Deepwater Horizon is bookended by the voice of the real Mike Williams, an electrician on the eponymous BP-owned oil-drilling rig that exploded off the Louisiana coast in 2010, unleashing millions of gallons of crude oil into the Gulf of Mexico. Taking audio of Williams’s congressional testimony, the filmmakers first introduce, then recapitulate a story of corporate negligence and utter chaos around one of the few undeniable heroes of the horrific disaster. This is nothing new for Berg, who tends to favor rough but noble protagonists, but where his last few films largely acted as justifications for the military-industrial complex of the 21st century, his latest is an equally passionate rebuke to the destructiveness of greed.

Much of the film unfurls as a dizzying fusillade of jargon, with Mike (Mark Wahlberg) and others aboard the Deepwater Horizon speaking technical language to each other at the pace of Aaron Sorkin characters. Upon flying out to the offshore rig, Mike and his manager, Jimmy Harrell (Kurt Russell), swiftly take note of numerous issues with the rig’s equipment, from inconsistent phone connections to more pressing structural weaknesses. Jimmy grills on-board BP executives over their refusal to adequately test anything, much less pause the rig’s operations for necessary repairs, and he laces rhetorical questions to them with almost Socratic sarcasm, using the most complicated and precise language he can to hammer home how much more qualified he is to make safety calls than penny-pinching suits.

Given the foregone conclusion of the Deepwater Horizon catastrophe, the film nimbly eschews any attempt to create a sense of normalcy aboard the rig, generating a constant state of tension even when Mike is still at home with his family, as in an early scene in which his young daughter, Sydney (Stella Allen), recreates the rig’s process with a Coke can and inadvertently sends soda spraying all over the kitchen. Yet the omission of any false sense of calm also locks the early scenes into hollow theatrics, filled with Mike and Jimmy’s snappy comebacks to the BP executives’ blasé disregard, embodied most vilely by Donald Vidrine (John Malkovich), who cannot hide his sneer at what he perceives to be the softness of the Deepwater Horizon crew to simply keep working despite their misgivings. Through sheer repetition, Jimmy’s furiousness loses its bite, rendering a scene of Jimmy receiving a safety award just as the rig gets ready to blow as nothing more than flippant irony.

When the rig’s drilling at last triggers the pent-up gas under the seafloor, the resulting maelstrom finds Berg more naturally in his element: staging effects-heavy, blockbuster-level pandemonium. The consuming eruptions of mud, gas, and, at last, fire, are stunning for the way the images, buried in dozens of edits, capture the disorientation of the swift, total collapse of the station, which turns into one colossal fireball so quickly that many workers on board don’t even realize there’s a problem until everything around them is aflame.

After that initial frenzy of activity, however, Deepwater Horizon pulls back from the effectiveness of its macro view of hell on earth to focus narrowly on Mike’s heroism. Wahlberg basically played this role for Berg before, in 2013’s Lone Survivor, only this time he plays a more morally unimpeachable character. But once again Berg betrays the limits of his vision, pivoting to a series of applause moments for when Mike saves an injured shipmate or inspires someone to keep fighting for survival.

By narrowing the scope of his lens, Berg loses sight of the outrage that informs Deepwater Horizon’s early scenes, to say nothing of the failure to suggest even a passing interest in exploring the disaster’s importance in highlighting the need for safer, renewable energy that destroys neither lives nor the environment. Mike Williams’s heroism is beyond reproach, but it’s also the least meaningful aspect of the story. Watching his feats of perseverance provides an outlet for the horror and disgust surrounding the incident, neutering the true impact of the rig’s conflagration. Deepwater Horizon should be a cautionary tale for the lingering willingness of the world’s elite corporations to risk laborers’ lives for the bottom line, but in Berg’s hands, it’s a hollow account of the resilience of the human spirit.