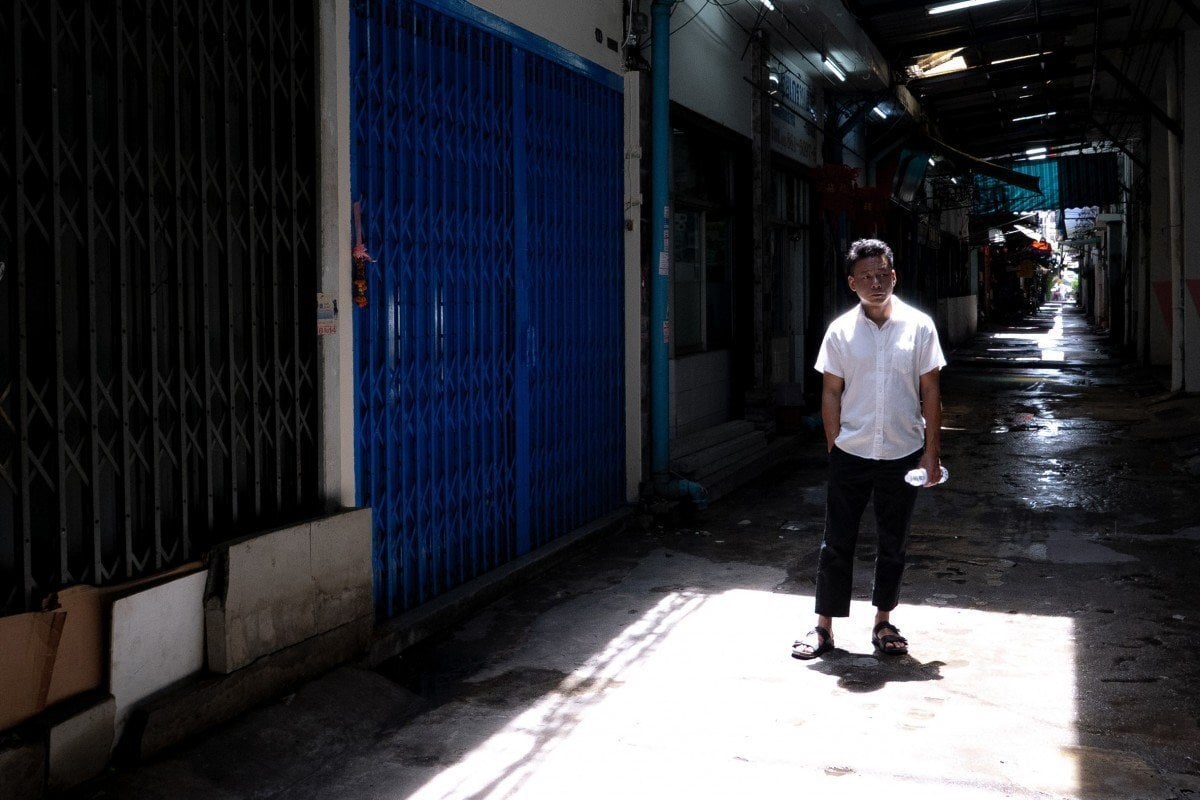 Centered on the quotidian lives of two unnamed men (played by Lee Kang-sheng and Anong Houngheuangsy), Days finds Taiwanese auteur Tsai Ming-liang reflecting once again on people’s unspeakable loneliness and alienation in a world lacking in reciprocity. In a series of tableaux vivants, where the camera remains mostly still and sound is entirely diegetic, the uneventful days of the two men unfold, or, considering the film’s meticulous attention to such elements as water and fire, you could say that they burn slowly.

Indeed, the younger man (Houngheuangsy) stokes the embers of a fire so he can methodically make his lunch, washing vegetables and fish in buckets inside his bathroom and concocting a makeshift stove by placing a pot on top of the other one containing the embers. The older man (Lee), in turn, is seen taking a bath, stretching his sore body in the woods, and staring out a window for what feels like an entire afternoon, as he listens to the sound of water. Were Lee facing the lens, the sequence would belong to the same documentary universe of Wang Xiaoshuai or Sergei Loznitsa—of evidence through dogged visual persistence.

Though Tsai warns us from the very first frame that the film is intentionally non-subtitled, almost nothing is said in Days. And in such moments as Lee’s character sitting in a chair and looking intently at an off-camera window for a long stretch of time, an entire film unfolds across his face. And it tells a story of grief and regret, punctuated by a few loud screams, with the older man’s expressions changing with masterful restraint. And while there’s no talking in Days, there’s plenty of sleeping. Naps on top of rickety mattresses or hotel room beds that recall Melanie Schiff’s “Sleeping Boy” photo series, in the ominous ways these images of sleep suggest symptoms rather than the body’s clockwork going through its motions. Is this what we call restorative sleep? In any case, it doesn’t seem to be working.

These characters seem driven to silence by the world. The older man tries to mend his aching body with a neck brace and by receiving a crude form of electrical stimulation therapy—a self-referential nod to The River, Tsai’s masterpiece about a young man (played by Lee) suffering from a mysterious neck pain. In Days, Lee’s character’s pain has metastasized from the neck to the back. And besides the electrical stimulation therapy, he seeks the help of a masseur. That’s when both men meet for the first and only time. The younger one has been summoned to a generic hotel room, where he administers the oiliest of body rubs on the older one, which includes a happy ending—the only one either of them is likely to ever get, we sense.

After the massage, the older man jumps in the shower, and the younger man joins him without being invited, diligently lathering the other man’s body. Afterward, the older man hands the younger one his cash payment and, then, almost forgetting it, in the way we tend to forget the most important detail of a recounted dream precisely because that’s where its uncomfortable crux lies, he reaches for something in his suitcase: a gift he offers to the masseur before he departs. It’s a small music box, which the young man, touched by the gesture, is quick to wind so he can finally listen to what he has to say, even if by proxy.

It’s easy to feel as if the film’s pathos begins to slip through Tsai’s fingers as we listen to the melancholy song produced by the music box. On screen, such a memento is often used as a symbol for sorrow, and as such would appear to be at odds with the director’s penchant for ambiguity. Yet Tsai is quick to deliver us from hackneyed territory by having the young man wind the music box again and again and again, turning the prop into something else altogether. Something that allows the unsayable in all of its banality to finally be expressed. Do you see me? Will you love me? Not through repression in the form of silence nor the sentimentalism that the song from the music box might produce, but through insistence. It’s enough for the older man to run after the younger one before he disappears into the night and invite him to have a meal together. Reciprocity might be impossible in a world rigged against queerness, Tsai seems to say, which doesn’t mean that certain things can’t still be shared.

Review: Sorry We Missed You Sounds a Clarion Call for Worker’s Rights